A spring visit to local villages in Lingchuan, Guilin: Part I 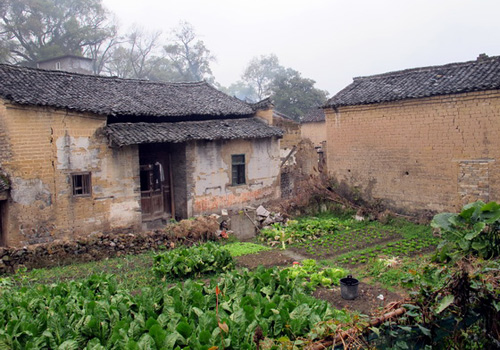 The bothersome freezing winter in Guilin passed finally and here is now the season of spring rains. In spite of the unpleasant weather, the weekend trip of our team still went on schedule at Saturday last week. A 40 minutes drive by bus in the morning brought from the square of Guilin International Conference and Exhibition Center to the gate of Guilin University of Electronic Technology (GUET), from which our hiking to countryside of Lingchuan County normally started. Our scheduled hiking route is: Xi'an Village (西岸村) – Dong'an Village (东岸村) – upper Wuma Village (上午马村) – lower Wuma Village (下五马村) – Wumaling Ancient Path – Nanji Village – Xiong Village – back to Guilin by bus.
Tags: hiking ancient villages Lingchuan Guilin 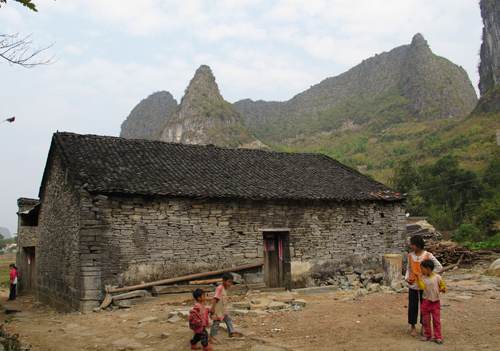 At the Yangmeiling (杨梅岭) of Putao (葡萄) Town of Yangshuo County there hides a small stone town with four stone gates, which need 3-4 hours to walk through all of them. Embraced by continuous mountains, this ancient stone town is apparently isolated from the bustling and hustling outside world. Thanks to that, it still looks like an unaffected Shangri-la where the local live a simple and autarkical life and remains a wonderful destination for hiking lovers.
Tags: ancient stone town hiking treking Li River Yangshuo Guilin
1... ‹‹ 22 23 24 25 26 27 28 29 30 31 ›› ...49