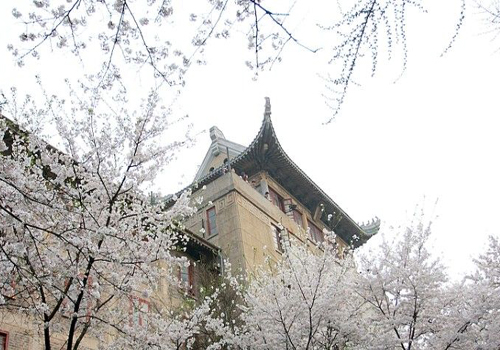 Time: March 17th – March 20th
Cherry blossom in Wuhan University enjoys a history of more than seventy years, so the school is reputed for the saying that if you are to appreciate sakura in March, there is no better place than Wuhan University. Walking on the roads under the flowering cherry at eventide, you would linger until darkness descends. Moreover, East Lake Cherry Blossom Park, close to the university, grows over 5,000 flowering cherries. During the cherry blossom festival in March or April, night scenery of the park often catches the eyeball, with lights of various colours making the trees distinctive against the Japanese style architectures. 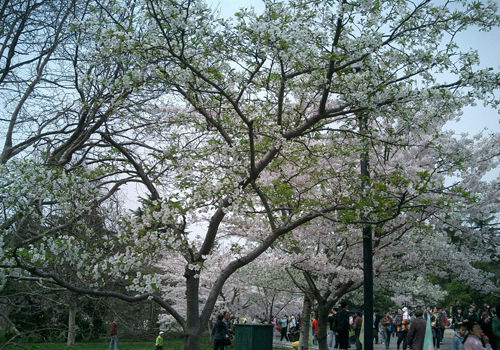 Probably Qingdao looks most poetic in April, witnessing a flux of people coming for cherry blossoms. In the Qingdao Zhongshan Park, some 2,000 flowering cherries are welcoming visitors from all over the world. Now not only cherry blossoms, but also any other spring flowers like peach blossoms, yulan and tulips are awaiting you there. You can indulge yourselves in the ocean of the flowers. 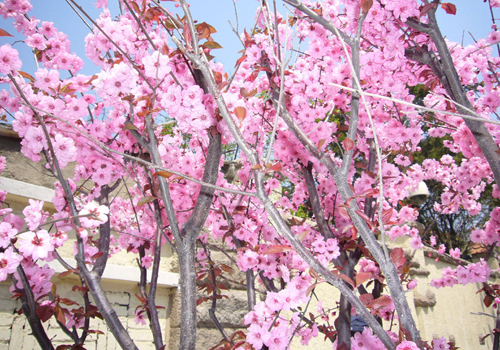 Time: April 12th- April 15th
Many people are not likely to know that Ba Da Guan enjoys cherry blossoms. One of its roads, Juyongguan Road can be counted as a place where you can feast your eyes with large quantity of sakura. Sunshine on the ancient architecture, white blossom kissing your cheeks, you will find everything goes perfect. 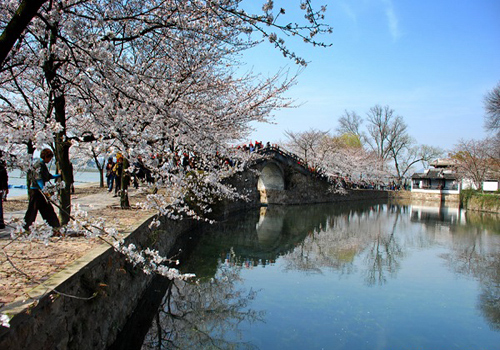 If you are in Yuantouzhu, the best place to appreciate cherry blossoms is on the Changchun Bridge. The quiet environment, classical pavilions, and arch bridge throw the flowering cherries into elegant beauty. Shutterbugs in Turtle Head Isle can take marvelous pictures with sakura as foreground and the seven-masted boat as background, which cannot be snapped in any other places. 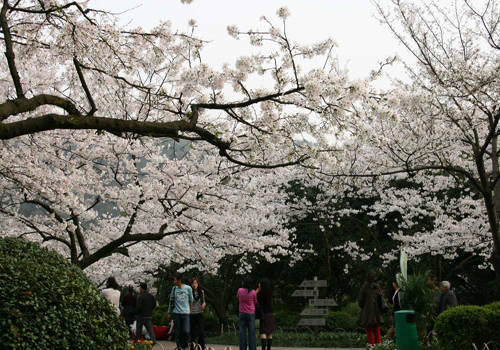 Time: March 17th – March 20th
On the south side of West Lake, Taiziwan Park is a better place in Hangzhou to enjoy cherry blossoms. Although sakura in Prince Bay Park is overshadowed by any other sakura areas of China, it is still quite popular as a wedding theme park with thousands of flowering cherries, and now it is open to the public for free since renovation in 2009. 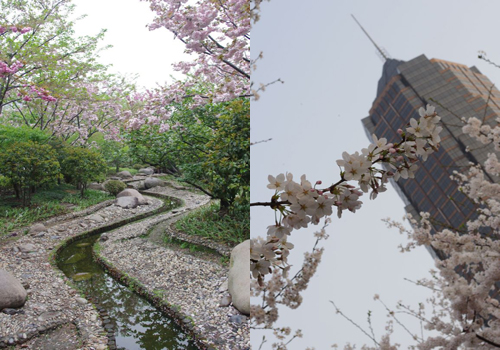 Time: March 25th – March 28th
Unlike Qingdao and Wuhan, Shanghai urban area seldom boasts cherry blossoms park, except some flowering cherries scattered along the streets. But on the Century Avenue, you will feel as if you were in the bustling Tokyo city at the sight of brilliant sakura against skyscrapers.

If you are no in a hurry, on the flowering blossoms-lined Qinghai Road, you can revel in the cherry blossoms in a leisure fashion, a stark contrast to the throngs of people in Wuhan and Qingdao. 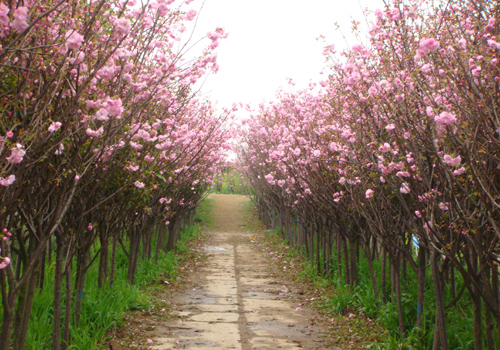 It is not difficult to imagine a world teeming with flowering cherries. In the Sunflower Garden, you would be astonished at the 6,000 varieties of sakura, pink, white, bicolour or the like. Some cherry blossoms even will change their colour according to the time, pink at the beginning, then white at their prime time.