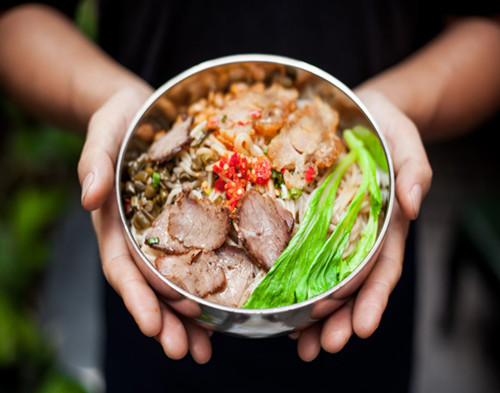 Guilin is famous for its beautiful mountains and clear waters. In fact, the delicious food here is also evocative. Because Guilin is a multi-ethnic settlement, the fusion of foods of these ethnic groups has formed its own characteristics in the diet. 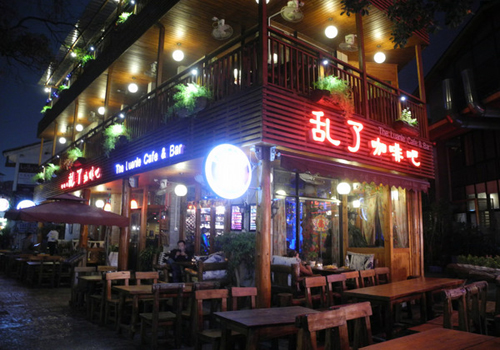 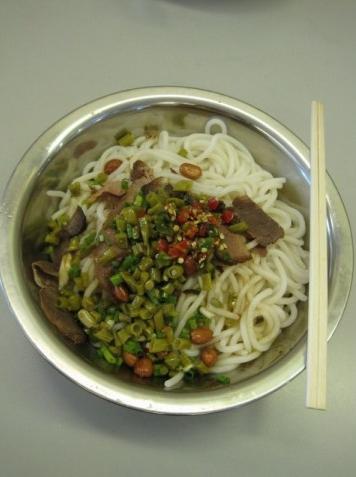 If you come to Guilin, you should not miss one thing: to taste Guilin Mifan Guilin Rice Noodle. It is mostly served in those small places which remind me of garages, and which do not look very clean for western standards. The price is very low, usually it costs 2,50RMB. Then you get a metal bowl with typical rice noodle. They have the same appearance as Spaghetti, but are brighter. The cook will ask you for the style you want to have it: with Jiurou (Beef), Zhurou (Pig) or sometimes even horsemeat (Marou). You will get some thin slices of this meat on top of your noodles. Then two different sauces and fried peanuts are added. When you receive the noodles, you can add chili, green beans, beet and chives....