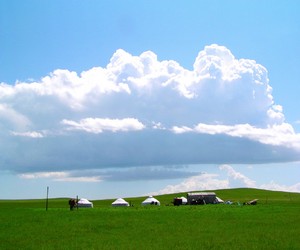 Hohhot, in Mongolian language, means the green city. Located in the northwestern part of North China, in the middle of Tumochuan Plain, Hohhot is the provincial capital of Inner Mongolia Autonomous Region. It is bordering Zhuozi County, Liangcheng County and Lingeer County in the east, Tumoteyou banner in the west, the Yellow River in the south, Daqing Mountain in the north. Generally speaking, it is situated a thousand metres high above the sea level, with the northeast-high, southwest-low terrain. It is the hub of politics, economy, science, culture and education of the region, covering an area of 17,000 sq. km. Divided into four districts, four counties, one banner and one economic and technical development zone, Hohhot is a well-known city beyond the Great Wall, where thirty-six ethnic minorities live together and the population reaches more than two million in total. For travelers it is better to visit the city from April to October. History of Hohhot – A Tale of A City and A Woman Hohhot has been a remarkable city beyond the Great Wall for more than four hundreds years. Originally, it used to be divided into two cities – the old one... More information about Hohhot » 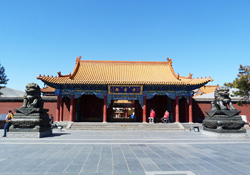 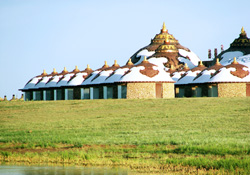 Chinese name: 格根塔拉草原(Gegentala Cao Yuan) Location: Situated in the territory of Siziwang Banner, 140 km far from Hohhot City, Inner Mongolia Autonomous Region. Opening time: 08:00 - 18:00 Entrance fee: CNY 60 How to get there: Visitors can take buses or taxies from Hohhot City to the grassland (it takes about 2 hours from the city to the grassland). Best time for visit: from July to Septe...

All Photos of Hohhot» 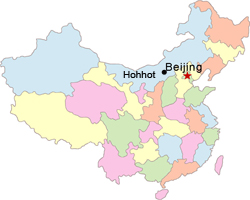