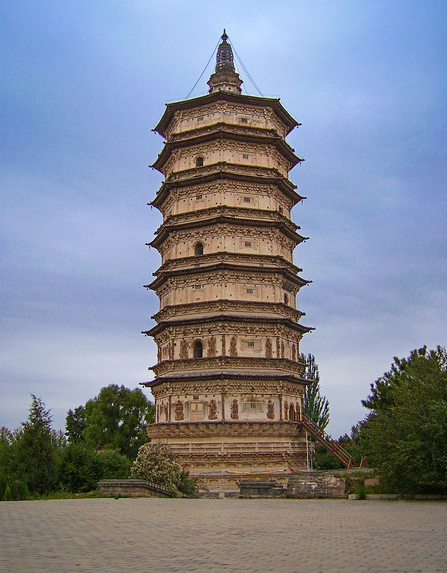 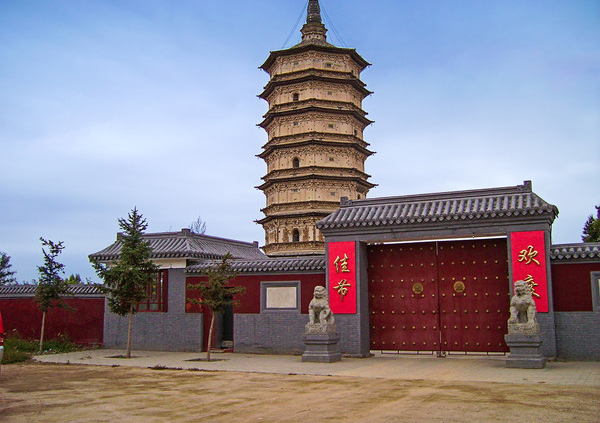 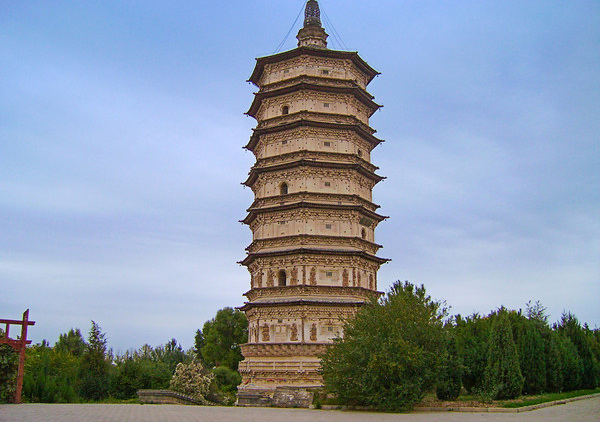 Chinese name: 白塔 (Bai Ta) Location: in Baita Village, Taiping Zhaung Town, 17 kilometers to Hohhot City, Inner Mongolia. Ticket: CNY25 Opening time: 08:30-18:00 How to get to White Pagoda: take shuttle buses and get off at the stop of White Pagoda. Introduction to White Pagoda of Hohhot

The White Pagoda of Hohhot, which also called Avatamsaka Sutra Pagoda, is so named because of its color. It was originally built to save ten thousands of Avatamsaka sutra in 1271 during Yuan Dynasty (1271-1368) by Kublai Khan, the founding emperor of the dynasty. The locality was the townsite of ancient Fengzhou City of Liao (947-1125), Jin (1115-1234) and Yuan dynasties. Several years later in 1279, a large scale Buddhist temple which covered 160 000 square meters was built around the pagoda, which was unfortunately burned during a thunder in 1368 with only the White Pagoda being survived. 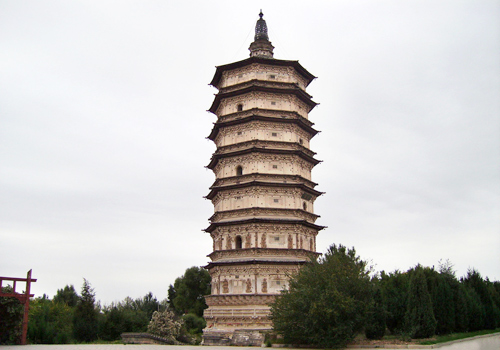 An existing earliest and largest Tibet style Buddhist pagoda in China, the White Pagoda is the most exquisite among all preserved Liao pagodas and a key national protected historical site inscribed in 1982. Though it had undergone numerous weathering, erosions, earthshocks and lighting stroke, the pagoda is strongly standing more than 700 years. Its beautiful shape of Liao style and the profound cultural meaning of Fengzhou, made it one of the Eight Scenes of Hohhot ranked in Qing Dynasty (1644-1911).

The architecture features and highlights of the White Pagoda

The White Pagoda is an octagonal masonry-timber structurein pavilion style with 7 storeys. Previously 55.5 meter high and 56 meters long for base perimeter, the pagoda is only 43 meters high today due to hundreds of years’ natural erosion and artificial damages. In the pagoda, there is rotary stairway leading visitors to the top, the seventh floor for a overlook of the beautiful landscape. 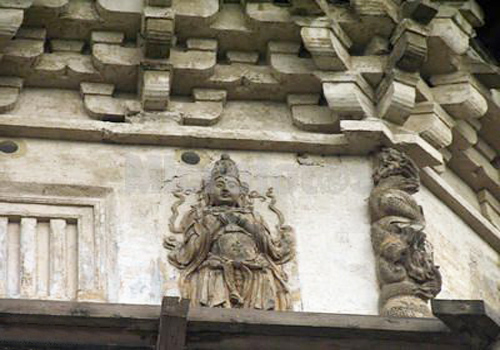 The magnificent pagoda is divided into base, body and top. It is an art treasure among China’s ancient pagodas which combined the art with sculpture. In the front is a stone horizontal board inscribed with the name of the pagoda. On the body, there are exquisite basso-relievo of Buddhas, Bodhisattva, Buddha’s warrior attendants, and other Buddhist patterns on the surface. These sculptures are graceful and vivid with fluent lines and high art values. On the walls inside the pagoda, there are well-preserved 6 stone tablets of Jin Dynasty, and more than 200 inscriptions given by visitors of past dynasties which are caved in many a language, Chinese, Qidan language, Nvzhen language, Mongolian, Tibetan, ancient Syrian, ancient Persian, and so forth. All the words are detailed and accurate records of the city construction, local conditions and customs of the time; they are the relationship among the nationalities, and the social condition and significant historical data for historical research of northern ethnic groups.