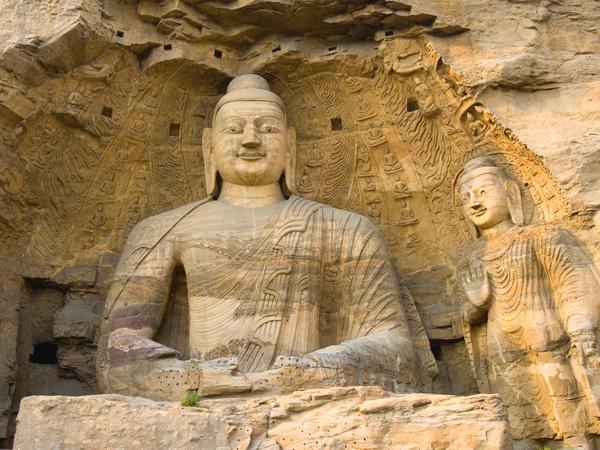 The city of Datong is located in northern Shanxi Province, just a few kilometers away from Beijing, at the hedge of Inner Mongolia to the north and the Hebei Province to the east. Composed of fours districts and seven counties, this is the largest city of its Province. Datong is known as the City of Coal due to its high industrial production of energy providing a great part of China's needs. As a key resources city, Datong's transportation connection is highly developed. But more than just an Industrial city, Datong represents also an important historical city of China. Its location near the border of Inner Mongolia explains its position as one of China's most famous historical cities, enjoying impressive sightseeing. History of Datong One of China Ancient Capitals Datong has so much to offer to the travelers who are passing by for a few days. Being placed nearby Mongolia, Datong is actually full of historical contents, part of its present fame all over the country. Historians actually trace Datong's history back to 200 BC when it was called Pingcheng during the Han Dynasty, an important city at that time and a pivotal stop-off city for merchants and camel c... More information about Datong » 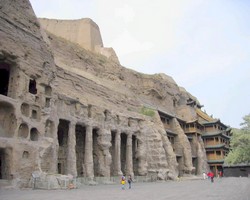 One of the largest stone caving art treasury famous both home and abroad, Yungang Grottoes of Datong is a key cultural relic under the state protection and a world heritage site. Itis deemed as the Three Largest and Most Famous Grottoes Clusters together with Mogao Grottoes of Dunhuang, and Longmen Grottoes of Henan. 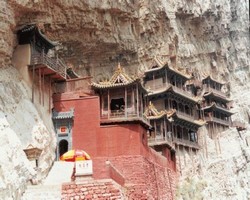 Hanging Monastery stands on the half cliff of the west side of Cuiping Peak of Mt. Hehngshan. It is about 50 meters above the ground and that's the reason for the name.Hanging Monastery is an architectural wonder with a unique mechanical theory in the framework.

All Photos of Datong» 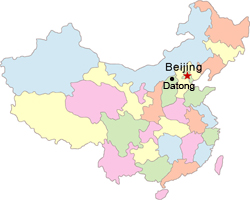