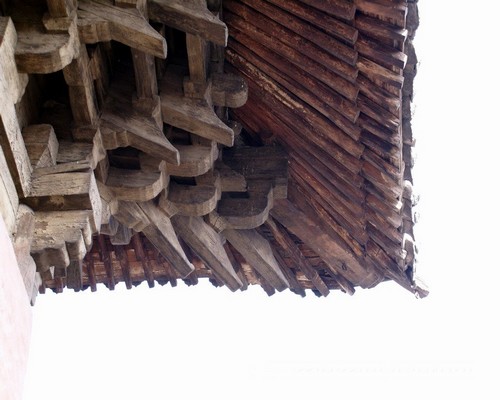 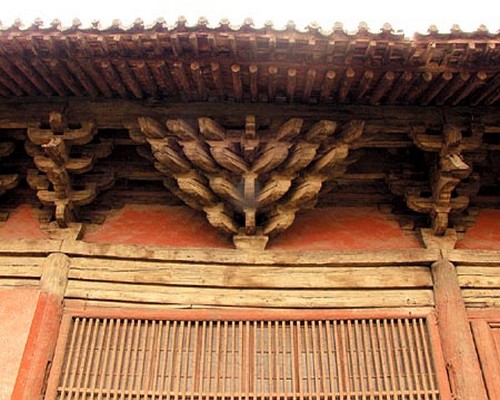 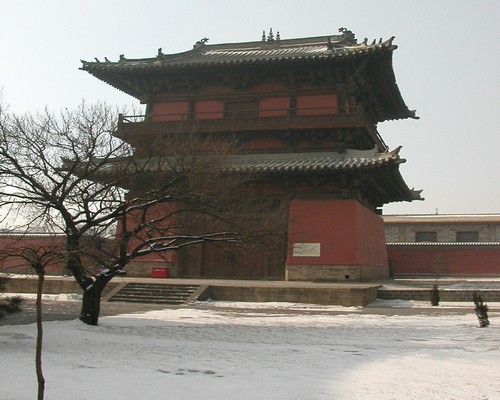 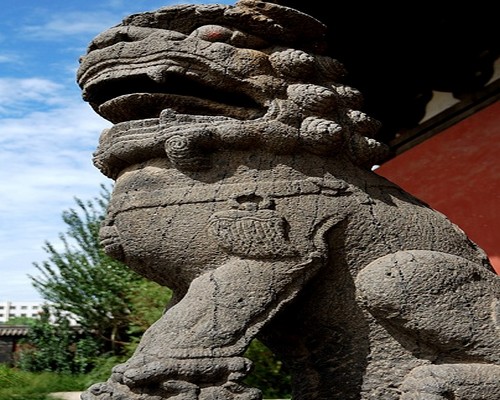 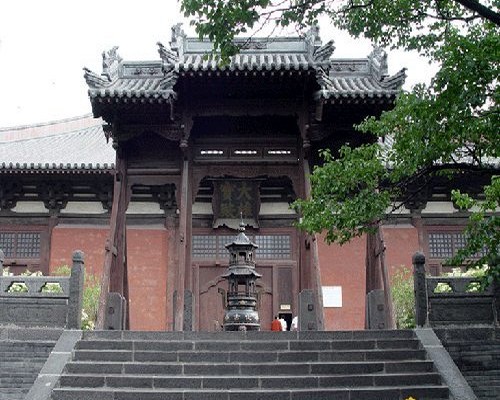 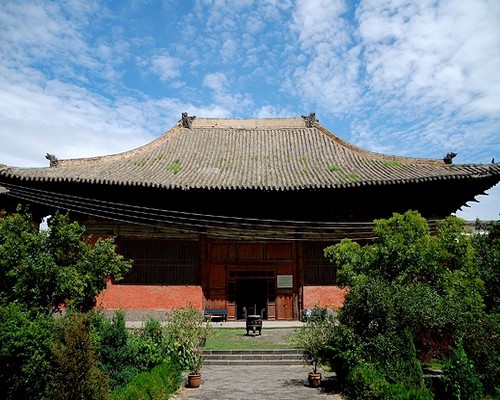 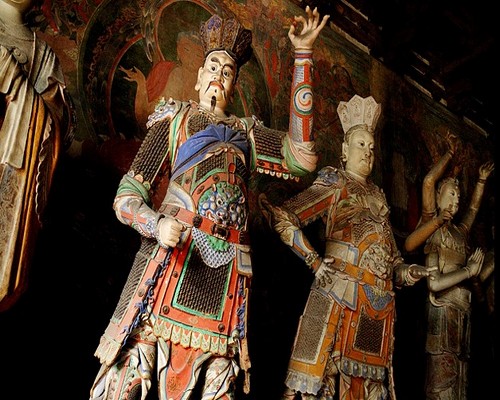 Chinese name: 善化寺 (Shanhua Si).
Location: No.6, Xiaonan Street, southwest of Datong City, Shanxi Province.
Ticket: CNY50.
How to get there:
-Take bus No.17 and get off at Hualin (华林), go southward to Yonghe Fast-food Restaurant (永和快餐店), near which is the temple.
-Go westward from the Nine Dragon Screen and turn left at the first intersection, then walk about 15 minutes.
Best time for visit: April-October.
Travel tip: Some Datong attractions such as Nine Dragon Screen, Huayan Temple and Drum Tower are easily to reach from Shanhua Temple.

Built in almost 1,000 years ago, Shanhua Temple, also called South Temple, is inside the south gate of Datong City, covering an area of more than 13,900 square meters. Among the ancient temples of Liao (907-1125) and Jin dynasties (1115-1234) still existing in China today, the layout of Shanhua Temple is the most intact with the greatest size.

The temple was originally built in the Tang Dynasty (618-907) and it was then called "Kaiyuan Temple" (开元寺). In the Later Jin Dynasty (936-947) during the period of Five Dynasties (907-960) in China, it was renamed "Dapuen Temple" (大普恩寺). However, the temple was destroyed in wars at the end of Liao Dynasty (916-1125). During the Jin Dynasty (1115-1234), it was reconstructed on a large scale. It was recorded that about 40,000 monks once gathered here by the command of Kublai Khan who was the first emperor of the Yuan Dynasty (1206-1368) and engaged in Buddhist activities. The temple was rebuilt for one more time in the Ming Dynasty (1368-1644) and then was named after "Shanhua Temple", which was the place for officials' studying etiquette. Today it has been treated as a national relic of China. 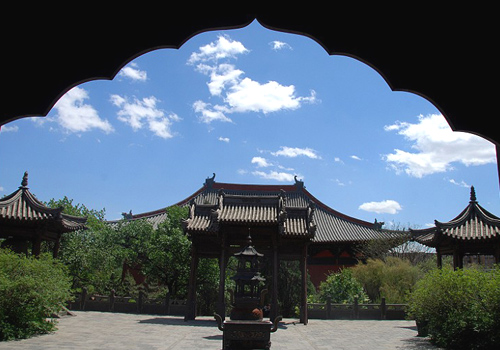 1. The Gate of Shanhua Temple

The Gate of Shanhua Temple is the main entrance, on both sides of which are the statues of the Four Heavenly Kings, who look solemn and forbidding.

2. The Hall of the Three Saints

In the Hall of the Three Saints stand three famous Buddhas: Sakyamuni, Samantabhadra Bodhisattva and Manjushri Bodhisattva. Four upright tablets are well kept in the halls, which if of great importance in studying the history of Shanhau Temple. Among these four tablets, the "Jin Bei" (Golden Tablet) is the best one due to its longest history, exquisite engraving, flowery inscription and consummate calligraphy. Zhu Bian (朱弁, 1085-1144), the author of this tablet, has once lived in Shanhua Temple for about 14 years, witnessing the reconstruction of Shanhua Temple and writing down what he had seen with his own eyes. 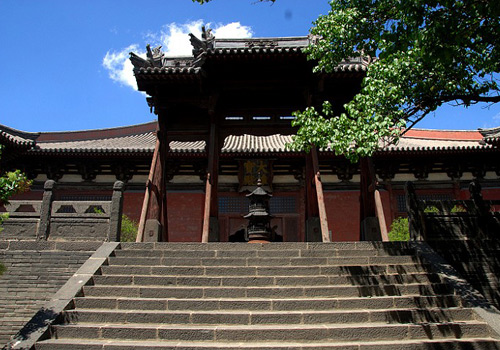 3. The Hall of Sakyamuni

The Hall of Sakyamuni, also called "Da Xiong Bao Dian" (大雄宝殿) in Chinese, is the most important building in Buddhist temples. In Buddhism, "大" means "including everything"; "雄" means "vanquishing and taming demons"; and "宝" refers to "the three treasures of the religion: Buddha, the Buddhist doctrines and the Buddhist monks"; "殿" means "hall".

The Hall of Sakyamuni, which is the only construction survived from wars, is the largest hall of Shanhua Temple following the traditional and ethnic architectural style of ancient China. There are two drum towers on each side of the hall and a wide platform in the front. On the platform, you can see a memorial archway and a pavilion built in the Ming Dynasty (1368-1644). In the center of the hall reside the five gold-coated statues of the Five Dhyani Buddhas, which are the original statues made in the Jin Dynasty (1115-1234). On the eastern and western sides of the five statues there are 24 gods, beautifully and realistically shaped. Among these 24 gods, the palaces of God of Sun and God of Moon also made in Jin Dynasty are artistic masterpieces. Vivid murals, which were painted in the Qing Dynasty (1644-1911), can be found on the western and southern walls of the hall, all of these murals are about Buddhist stories.

Other Attractions at Shanhua Temple

Though Shanhua Temple is famous for its architectural style and Buddhist culture of Liao and Jin Dynasties, there are also some other attractions which are worth seeing for the tourists. Located to the south of Puxian Pavilion, a Five Dragon Screen with bright colors and exquisite sculptures adds more cheerful atmosphere. Beside the screen is the statue of an iron bull with strong legs. This statue was originally placed by the western bank of the Yu River (imperial river), used to suppress the monsters in the river and protect the place from the flood.