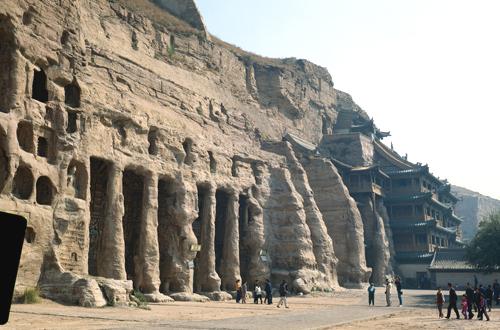 By Air
Opened in the year of 2005, Beijiazao Airport, located in the north of Beijiazao Town, Datong County, Datong city, is some 17 kilometres away from the downtown area. It is the second largest civic airport of Shanxi province.
Shuttle bus – there are free shuttles running between the downtown area to Datong airport. They usually depart two hours earlier than the flights taking-off. You can also take No. 40 bus from the railway station to reach the airport.

By Train
Situated on the junction of the railway lines of Beijing-Datong, Datong-Puzhou, Datong-Qinhuangdao, Datong is one of the important through traffic stations of the international railway line of Beijing-Ulan Bator-Moscow. Besides, trains from datong to Beijing, Taiyuan, Hangzhou, hankou, Shijiazhuang, Shenyang, and lanzhou are available. Passengers can also take non-stop special line trains for Yungang Grottoes every day from 06:00 to 18:40.