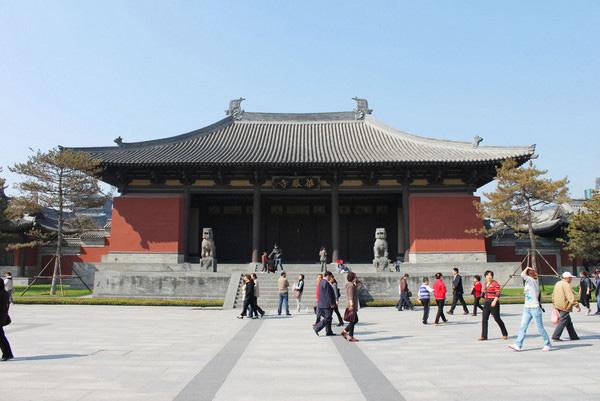 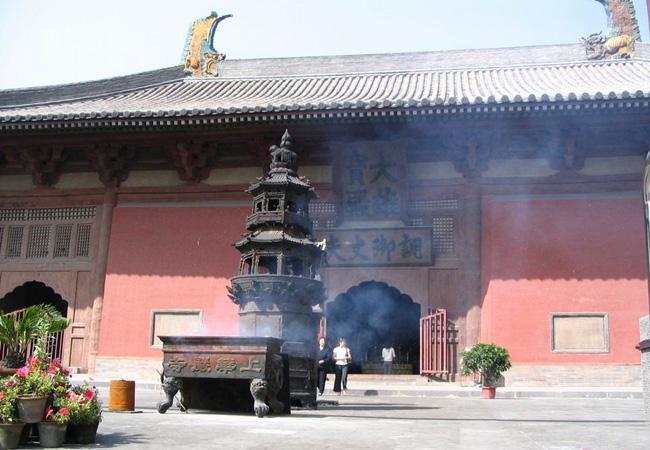 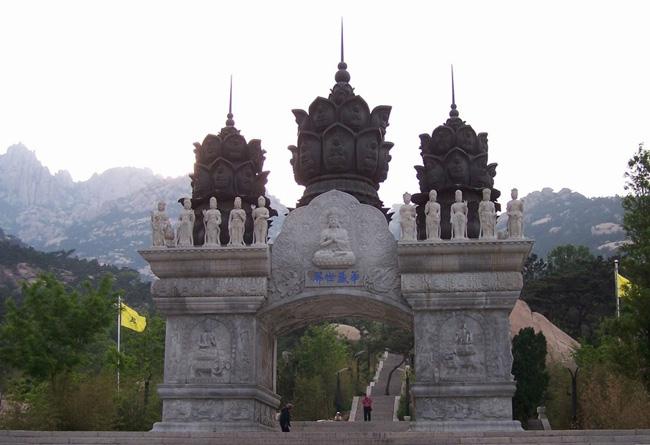 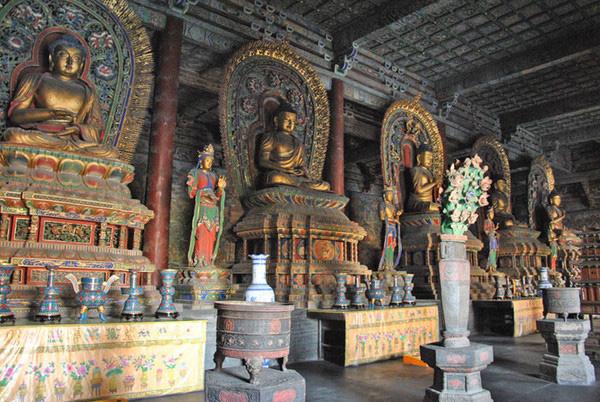 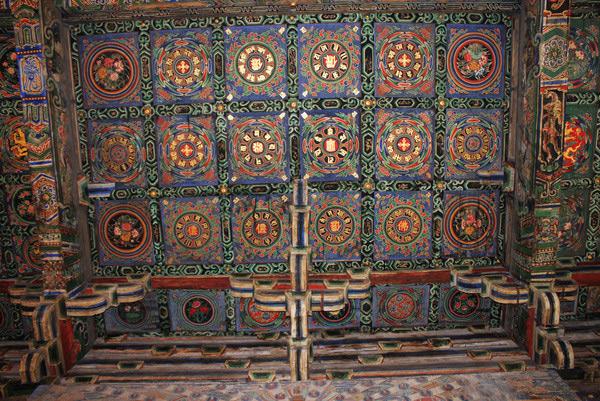 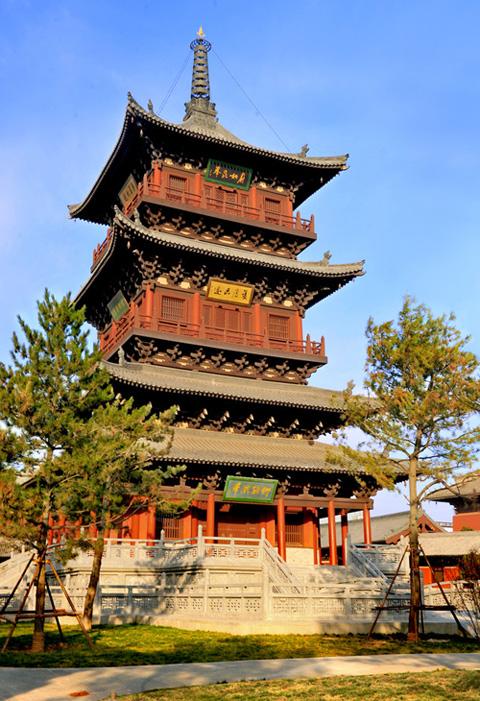 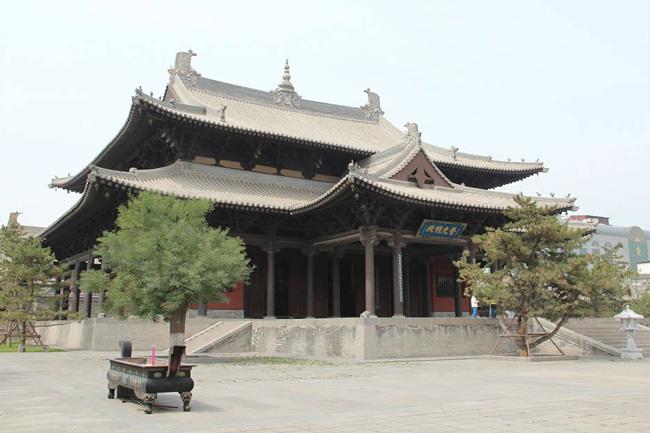 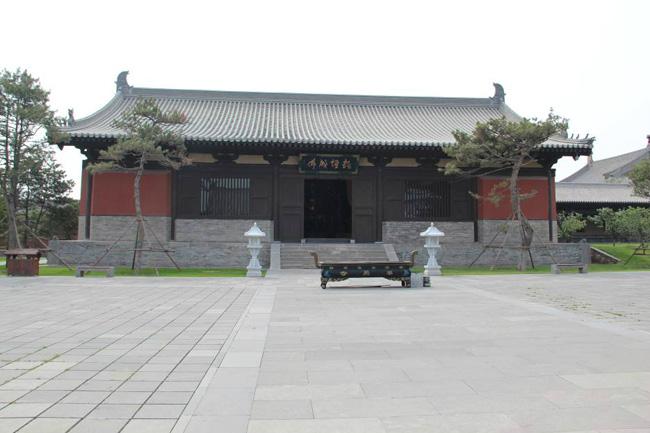 Introduction to Huayan Monastery of Datong

Originally built in Liao Dynasty (907-1125), during which time the Huayan school of Buddhism was in vogue, the Huayan Temple was so named after the Avatamsaka Sutra (Huayan Sutra in Chinese), one of the seven largest schools of Buddhism. Being an imposing and magnificent monastery, Huayan Monastery is one of the most important temples of Liao and Jin (1115-1234) dynasties, which was once an imperial ancestral temple enshrined the stone statues and bronze statues of emperors. 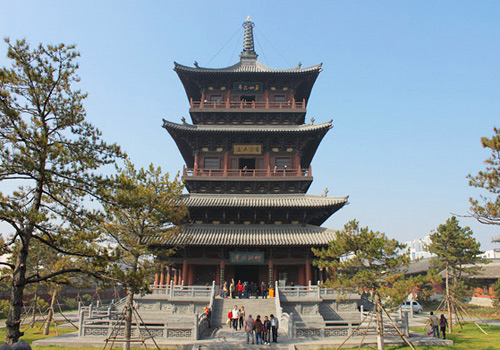 In 1122, some of the architectures of Huayan Monastery were destroyed in wars albeit later were rebuilt, the monastery was repaired on a large scale with many Buddhas being molded in Ming Dynasty (1368-1644), and during the same period, it was divided into the upper monastery and the lower monastery with respectively main gate and architecture layout. In early Qing Dynasty (1644-1911), Huayan Temple was destroyed once again but repaired for several times later to present situation. Today, though the upper and lower monasteries become in one, their individual main hall and features remain.

In Huayan Monastery of Datong, the architectures, statues, murals and caissons are all representatives of the art of Liao Dynasty. 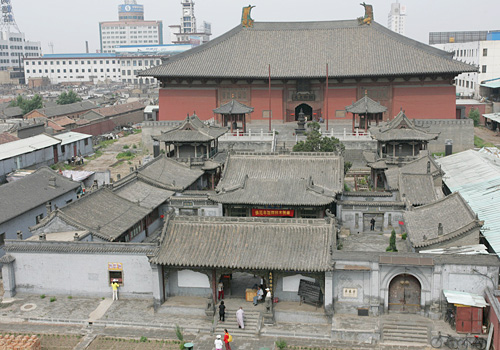 The main hall-Mahavira Hall, was originally built in 1062, destroyed in 1122 and then rebuilt in 1140 on its former site, covers 1559 square meters. It is the largest existing Buddhist hall of Liao and Jin dynasties, and one of the two largest Buddhist hall in China as well (the other is the main hall of Fengguo Temple in Liaoning Province). In butsudan in the hall, there are five enshrined Buddhas, the central three of which are wooden and the other two on both sides are made of clay. And another 20 Dharmapalas guard the butsudan on its two sides. On the walls of Mahavira Hall is a large scale well-preserved, resplendent and magnificent Buddhist murals in bright color painted in Qing Dynasty. 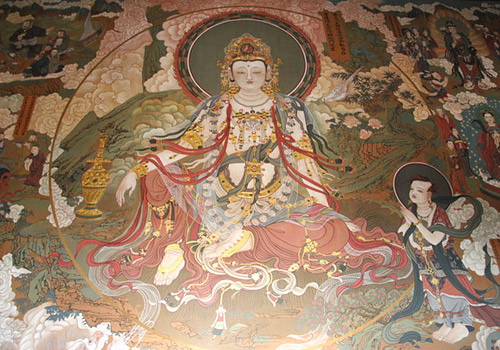 Located in the southeast of the Upper Huayan Monastery, the Lower Huayan Monastery, in which the Datong Museum is equipped, is centered by Bojiajiaozang Hall (Bhagava Sutra Hall). In lower monastery, there are stone Jingchuang (Dhvaja, a Buddhism ornament architecture in the temples which is generally carved with lections and Buddhas), pavilion-style sutra cabinets, Tiangong Pavilion, the Heavenly Kings Hall, two side halls and a gate hall. All the buildings are oriental-seated, which is said related with the belief and inhabitation convention of Qidan, an ancient nationality in China who founded Liao Dynasty.

The Bhagava Sutra Hall, built in 1038, is the sutra hall since its completion. And all 38 wooden sutra cabinets are in pavilion style; in the central of the back wall is another wooden overhanging pavilion. These ingenious wooden structures and carvings are of significant scientific value in the researches of ancient Chinese architecture art. In the hall, there are also 31 perfectly preserved statues made in Liao Dynasty, two of which are especially praised by both experts and visitors with slender and graceful shape, vivid expressions and great artistic values.