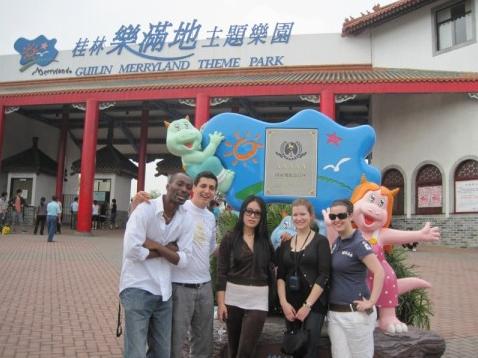 Saturday afternoon I met Cindy, or Ms Liu, with whom I drive to the airport of Guilin. At 3.45pm we welcomed an Indian Group of 32 people. It was easy to recognize them especially because of the beautiful, bright colored Saris the women were wearing. They were of mixed ages but all in a very good mood and friendly. After everyone had taken a seat in the air-conditioned bus, we took a 90 minutes drive to Elephant Trunk Hill. Already when we entered the gate, I had the feeling of being part of the group: the Indians were very warmly and integrated me... 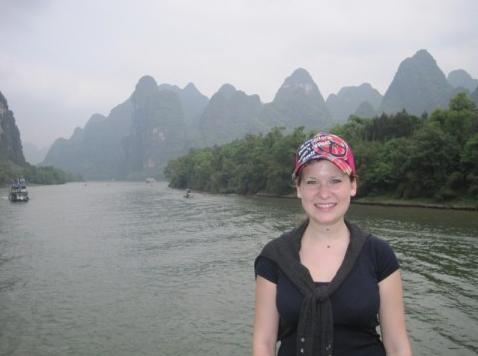 Thursday, 16th April 2009It finally happened that I was allowed to accompany a China-traveling group, when visiting Guilin. Thursday in the afternoon I met Mr Sun, the official local tour guide. It turned out to be a German speaking Chinese, because apparently the group, consisting of 13 people, was from eastern Germany. Mr Sun was very open-minded and so we had lots of topics to talk about while sitting in the bus to the airport. ...

An Afternoon at Hospital

It started one week ago, on Monday: I had an odd feeling around my left breast. Sometimes stabling while breathing, sometimes a dragging pain, sometimes I felt my heart beating, sometimes everything was all right. Especially when I was among others and enjoying myself, I was fine. But however, I kept thinking about it and started to worry. Even if I disliked the idea of going to a doctor who did not have German hygienic standards and equipment, I asked my colleague You Jia Jia to go to hospital with me on Thursday. After lunch we took a taxi to "Guilin People's Hospital", which is close to the Sheraton Hotel. 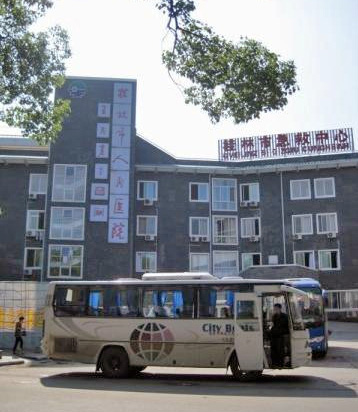 My visit of Elephant Trunk Hill

When I got up on Sunday, it was raining badly. This would keep me inside all day, I thought disappointed. But I was lucky: Weather in Guilin can change very soon! At 2pm the clouds had disappeared and the sun was shining warmly. So I hurried up to buy some water (especially in spring and summer I advise you to always have one with you!) and take the bus downtown. Then I walked down the whole Binjiang Road, which is build along the Li River. Protected by lots of old, big trees, the view on the river is picturesque. ...

Eating out in Guilin

Even if I like Chinese food, I have to admit that sometimes I am tried of eating rice all the time (well, not all the time, but pretty often ;-) ). Thanks to my colleagues and my friends in Guilin I get to know more and more places where one gets western food. Of course, you can't compare it to what you are used to, but after some time it will be an apreciated change to get italian noodels or a pizza.