Your Position: Home VOC's Travel BLOGWorking at VisitOurChinaAcrobatic Show: Journey to the West 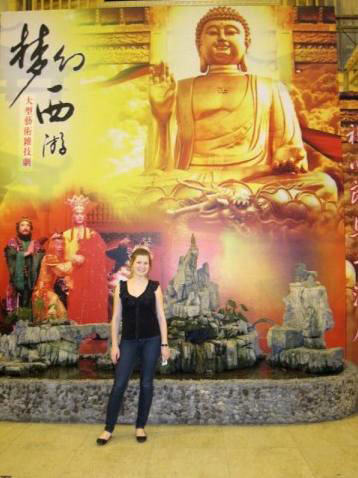 Most of us were sitting close together. At 8pm the light turned off and music began to play. The story was about Tang San Zang's (a monk) journey to the west, in order to receive scriptures of a living Buddha, and the difficulties he and his disciples face in between. It is overflowing with magic, gods, immortals, and adventure, being very funny sometimes. Monkey King Wu Kong and the other disciples, a pig demon Zhu Ba Jie and the river demon Sha Wu Jing, have to battle demons, who all want their master because his flesh will give immortality to anyone who eats it.

In the show, mostly the natural environments of the travelers were presented, like the jungle, the river or India, each time accompanied with professional acrobatic performances and a picturesque stage decoration. The show lasted one hour and ended with the scene, when the explorer have gotten the scriptures of the living Buddha, and start their long journey back home. 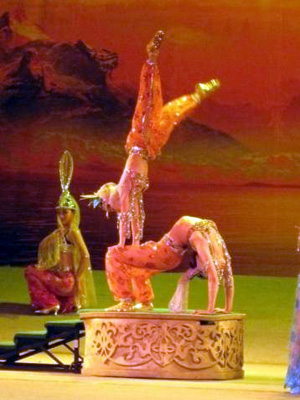 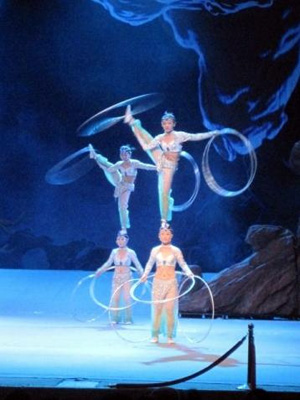 As the theater was well equipped with "subtitles" in English and Chinese, it was easy for me to follow and understand the events on stage, without being familiar wit the story. The music was well chosen and diversified, and there were no conversations.

All in all it was in interesting and pleasant evening. I think, sharing such memories is also important for a good relation between colleagues! So, hopefully there are more events going to be in the future.

Aloha there! I really appreciate what you’re writing here. Keep posting that way.

Thank you so much, welcome to keep on to see our update!

I like the design of your resource! It looks really cool.

Thanks so much and welcome to give us suggestions if you want.