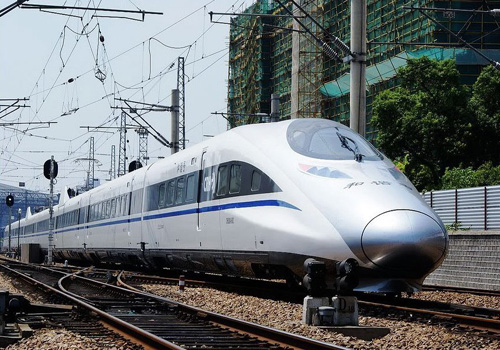 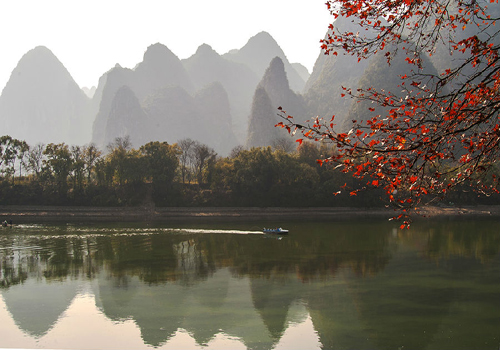 Yesterday morning when I passed by the Sanlidian Roundabout (Guilin) on my way to office, I found that the maple leaves had turned red - that’s really beautiful the leaves shaking slightly in many carriages. I did not spend much time enjoying it, but it did remind me of some other great places for red leaves watching in Guilin or other cities in China. As many tourists want to experience unusual China tours, red leaves watching may be a great choice. 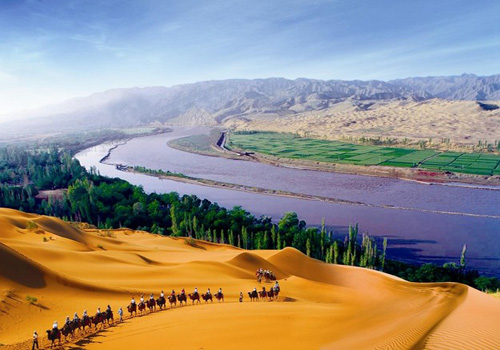 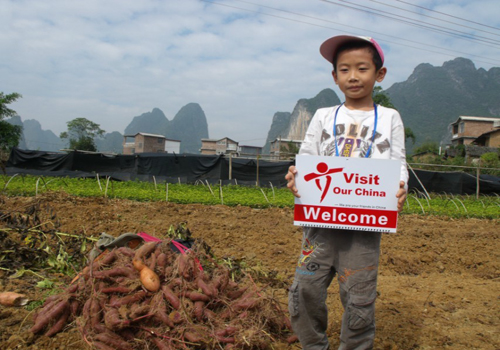 Last Saturday I had the opportunity to participate in our travel agency’s annual outing to Silver Cave/ Yinzi Cave at Lipu County, Guilin. It is a great place with extraordinary sightseeings and I had a happy and special weekend. The theme of the trip was reaping sweet potatoes on the local farmland after which we had nice lunch, baked sweet potatoes, and took photos around the Silver Cave.