Now, type the keyboard in a sunny morning and write something about the 2014 Spring Festival (Chinese New Year), I really couldn't conceal my excitement at the moment – the time for family reunion and whole country’s celebration is coming!

It needs time to introduce every aspect of this extremely important festival in China, thus here I just focus on some foods Chinese people usually enjoy during the pleasant dates. 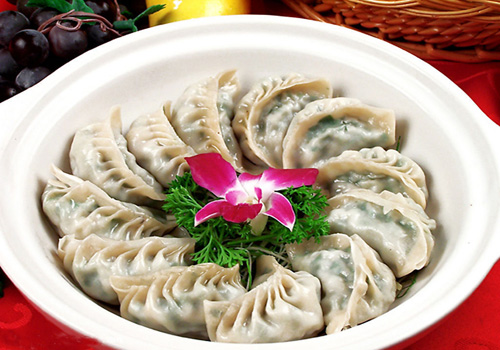 1. Jiaozi
Jiaozi is essential for northern China’s people. It is said that at the end of Eastern Han Dynasty (25AD-220AD), some people’s ears were frozen off due to the frigid weather. In order to help them sweating out a cold, the famous doctor Zhang Zhongjing used pastries to fold muttons and peppers inside. This kind of food which with similar shape to Jiaozi nowadays was thus invented and it was popular among Chinese people, particularly in the north part of China. Today people in the North put different stuffing in Jiaozi with good wishes: sugar means a sweet coming year; peanut stands for long life; coin inside who happens to eat out indicates good fortune to the lucky person... 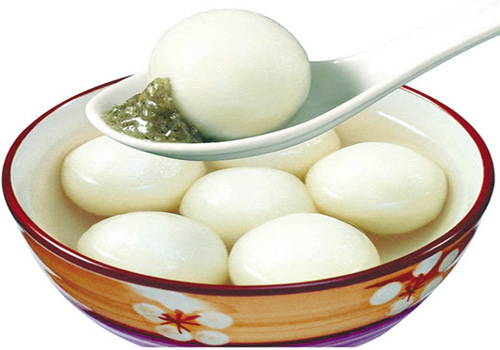 2. Tang-yuan (Sweet Dumpling)
Somewhat differently, people in the south area generally eat Tang-yuan during the Spring Festival. Though unlike Jiaozi, the shape of which is like gold ingot from ancient China, Tang-yuan’s round shape is also favored by people, for it just like family members getting together. Sugar is a kind of most-used filling for Tang-yuan, likewise, with people’s sweet wishes wrapped inside. 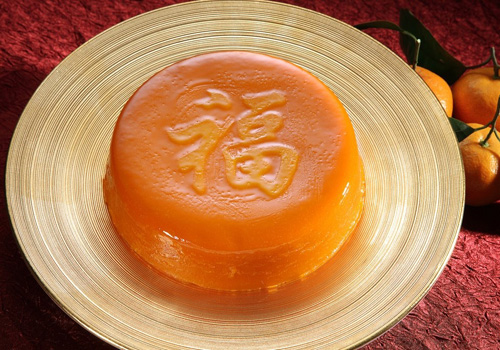 3. Nian-gao (New Year Cake)
This kind of cake is made from sticky rice; water and honey or sugar will be added and mixed. Nian-gao is widely eaten across China, but the cooking ways of it is different. It is usually steamed or fried in northern China, while besides these two ways stir-fry and boil are also used by the people in the South. Some kinds of Nian-gao in southern China are mixed up with salt instead of sugar. Nian-gao in Chinese means more and more better, another good moral of Chinese people.

Besides these, fish is also popular during the festival, no matter in the north or south of China, for fish is homophonic to superabundant in Chinese. People enjoy fish but not eating them up on the New Year’s Eve, hope to have a coming bumper harvest year.