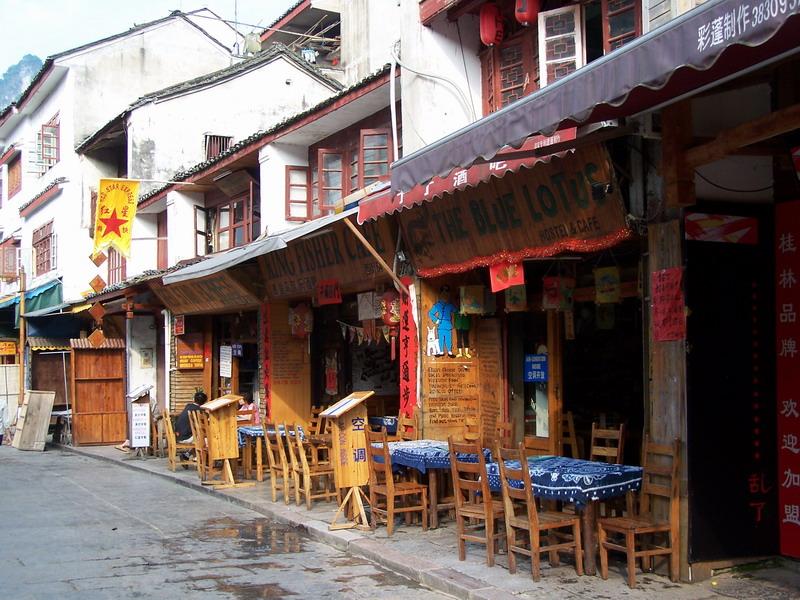 Yangshuo is justifiably known to the world for its fairy-tale landscape of limestone peaks and mirror-like Li River. A universally recognized conclusion is drawn to depict how beautiful it is: landscape in Guilin is the most beautiful under heaven, yet that in Yangshuo is even more beautiful. Located in the south of Guilin City in Chinas Guangxi Zhuang Autonomous Region, it covers an area of 1428 square kilometers and is populated by 11 ethnic minorities including Han, Zhuang, Yao and Hui. The landscape of Yangshuo usually refers to the stretch of Li River from Yangdi Pier to Yangshuo and alongside rolling peaks. It is dotted with 2,000 peaks and 16 big or small rivers. The essence of Yangshuos landscapes lies in the ancient Xingping Town, where Li River snakes through rolling mountains and mirrors the enchanting scenery. Each bend of Li River presents something more interesting to see, from more oddly-shaped mountains, water buffalo strolling on lawns to fishermen paddling their bamboo rafts.Yangshuo County has a pleasant temperature all the year around. All in all, it is loaded with scenic spots, including the Li River, more clean Yulong River ( Meeting Dragon ... More information about Yangshuo » 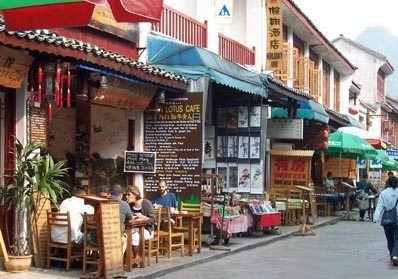 As the oldest street of Yangshuo, West Street has a history of over 1400 years. Its picturesque landscapes and unsophisticated custom never fail to catch the eye of western travelers. When night falls, this China’s biggest "English Corner" and "global village" becomes a world full of excitement. 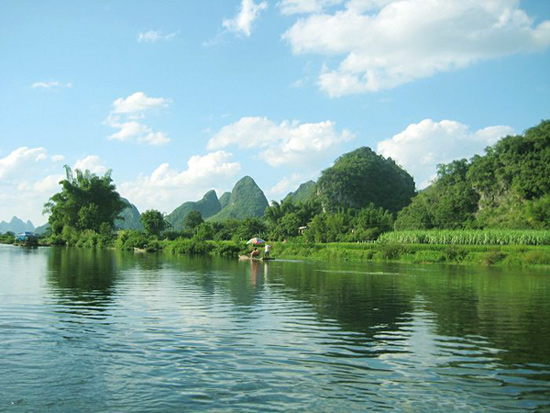 The 43.5-kilometer-long Yulong River is a tributary of the Li River. The total area covered by the river represents the largest natural ecological preserve inGuilin. Hailed as one of the places "where man and nature have met in perfect harmony", Yulong River is a marvel of morbidezza and tranquility.

All Photos of Yangshuo»