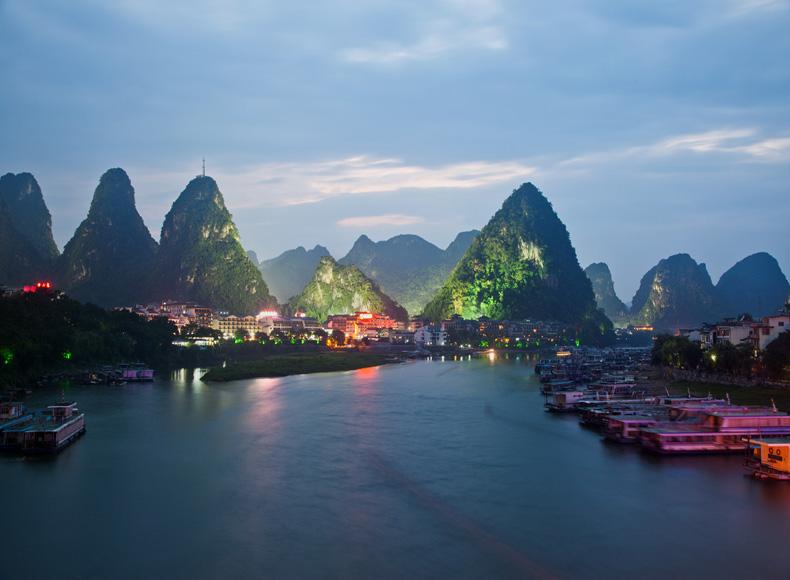 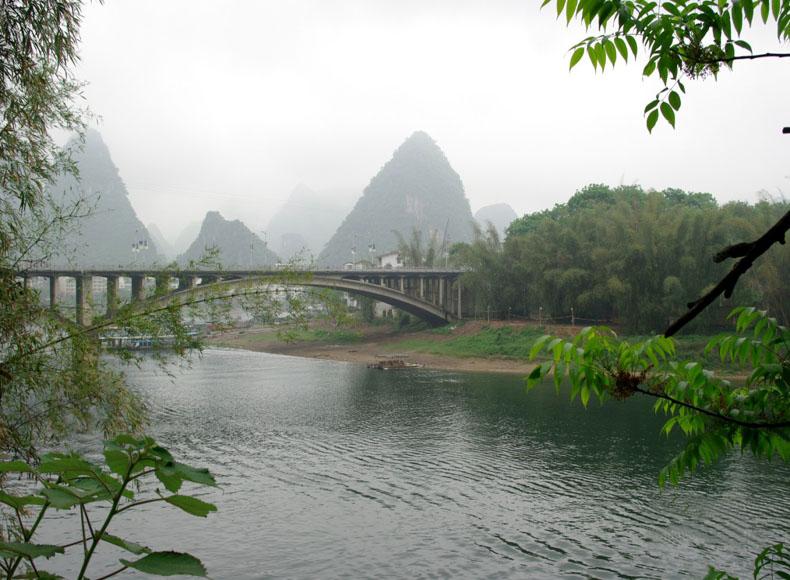 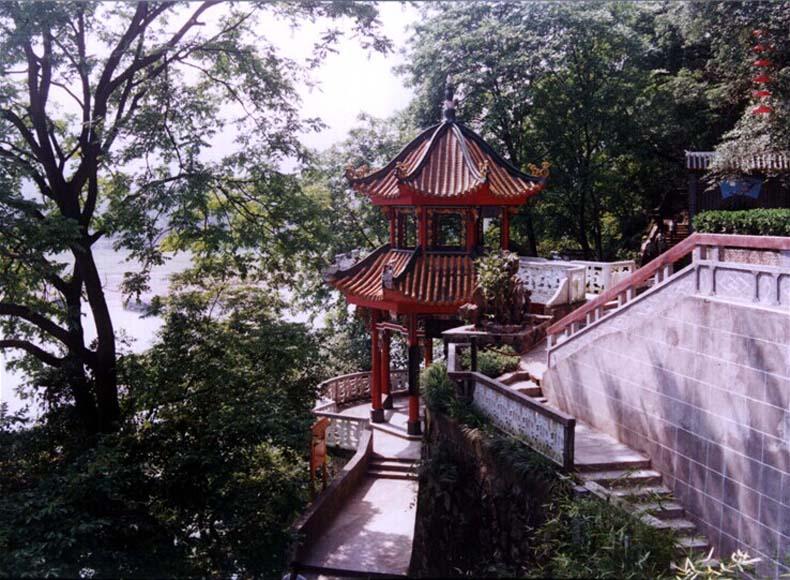 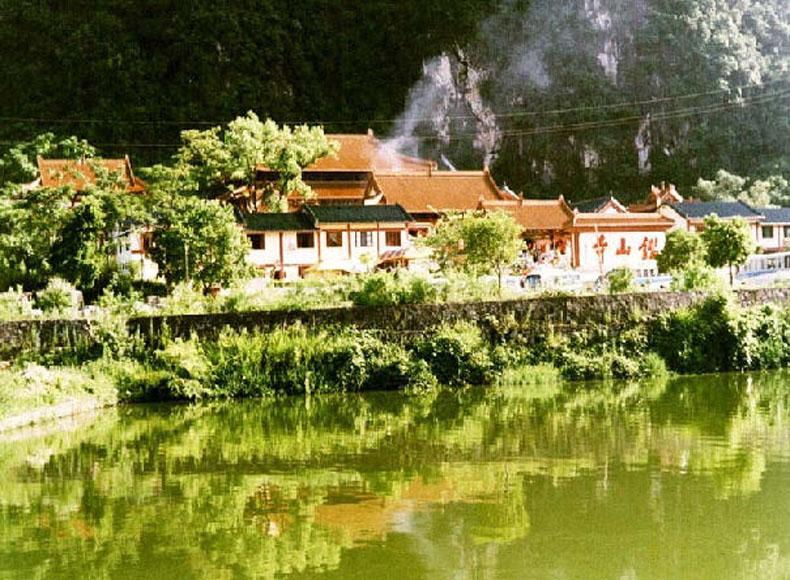 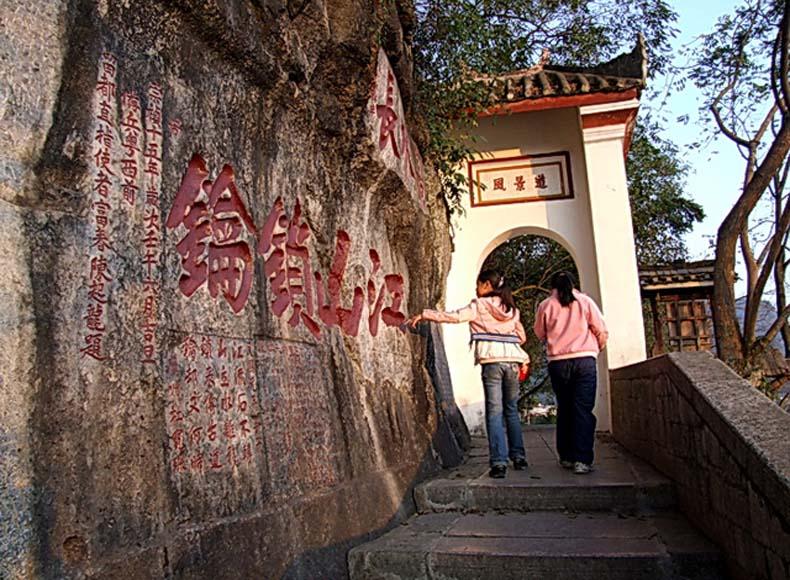 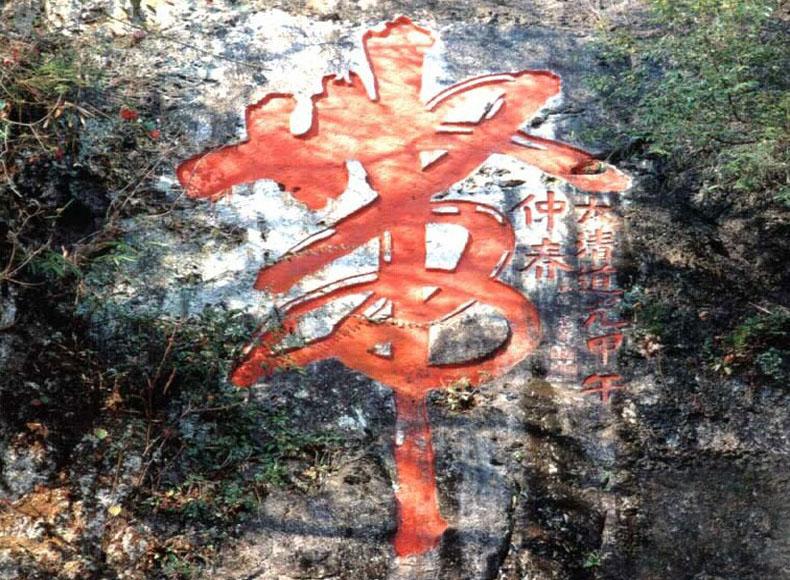 
Chinese name: 碧莲峰 (Bilian Feng)
Location: near the junction of Li River and the end of the West Street, Yangshuo County, Guilin City, Guangxi Zhuang Autonomous Region (aka Guangxi Province)
Opening time: 08:00 – 18:00 (about one hour for a visit)
Entrance fee: 30 Yuan / person (free for children below 140 cm)
How to get there: take a bus departing from Guilin (桂林) to Yangshuo (阳朔) at the square in front of the Guilin Railway Station or at Guilin Bus Station, get off at Yangshuo Bus Station and walk to the West Street (3-5 minutes' walk). The peak is located near the end of the West Street.
Best time for visit: all year round

Locates by the Li River, the Green Lotus Peak or Bilian Peak is the main peak in the county seat of Yangshuo as well as the last attraction of the Guilin-Yangshuo Li River Cruise. The peak is of typical karst landform and looks like a green lotus bud on the Li River from a distance, hence the name. When the gentle breeze blows the surface of the river, the inverted reflection of the peak in the water vibrates as if a lotus is blossoming, which makes the peak one of the famous landscapes of Yangshuo. The best place to watch the Green Lotus Peak is the Yangshuo Bridge. Seen from here, the peak and its inverted reflection are just like twin green lotuses. 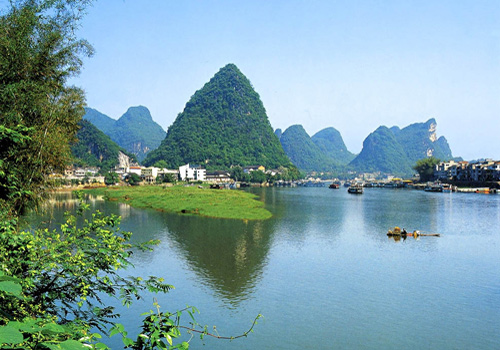 With a cultural history of more than 1400, the park of Green Lotus Peak is made up of the peak, the Riverside Pavilion, the Memorial Hall of Jianzhen (a Buddhist Master of Tang Dynasty 618-907), the Scenes through Eight Windows, the Ancient Path and Steles Forest, the plank road for sightseeing, and the old banyan tree, etc. 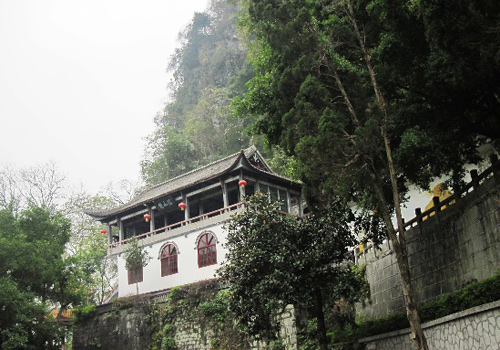 The two-storeyed Jianshan Building was first constructed as temple in about 713 AD (Tang Dynasty) with the original name "Jianshan Temple". After Jianzhen's fifth failure of taking a sea-voyage eastwards Japan in 750 AD, the master had a stay of one year in Guizhou (known as Guilin today), during which he took a Li River cruise by boat to Yangshuo, discussed Buddhist sutras with Monk Zhixian of Jianshan Temple and spread Buddhism to the common. His visit brought much fame to the temple. However, a trend of anti-superstition rose up and the monks of the temple were driven away in 1916 and the temple was renamed "Jianshan Building". During the World War II, the building suffered from fatal damage and was rebuilt afterwards. Today a statue of Master Jianzhen made from a whole camphorwood is placed in the building in honor of his attribution to the communication between Japan and China. Standing on the second floor of Jianshan Temple, people can have a wide view of its surroundings.

The Riverside Pavilion sits underneath the Jianshan Building. The pavilion has eight framed windows and features for the picturesque sights through the windows. 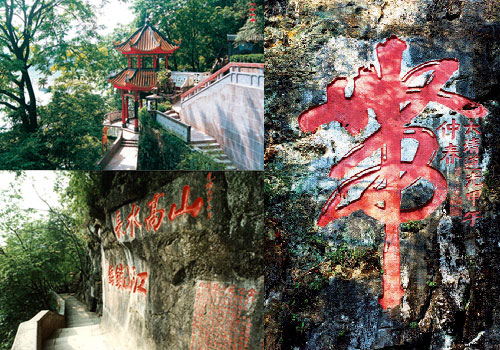 The sightseeing path stretches from the foot of Green Lotus Peak, providing a chance to enjoy the beautiful scenery near and far. Along the path there are many stone ancient inscriptions on the precipice, among which the 5-meter-long Chinese character "带" written by Wan Yuanren (a county magistrate of Yangshuo of Qing Dynasty 1644-1911) is commonly considered to be most magnificent. The character was carved onto the precipice without any notes, which makes it a mystery to find out what he wanted to express.

The root hairs of this ancient banyan are twisted rand gnarled like dragon claws. It features its fantastic aerial root growing in the air but not in the earth. 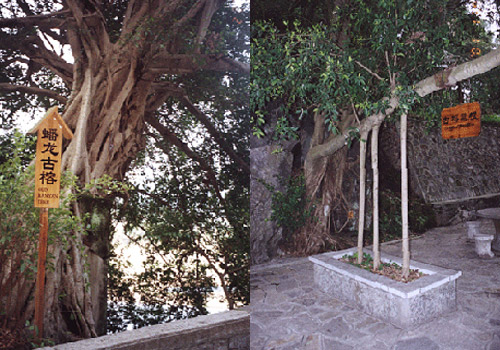