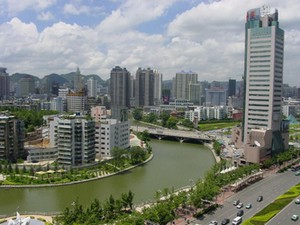 Guiyang is the capital city of the Province of Guizhou situated in central southwest China. This city is located near to the Yunnan-Guizhou Plateau and the Nanming River, which is known as a headstream of the Wu River joining the Yangtze River in the nearby Sichuan Province. This central city enjoys a humid subtropical climate and was renowned in ancient times as a place highly surrounded by bamboo groves, producing musical instruments. Cool and humid, the city of Guiyang is for many Chinese people known as the place where summer spends smoothly, but is still unfamiliar to the huge horde of tourist. Like many other Chinese cities, Guiyang flourishes with a lot of ethnic minorities among which the Miao, Dong, Hui and Buyi are the most important ones. This is thanks to these unique folklores that the city is renowned for its ethnic minority culture as well as its lush natural sceneries today. While coming to Guiyang on your tour, you will have the opportunity to enjoy many scenic sites barely seen anywhere else in China. Between minorities' festivals, scenic spots and luxurious hot spicy food, Guiyang is just the place where to stop for an unusual tour in China. ... More information about Guiyang » 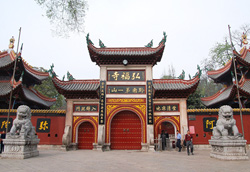 Built in 1672 by Monk Chisong, Hongfu Temple is the most important Buddhism temple inGuizhou. Its name Hongfu means to expand the Buddha’s will of salvation, and to benefit all living creatures. Listed as a national key Buddhism temple, it houses many precious cultural relics and historical sites. 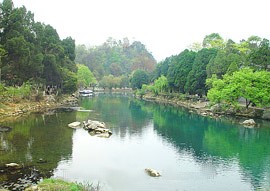 Considered as A Pearl of the Central Guizhou,Huaxi Park belongs to Huaxi scenic area, which is 350.5 square kilometers in total. Four small and exquisite hills centered, the most beautiful feature is the clear streams winding through hills and the flowers providing beautiful displays throughout the year.

All Photos of Guiyang» 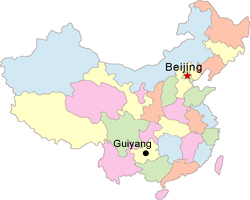