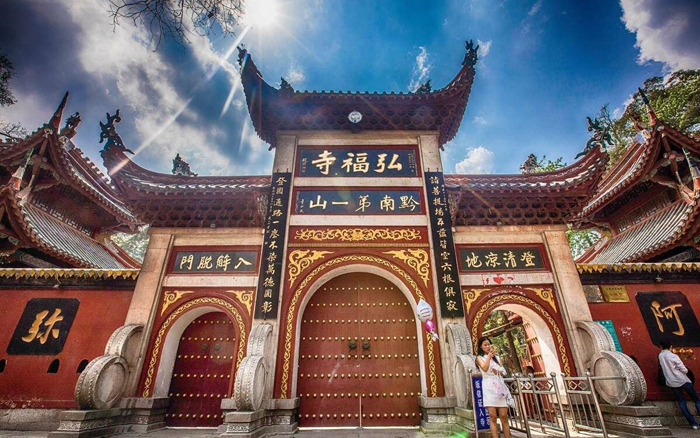 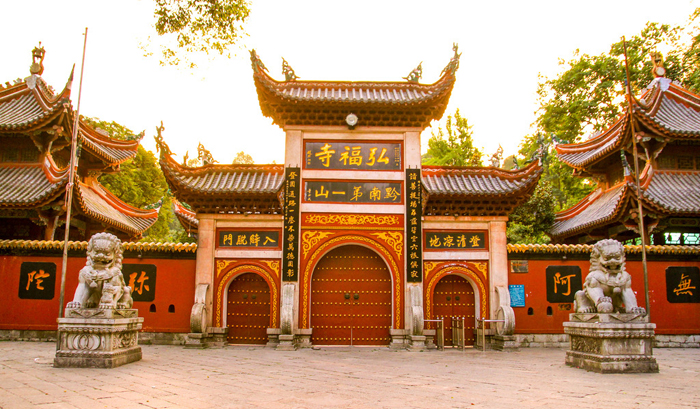 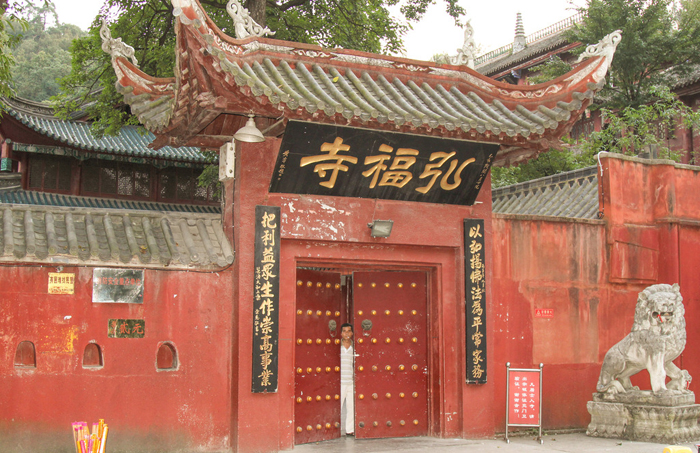 Built in 1672 in Qing Dynasty (1644-1911) by Monk Chisong, Hongfu Temple is the most important Buddhism temple in Guizhou Province. Its name Hongfu means to expand the Buddha’s will of salvation, and to benefit all living creatures. Hongfu Temple was listed into the 142 national key Buddhism temples in 1983, and under the province’s protection at the same year. 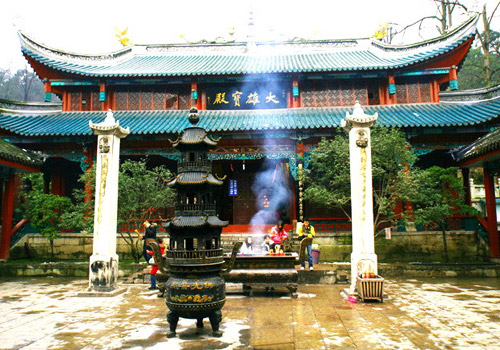 What to see in Hongfu Temple? 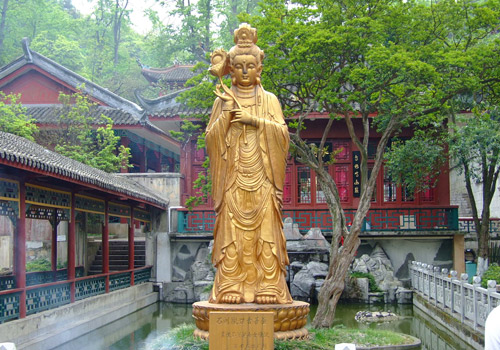 To reach the Hongfu Temple of Guiyang, the ancient way named Jiuqu Path (Winding Path) with 383 steps was firstly built in 1688 and repaired twice in 1789 and 1855 respectively. The path is accompanied with numerous attractions such as Ancient Buddhism Cave, a pool for washing monk’s bowl, Lingguan Pavilion, and kinds of inscriptions on precipices.

Precious cultural relics and historical sites in the temple

A great many precious cultural relics and historical sites are found in Hongfu Temple; the ancient Jiuqu Path, the Ancient Buddhism Cave that toured by Xu Xiake (徐霞客, a famous traveler and writer of Ming Dynasty), Tower Forest for past abbots of the temple, tablets corridor with poetry inscribed by Chu De, Dong Biwu, etc. ancient bronze bell of Ming Dynasty, kinds of sutras, and over 100 calligraphies and paintings collected from famous calligraphers and painters.