May, Time for Grassland Tours in Northwest China

May is the time when quite a few cities across China embrace early summer, and more important, May is the best time for visitors to travel around grasslands in Northwest China. On these vibrant grasslands, green grasses grow eagerly, and lovely flowers blossom magnificently. Apart from those grasslands that are very familiar to visitors, there are still many others worth a visit. 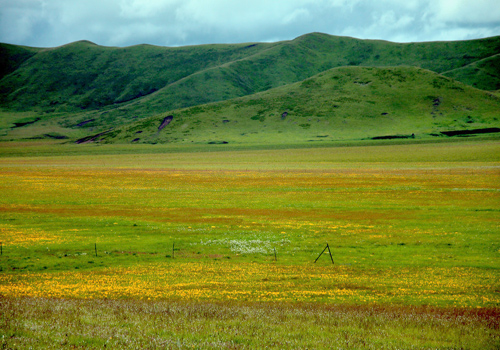 Like an eye-dazzlingly beautiful emerald, Ruoergai Grassland has long been hailed as the oasis of northwest Sichuan. In May and June, vast Ruoergai Grassland, as one of the most fetching wetlands around China, is carpeted with various wild flowers, and lush grasses. And its attraction Flower Lake is just a paradise, when colourful flowers beside the lake and in the lake are in bloom. Moreover, Flower Lake is the natural habitat of a large number of waterfowls due to luxuriantly-growing reeds.

Tips: since Ruogaier County is 3,400 metres above sea level, visitors are not advised to take a bath the first night they reach there from the lower altitudes in case of a cold or effects of high altitude on human body. Besides, you are suggested eating more vegetables and drinking more water, and preparing sunglasses, sunscreen, and sunbonnet. 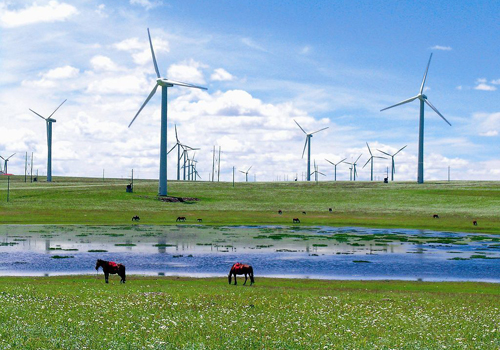 Covering an area of 600 square metres, Huitengxile Grassland, over 2,100 metres above sea level on average, is rare typical alpine meadow grassland around the world. As mid-May is approaching, it is the best time to go horseback riding on the grassland. It is also a world of brilliant flowers, blue flax, white lily, Chinese Pink, trollflower, wild red lily or the like. Besides, the second largest wind power plant is just located here. Strolling on the Huitengxile Grassland, you will find how spectacular the hundreds of white windmills revolve at the same time.

Moreover, Daihai Scenic Area in Liangcheng County of Ulanqab is worth your visit. Covering 130 square kilometres Daihai Lake is the third largest inland lake of Inner Mongolia, and is reputed as magic lake on highland.

Tips: if you get there, don’t forget to try traditional dishes, say, boiled mutton, kumiss, dried milk cake, dried skin on boiled milk and so forth. 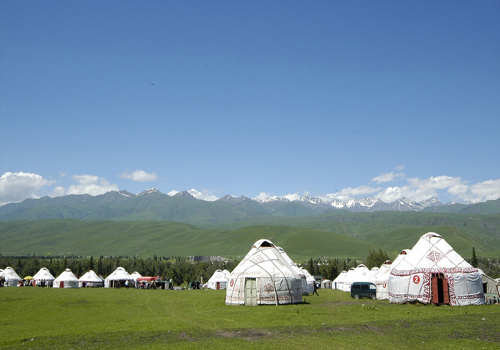 Located in Yili, Xinjiang Uygur Autonomous Region, Nalati is one of the four river valley grasslands around the world. With a height of 1,190 metres above sea level, it is hailed as hanging grassland. From May to September, Nalati grassland is full of vigour. When you climb up the hills on the grassland, look into the distance, you will find pearl-like yurts, scattered sheep and cattle, broad river valley, snow-capped peaks. Certainly, you can go horseback riding on this waving grassland to indulge yourself in Mother Nature.

If you are interested in flowers, why not go to the nearby Gongliu County where you can find a vast expanse of wild poppies! However, you have to reach there by the noon, for wild poppies will close up around afternoon. Isn’t it amazing? Sapphire Sayram Lake adjacent to Yili, peaks of Tianshan Mountain, dense pinewoods will also delight. 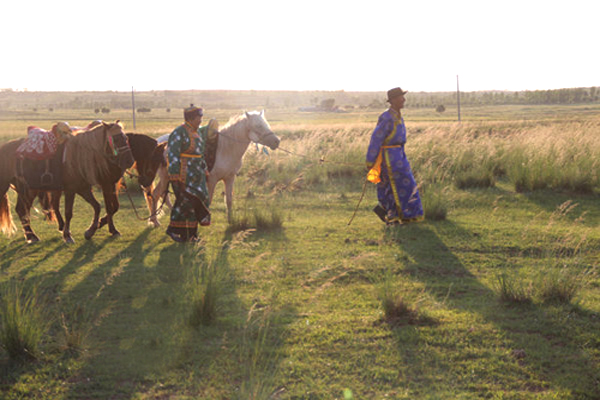 Historically, Subohan Grassland of Erdos City is the most intact original wetland grassland, where residents here are living the same life as their ancestors did in the 1200s. Visitors can have a good time by taking go-anywhere vehicle or going horseback riding, trying traditional local dishes, sleeping in the Mongolian yurt, watching performance and even attending the unusual wedding on grassland!

When you are in Erdos, don’t miss such famed attractions as Mausoleum of Genghis Khan, where quite a few relics of the war are on display, and Resonant Sand Bay, where visitors can get close to desert by gliding or ropeway. 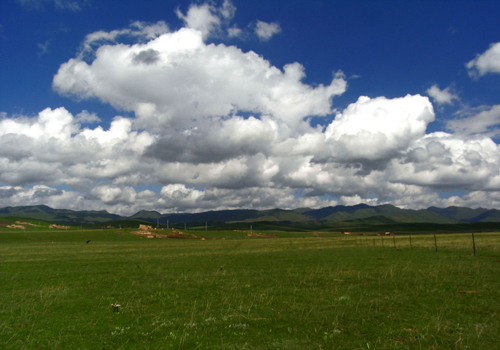 Sited in the Tibetan Autonomous Prefecture of Gannan of Gansu, Sangke grassland is a vast alpine steppe surrounded by rolling mountains. Daxia River flowing from south to north looks like a pure white hada across Sangke grassland. Along the river white tents of the local herdsmen are in sight. The river will also lead you to the ancient Labrang Monastery, which comprises 6 prominent Buddhist institutes of learning, 48 Buddha halls and over 500 monasteries. The magnificent huge architecture complex will completely overwhelm you!

Tips: Xianglang Festival on the 6th lunar month is grand for Tibetan people in Xiahe area, when family members will go out for tug-of-war, horse racing, yak racing, wrestling, singing and dancing.