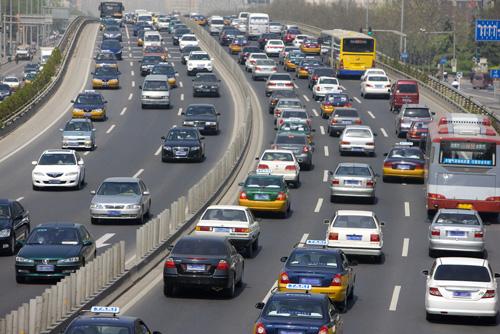 The title of “a nation on bikes” of China did not fade until it stepped into the 21st century. With the improving of living level and the speeding up of modern life, bicycle, which used to be the most popular transportation vehicle in China, was replaced by motorbike and electric bike. However, the number of motorbike is under the control of government due to its high accident rate and pollution to the air. Nowadays, more and more people choose electric bike because of it fast speed and easy operation. But in Guangzhou, it is not allowed to ride an electric bike on road, because it is considered to be too light to lose control.
In addition, more and more Chinese families possess private cars, which are convenient for personal transportation but a burden for the public traffic of the whole country where over 1.3 billion people live, especially in big cities like Beijing, Shanghai, Shenzhen and Guangzhou. Thus, it is better to avoid rush hours while traveling in these big cities.