The 55 minority nationalities scatter all over China and live together harmoniously with the Han nationality. Guangxi Zhuang Autonomous Region in central China is one of such areas in China lived with different nationalities, with Zhuang as the major ethnic minority. The government of Guangxi has always attached great importance to protect the rich cultures in the region, and in recent years there are more than one hundred deputies of the Guangxi People's Congress and members of the Guangxi People's Political Consultative Conference made proposals to set the third day of March in the lunar calendar as a traditional festival of Guangxi. As for us, it is really a joyful thing to hear that the proposal has been passed and an official holiday of two days has also been provided. 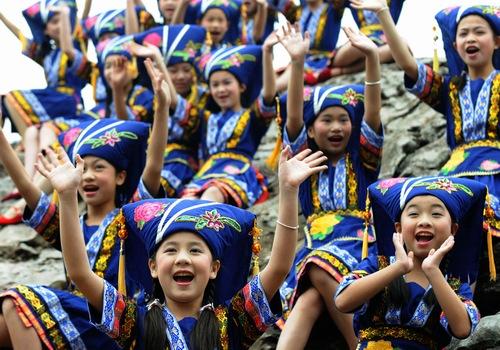 In fact, the March 3rd Festival is the one celebrated by Han nationality and many other ethnic groups in China to remember the birthday of Yellow Emperor, one of the legendary Chinese sovereigns and culture heroes included among the Three Sovereigns and Five Emperors. It is particularly important in Guangxi, and as to the locals it equals the Spring Festival of the Han. Every year, over 27 millions of people in Guangxi celebrate the March 3rd Festival with different ways. Most of Zhuang people will get together on the days and hold a variety of activities, such as singing folk songs, snatching fireworks, playing drums, throwing embroidery-balls, etc. Whereas some Zhuang people in Nanning consider it an important festival to offer sacrifices to ancestors and visit their graves, or to have an outing to enjoy the beauty of spring. Due to the March 3rd Festival holiday falls on April 2 and 3 this year, just one day before the Tomb-sweeping Day, another three-day holiday in China, people in Liuzhou and Guilin will hold a lot of activities to welcome visitors across the world, like the folk songs tournament, water music festival and peach blossom festival in Liuzhou and folk songs contest to be held in Longsheng, Guilin.

Since it is an estimated of more than 1,200 festivals belong to the minority nationalities in China, and the March 3rd Festival is just like a drop of water in the sea, it is hardly to list all of these festivals. Below I merely introduce some of the representative ones for you to learn more about the festivals of Chinese ethnic minorities. 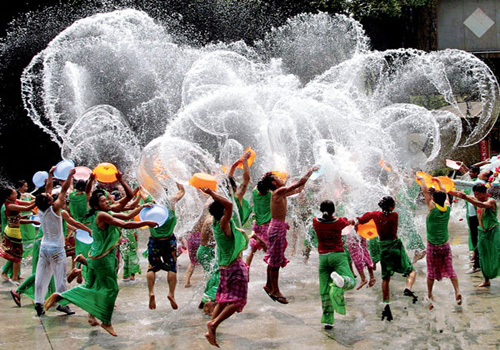