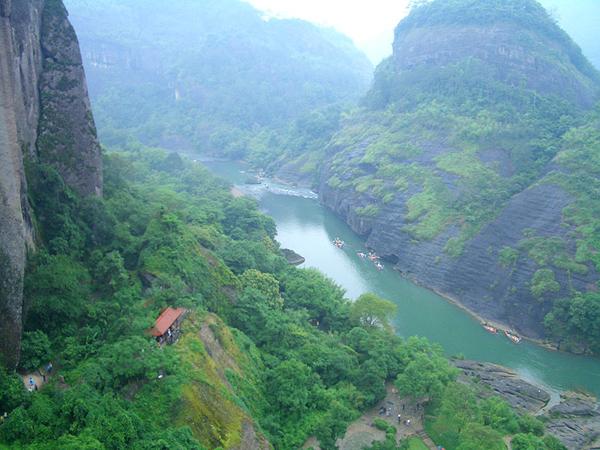 Located in the northern part of Fujian province, Wuyishan city, by far is the only city in Fujian named after a mountain. It is bordering Pucheng County in the east, Jianyang city in the south, Guangze County in the west and Qianshan County of Jiangxi province in the north. Covering an area of 2802.8 sq. km., the city is 70 kilometers wide and 72.5 kilometres long. Roughly estimated, there are more than 0.2 million people living here. Surrounded by mountains in the north, east and west, the city is situated 210 meters high above the sea level, with Huanggang Mountain 2158 metres – the highest peak within the city and the "Ridge of East China". Generally speaking, the city is divided into three streets, three towns and four villages. The world-famous Wuyishan Scenic Areas are just located in the city. Other historic places of interest such as Chishi Riot relics, Shangmei Riot relics are also in sight. Therefore, this long-history and wonderful-scenery Wuyishan is worthy of the praise of "Green Hills and Red Mountains". History of Wuyishan – a Historical and Cultural City of China Wuyishan is a long river flowing rich history and culture.... More information about Wuyishan » 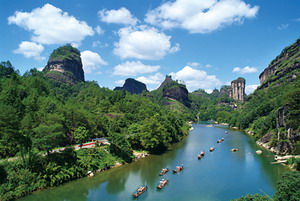 Well-known for its bluish-green waters and red mountains, Wuyishan is hailed as the best scenery in Southeast China. Thanks to the superlative craftsmanship of Nature, the area boasts its unique and weird landforms, delicate scenery, elegant waters, 36 charming peaks, 72 caves, 99 weird rocks and 108 other scenic spots. 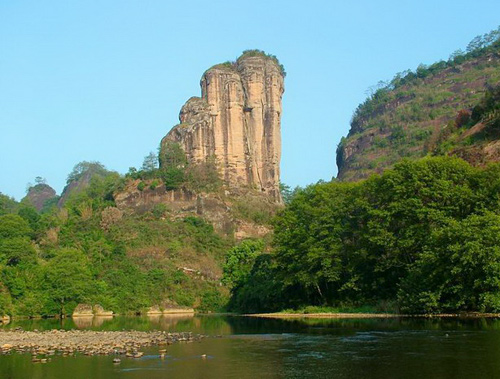 Jiuqu Stream is famous for its pristine environment, clean waters, tiny population of simple farmers, far removed from the hive of industry and commerce that in metropolitan China. Although the water level varies throughout the year it is always possible for a bamboo raft to carry tourists up and down the river.

All Photos of Wuyishan» 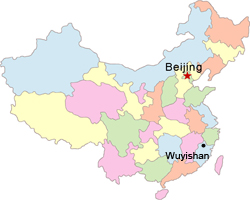