On June 22 at the 38th World Heritage Convention in Qatar’s capital Doha, the World Heritage Committee approved China’s declaration of the Grand Canal, and China’s united declaration with Kazakhstan and Kyrghyzstan of the Silk Road to be world heritages. World Heritage Committee considers China’s Grand Canal is the world’s longest and oldest artificial watercourse, and the largest civil engineering project before the industrial revolution. It had promoted the united administration on both goods and territories between south China and north China, and shows ancient Chinese’ superb wisdom, determination, courage and Oriental Civilization’s outstanding achievement in hydrotechnics. See more World Heritage Tours 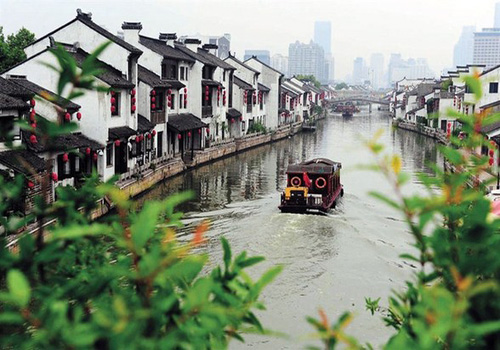 Tongzhou District, the northern starting point of the Beijing-Hangzhou Grand Canal, located on the extension cord of Chang’an Street in the southeast of the city, is the eastern gateway of capital Beijing and the core hub of Bohai Sea economic rim.

A bright pearl of the Bohai Sea located on the bank of Haihe River, Tianjin is the No.1 port of North China features with western colonial period’s style and traditional Chinese folk-custom. It provides unique traveling experience of Chinese comic dialogue, folk art forms and authentic snacks. 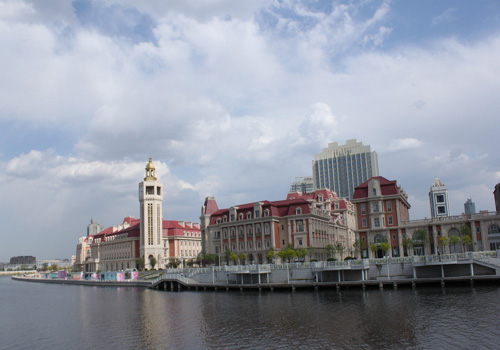 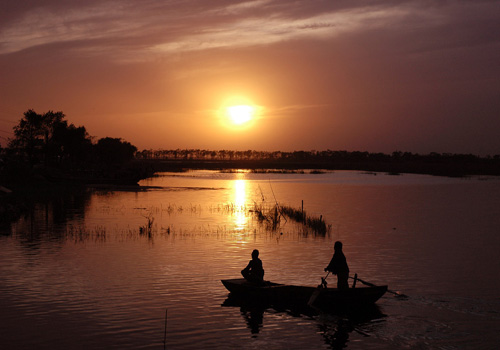 A famous National Historic and Cultural City, Excellent Tourism City and A City of Hot Spring, Liaocheng is the joint site of Yellow River and the Grand Canal. It preserves the country’s highest and largest timber architecture, Guangyue Pavilion in Dongchang Lake, proud of the top art level of painting and calligraphy and is the location of Jingyang Hill, the locality of the famous story Wu Song Fights the Tiger. 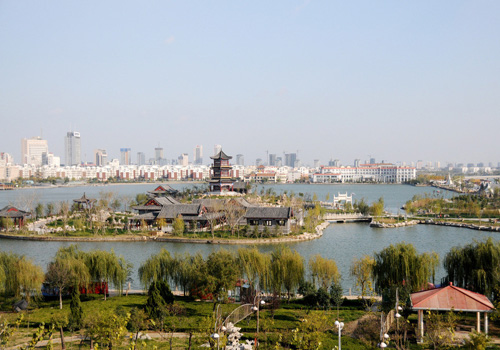 Renowned as the birthplaces of Confucius and Mencius, Canal Culture and Water Margin Culture, Jining is an ancient city with a history over 7000 years. Here you can visit Confucius native place, China’s Three Ancient Architecture Complex Confucius’ Temple, Mansion, Cemetery, and the Mount Liang in the classics Water Margin. 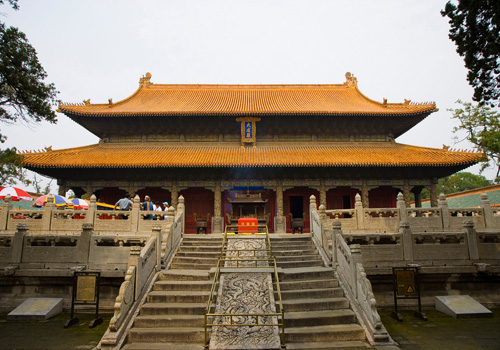 Tai’an is a famous tourism city in East China. It is the location of Mount Tai, a World Natural Heritage, the first of China’s Five Mountains and “No.1 mountain under the heaven”.

Zaozhuang is in the list Top 100 China Forbes’ Commercial Cities and the cradle of Chinese modern national industry. It has the largest Chinese-owned enterprise in the history Zhongxing Company, who issued China’s first stock and built China’s first national capital railway.

Suqian, the hometown of the king of Western Chu (206-202 B.C.) Xiang Yu and the youngest prefecture-level City of Jiangsu, is the middle path of Yellow River and Yangtze River, and the throat of Beijing and Nanjing. 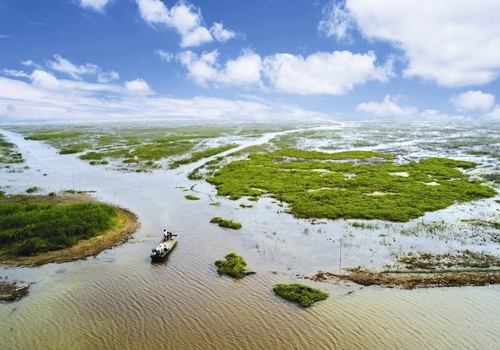 The section of the Grand Canal in Yangzhou is the most ancient part. The canal in the city proper is 30 kilometers long, constituting the famous Yangzhou Three Bays with numerous historical sites and cultural landscapes along the banks, Slender West Lake, Wenchang Pavillion, Daming Temple, and so on. 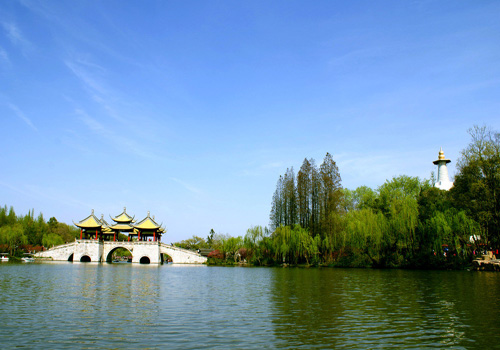 A cultural city with a history over 3200 years located in the heartland of Yangtze River delta, Changzhou is the birthplace of Yangtze civilization offering many places of interest and historic sites, such as China Dinosaur Park, World Joyland, Tianmu Lake, Nanshan Mountain…

Hailed as "the pearl on the Taihu Lake" and "the small Shanghai", Wuxi is where the Wu Culture and the South Yangtze River Culture were cultivated. Since ancient times, Wuxi had been known for brick-making, iron-melting, ceramics, silk reeling and cloth-weaving. 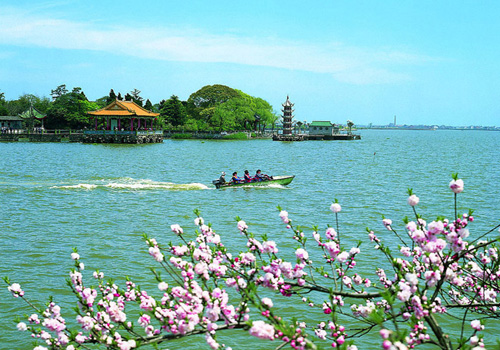 With its unique garden landscapes, Suzhou is the representation of China’s private gardens which has been inscribed as World Heritage Sites. For a long time in the history, it serves as the political, economical and cultural center of South of Yangtze River, and is believed one of the most ancient cities in China. 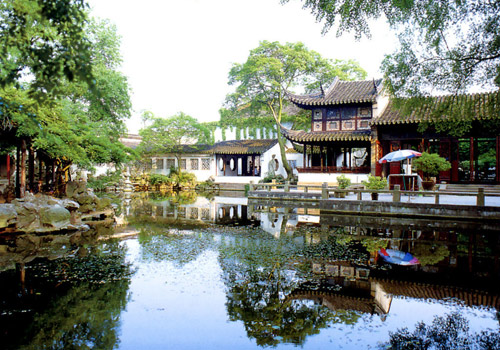 Adjacent to Jiaxing in the east, Hangzhou in the south, Tianmu Mountain in the west and Taihu Lake in the north, Huzhou is an ancient watertown with a over 2300 years history, reputed as The City of Silk, An Abundant Place and The Kingdom of Culture. It has graceful Anji Bamboo Town, Mogan Mountain, Nanxun Ancient Town, Furong Valley, etc.

Jiaxing is an affluent and flourishing city since ancient times. Hailed as a National Historical City, Excellent Tourism City, Garden City and Afforestation Model City, it is also romantic of primitive simplicity due to its famous attractions ancient towns of Wuzhen and Xitang, Nanhu Lake, West Garden… 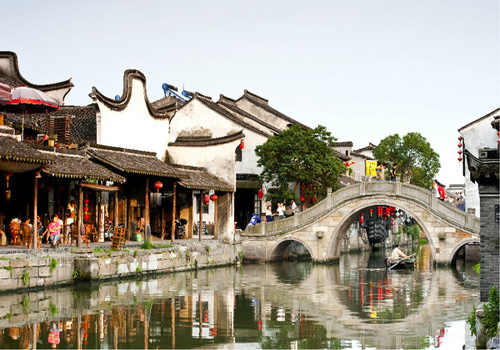 The Grand Canal ends in Hangzhou, a renowned tourism city reputed as “a heaven on earth”. It is one of China’s Seven Ancient Capitals, and was described as the most beautiful and magnificent city in the world by Italy traveler Marco Polo. Most attractive sights include West Lake, Lingyin Temple, Feilai Peak…