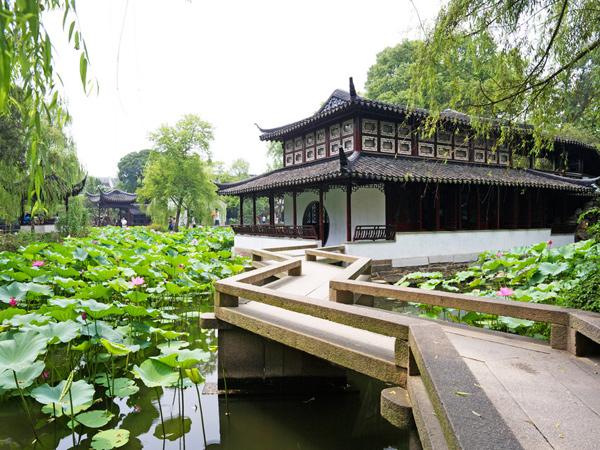 Suzhou, a charming city located in southern Jiangsu Province, eastern China, is a worldwide famous stop-off point on a China tour. Lying in the middle of the Yangtze River Delta, the city enjoys a tremendous fame and dynamism due to its location within the Shanghai, Hangzhou, Suzhou scenic triangle of water cities. Also called the Old Town Suzhou or the Oriental Venice, Suzhou is praised for its numerous ponds, streams and other little rivers ranked as UNESCO World Heritage Sites since 1997. Considered as a jewel on Marco Polo's journey to Asia during the late 13th century, today's Suzhou has changed a lot compared to ancient times but hopefully some traditional whitewashed houses, tree-lined canals and sumptuous gardens still remain for the pleasure of tourists having the chances to stop by. With delicate combination of water, trees, rocks and buildings, Suzhou is the Chinese embodiment of balance and harmony, a marvel to any traveler! History of Suzhou Famous silk, garden and water town since early ages Suzhou is a classic historical city that travelers should see while touring China. Built in 514 BC, the ancient city of Suzhou is one of the oldest of its ch... More information about Suzhou »

Originally a garden of a senior official in Ming Dynasty, Lingering Garden is one of the Four Best Known Classical Gardens of China inscribed in world heritage lists and the first batch of national cultural relics. It is celebrated for ingenious layout of architectures and a great deal of rare rocks.

More about Lingering Garden (Garden to linger in)

Beijing-Hangzhou Grand Canal is an ancient grandeur project and the earliest and longest manmade watercourse in the world. Owing to this, Suzhou was a paradise for merchants. To boat on the canal is absolutely a best way to appreciate the beauty of typical ancient river towns in south region of Yangtze River.

More about The Grand Canal

All Photos of Suzhou» 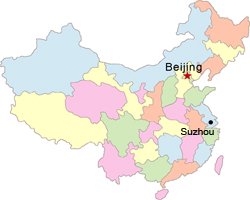