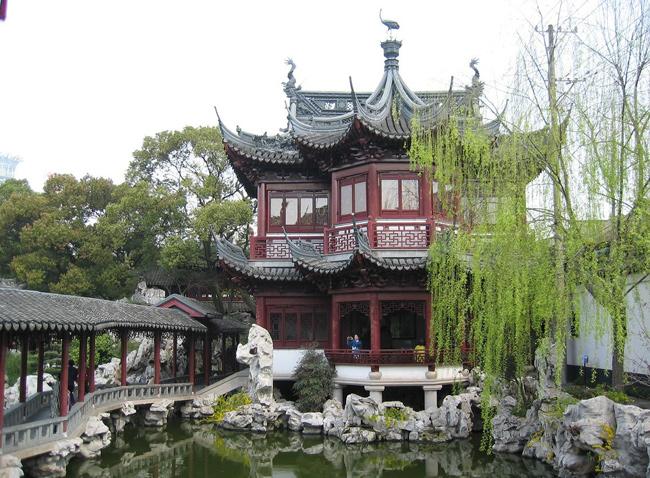 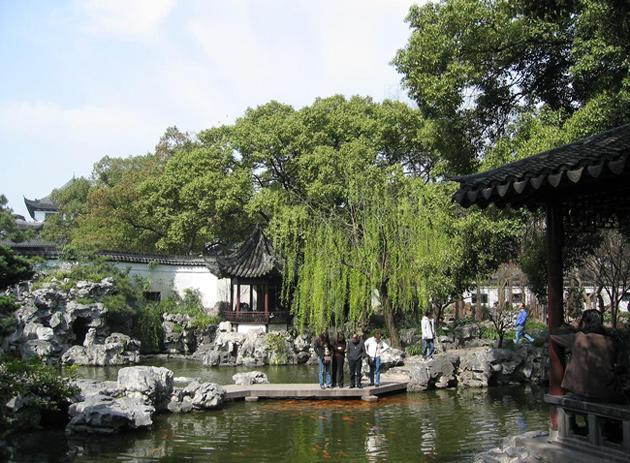 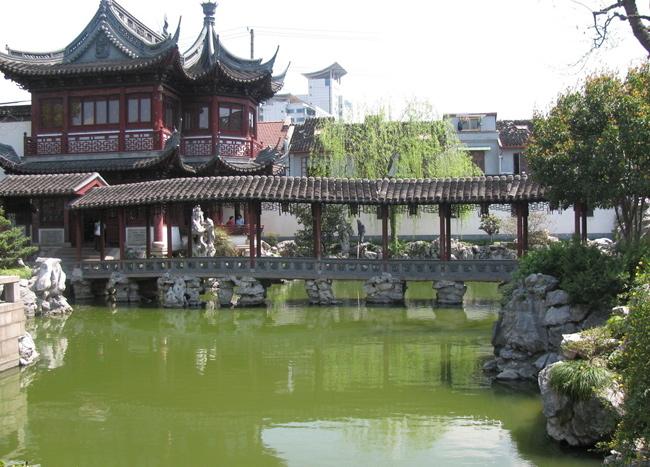 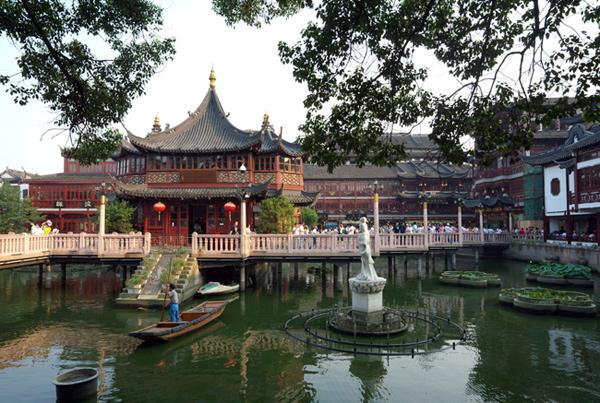 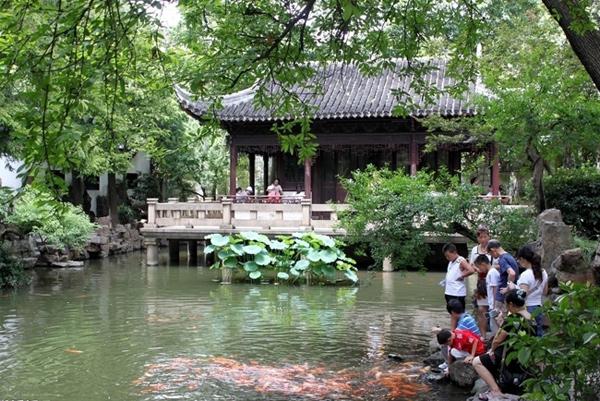 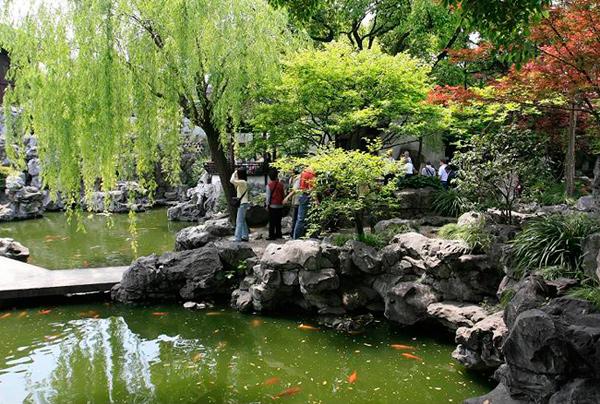 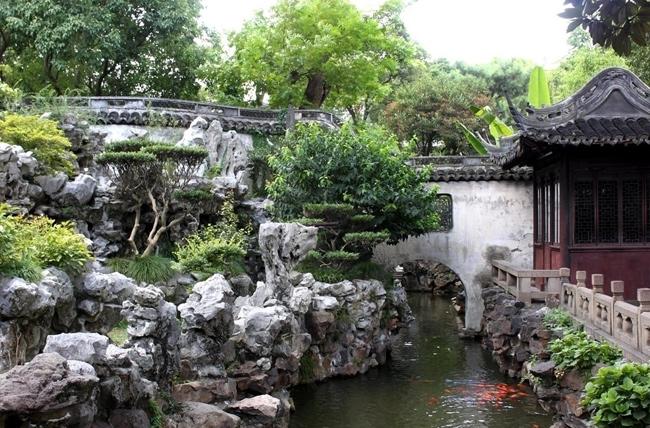 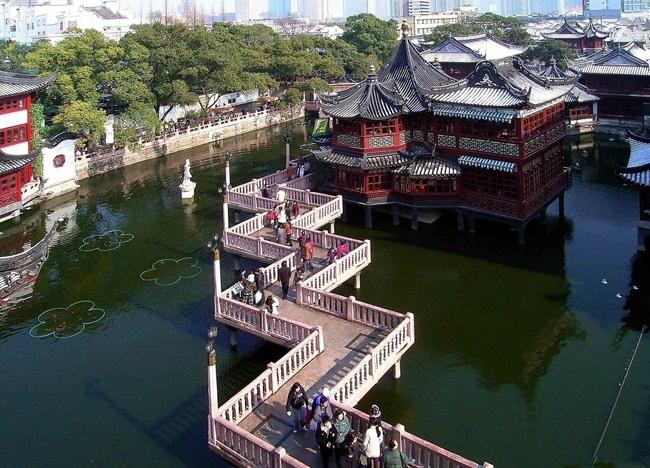 Yuyuan Garden or Yu Garden of Shanghai is a pearl of classical gardens in southern area of the Yangtze River built in 1559 in Ming Dynasty (1368-1644) with a history of more than 400 years. It is a private garden of Pan family. As the name implies, Yu means pleasing and peace in Chinese. The founder Pan Yunduan invited the famous designer to build this garden for his parents as the tranquil place to spend their remaining years in comfort and happiness. 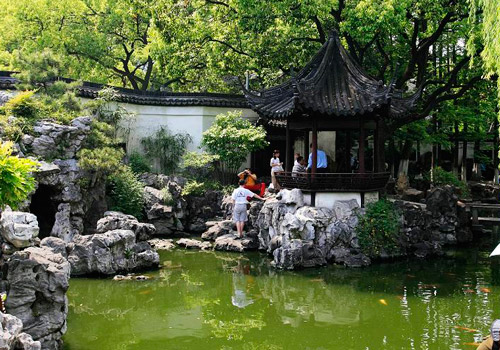 Opened up to the public in 1961, Yuyuan Garden was included in the important heritage sites under state protection in 1982. During the celebration for 440 years anniversary in 1999, the former general secretary Jiang Zemin inscribed a title for the garden as Famed Garden by the Sea, which now standing in the garden for admiring. The British Queen Elizabeth Ⅱ, the US President Clinton, the German President Herzog, the Japanese Prime Minister Murayama, and other chiefs and honorable guests from other countries also had visits in Yuyuan garden during their stay in Shanghai China.

What to see in Yuyuan Garden?

Crowned as "Mountain Forest in the City" and enjoys the saying that the surprising and beautiful sceneries of the garden top that of the southeast area, present Yuyuan Garden also includes the around streets, the marks of the garden-the Zigzag Bridge and Mid-lake Pavilion, the Exquisite Jade Rock-one of the three rocks in south of the Yangtze, as well as calligraphy and paintings of famous artists, hundreds of clay sculptures, brick carvings, horizontal inscribed boards, inscriptions and couplets of past dynasties. 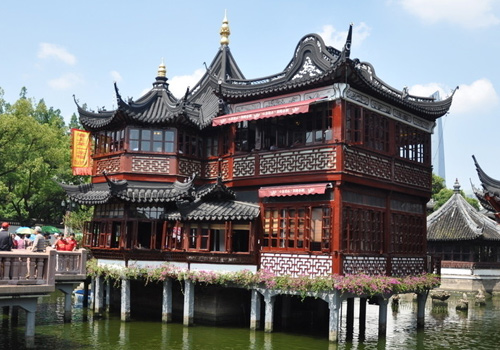 Covering an area of 20 000 square meters, the attraction can be divided into four parts, the Eastern Area, the Western Area, The Central Area and Internal Garden. Each part owns distinguish features within several characteristics scenic spots. There are totally 48 masterly partitioned scenic spots in the garden, providing visitors a different scene at every step. Chambers, pavilions, halls, rockeries, terraces and waters all reflects the style and features of Ming and Qing dynasties' gardening art of the south of the Yangtze.

Zigzag Bridge & Mid-lake Pavilion（九曲桥&湖心亭）- they are the marks of the garden. Zigzag Bridge is 18 meters long and 2 meters wide, totally composed of granites and jade stones. It is a perfect leisure site with a pond and fish, pavilions on both two sides, stone tables and benches in pavilions. Mid-lake Pavilion is a primitive but elegant tea house with great traditional features. 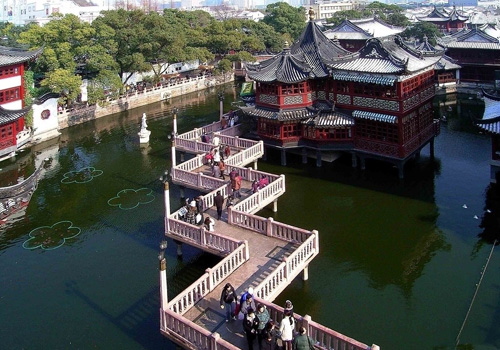 Great Rockery(大假山)- it is the first scene visitors can see when entering the garden. It is the oldest and largest rockery in the area of south Yangtze River with a height of 14 meters. The top of the rockery is the best site for a bird’s view of the garden. At the foot of the rockery, there are surrounded old trees, beautiful flowers, a Cuixiu Hall as well as curio shops.

Exquisite Jade Rock(玉玲珑)- the grotesque rock is one of the three famous rocks in south of the Yangtze, together with Duanyun Peak in Suzhou and Zhouyun Peak in Hangzhou. It has a height of 3.3 meters and 72 holes. Interestingly, if burn a joss stick at the bottom of the rock, the smoke will surprisingly rise from all the holes; similarly, if pour the water on the top of the rock, waters will flow out from every hole. To well appreciate this rock from Tai Lake in Wuxi, Jiangsu Province, the founder built a Yuhua Hall facing the rock and inside furniture is graceful made of top grade rosewood of Ming Dynasty. 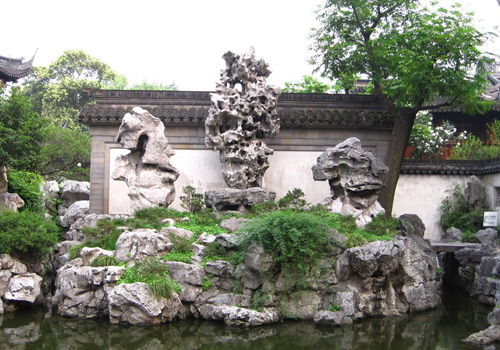 Sansui Hall(三穗堂)- the name Sansui means propitious and lucky in Chinese. The hall is the main construction in Yu Garden with a height of 9 meters and 5 halls built in 1760. Originally used to entertain guests, it became the place for ceremonies of government as well as for gatherings of gentlemen and scholars in Qing Dynasty (1636-1911).

Yangshan Hall(仰山堂)- it has derious cloisters facing the pond. It is a superior place to admire the Great Rockery and to appreciate the cultural inscribed stones of Orchid Pavilion Series by the famous Calligrapher Wang Xizhi.

Yuyuan Garden is a major site for kinds of cultural and recreational activities in Shanghai in the past and at present. It has a long history to hold various exhibitions of flowers, calligraphies, paintings, bizarre stones, and other recreations like ascending during the Double-nine festival, lantern show during the Lantern Festival, tea ceremonies and the like. Adjacent to the Yuyuan Garden, it is the busy Chenghuang Miao (城隍庙, Temple of the Town Gods) and the alive street, which presents a rather Disneyland version of historical China together with the Yuyuan Garden and surrounding bazaar. It is definitely a good stop for meals as well as for souvenir shopping.