Busy works finished finally in Friday, while the busy schedule never ends. Last weekend, I went to Nanning (Capital city of Guangxi province) for my cousin's wedding with my mother and the family of my aunt. The trip was full of surprises, very interesting. Hereby, you will follow up of my step to see the new Nanning, also the different short tour experience from Guilin.

I have to say, it is a busy day today because my mother and I were not going to Nanning firstly, because we had to go to Liuzhou first to meet and get together with my aunt, uncle, and their lovely daughter.

The hard-seat train from Guilin  to Liuzhou leaves at 6:44 am in the early morning, so we got up very early, but the train was late for 1 hour and 10 minutes, what a good luck we had! Therefore, the time in the train station of Guilin was the first surprise for this short weekend tour. It was strange that on this Saturday, most of the trains were late than their expected arrival time. So,,,we were not the person who were specially served by god today.

Liuzhou is an industrial city, very close but quite different from Guilin (China famous tourism city), the China train stations improve the train speed many years before, therefore, the train from Guilin to Liuzhou only cause 2 hours today. The ticket price is CNY29 per person, the distance between Guilin and Liuzhou is 255KMs. Although we are located in Guilin but we travel a lot to Liuzhou and Nanning before, so some main street and buildings in these cities are very familiar to me. Every time when I go to a place, things are different, feelings are different.

We went to the cloth shop where my aunt works then went together for lunch in her home. Aunt is a tailor and she makes very good reputation in the nearby areas. Everybody want to make their own close or mend them with my aunt, great thing, isn’t it?

As the time staying in Liuzhou was very short, I just took some pictures of the market street near the Liuzhou railway stain for memories, it is here, where my aunt made her life and earned money to raise the kid.

After a very short but delicious lunch with others, we packed up and then start our long time car driving to Nanning. We drove to Nanning on the high way, not by other transportation vehicles. On the way from the Liuzhou city center to the highway, I saw many interesting places like the cable car in the Ma'anshan Park (马鞍山公园), it is said that the cable car connects two parks in Liuzhou together, however, it was a pity that I did not know the name of another one. And also on a corner of the short  and old building street, a very special building attracted me, it was the memorial for the Korean temporary  government of anti-Japanese(大韩民国临时政府抗日斗争活动纪念馆) (In this period, China was invaded by the Japanese so this government was the place for those Korean people who were willing to help China to succeed in the War of Resistance Against Japan, and it stands for the friendship between Chinese and Korean people) 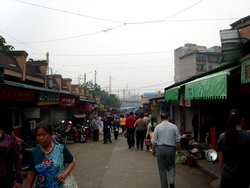 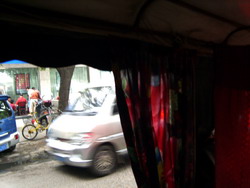 Liuzhou is even a smaller city than Guilin so the traffic of Liuzhou is not so good but finally we started our tour to Nanning. The time on the car lasted about 4 hours because we had short rest on the way but the time together was great, beautiful landscape outside the windows, fashion music, snack, ect. The speedway from Liuzhou to Nanning is very nice, flowers, rivers, China country views, we have everything.
The expected car accident held us up for about 2 hours, but thanks god, we finally arrived in Nanning city. Everyone will see how great the city is, or it is better to say, the Nanning Langdong area, (南宁琅东区), the clean air, the tall buildings, the magnificent hotels, everything in the new district of Nanning are even the same like Shenzhen. Hypermarket of Wal-mart, well known pizza hut, commercial banks and government offices, everything conforms the idea that Nanning is going to move its center outside, and the city is expending, the life is better, the commercial is developing fast in Nanning. Just take a short look to see what the new Nanning is like, do you want to see it with your own eyes? 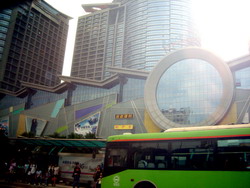 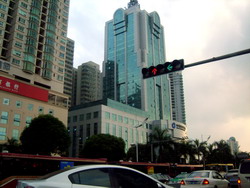 It was a shame that my camera is out of electricity just before the wedding! Oh my god! So I hope the coming words only paragraphs will also bring you great time.
The hotel where my cousin brother holding his wedding is Nanning hotel, it is a 5 star hotel with excellent location in the city center. Nanning hotel is very close to shopping malls and commercial centers for cloths, electric products, snacks, ect. This area is totally new, not only for its growing variety of products, but also for its popularity among the young people.
As I am working for China tours in professional China travel agency, so we will regard everything we see in an office man way, it is for sure that Nanning hotel is of very good location, old and famous. For rooms as a 5 star one, it is ok, but for some detail service like the quality of service there, it is not so good. Compared to the hotel in Guilin, we have better hotel in Guilin, like the Li river water fall hotel, Sheraton hotel of Guilin, even the some of the 4 star hotel in Guilin is better than the 5 star one in Nanning is some ways. So I guess this is the difference between a tourism city of Guilin and a capital city of Nanning. Different eyes, different views, we also recommend customers to stay in Nanning hotel because its location is good, so if you want to have tours in Guilin or Nanning, it depends on you.
The Chinese wedding has becoming more and more similar, everybody do it in the same way, car group for picking up the bride in the morning, dinner together in a star hotel in the evening. 8th May was a good day, and there were 5 couples, maybe more had wedding today at Nanning hotel, honestly speaking, the wedding dish in this hotel is just so so, if you are looking for more special wedding and dishes for wedding celebration dinner, the smaller but featured local restaurant will be your good choice. So what will you choose when you get married?
The dinner finished very late because we are the close relatives of their family so we did some help to make sure everything was done properly before we leave. And we stayed in one of the old rest house in the Nanning police office center where my uncle in Nanning works. It was ok, after all, no body will care too much about the hotel after a very very tired day from a driving from one city to another two. 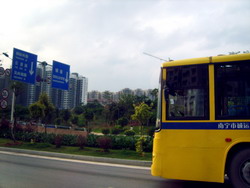 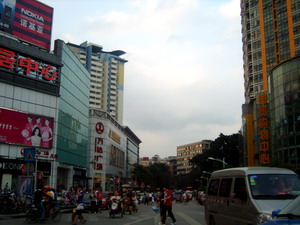 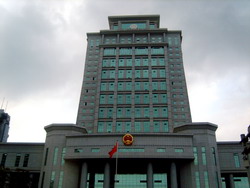 We left Nanning in the early morning because we had many things to do in Guilin, so I had to leave the city and back. How I wish that I could have more time to better enjoy the Nanning city, and for those well-known sightseeing in Nanning like the Nanhu Lake Park, Renmin Park, Mt. Qingxiu (Qingqiu shan), etc. But next time, I will do it all.

We took train from Nanning to Guilin, the train ticket per person is CNY65, and the period on the train usually takes about 5 hours, but it was lucky that I found a friend who is 10 year older than me on the train, we chatted a lot and had a great time together. Also on the train, I met many tourists who come to Guangxi to visit Guilin, Liuzhou, Nanning, or other cities. Also, they taught me a lot during the conversation.

Overall, the trip to Nanning was great, I learnt a lot during the whole trip which brought me happiness. The weather of Nanning is hot as usual, but the weather is fine, sun lights and comfortable wind made us a special weekend for us. What about you buddy, will you travel outside to China for your vacation?

what a pity that you couldn't share the photos of the wedding with us.