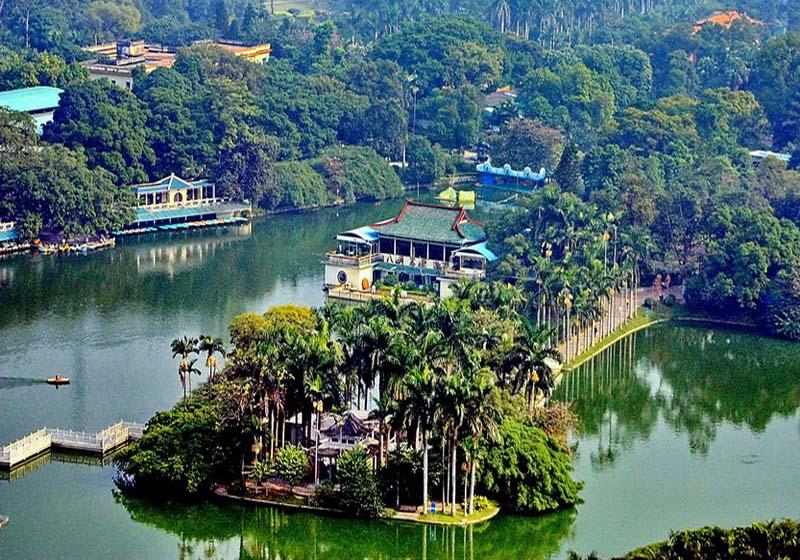 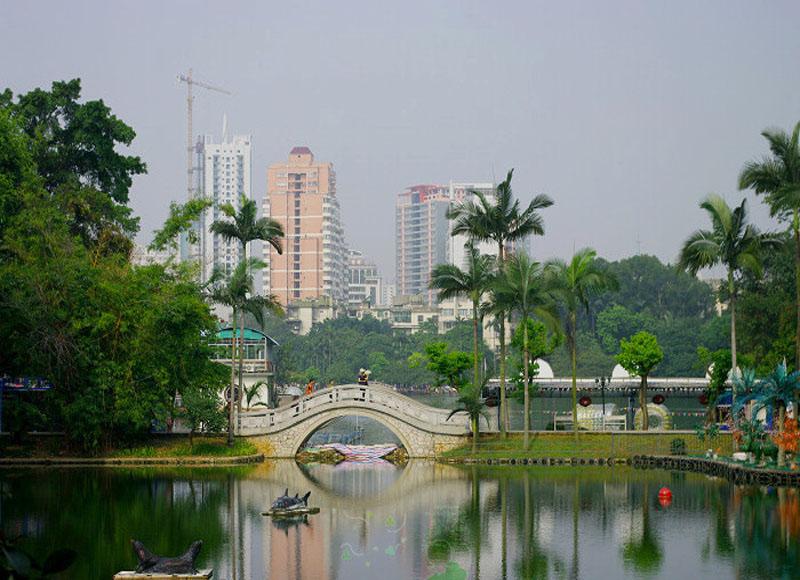 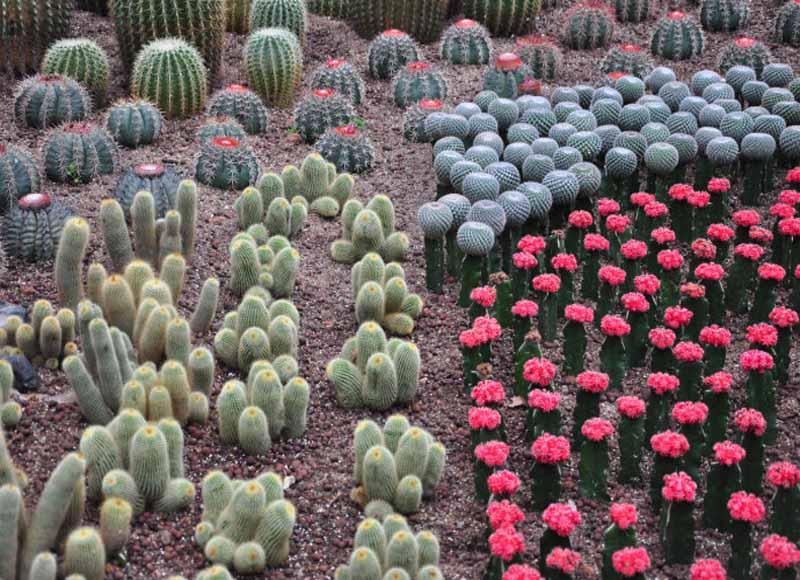 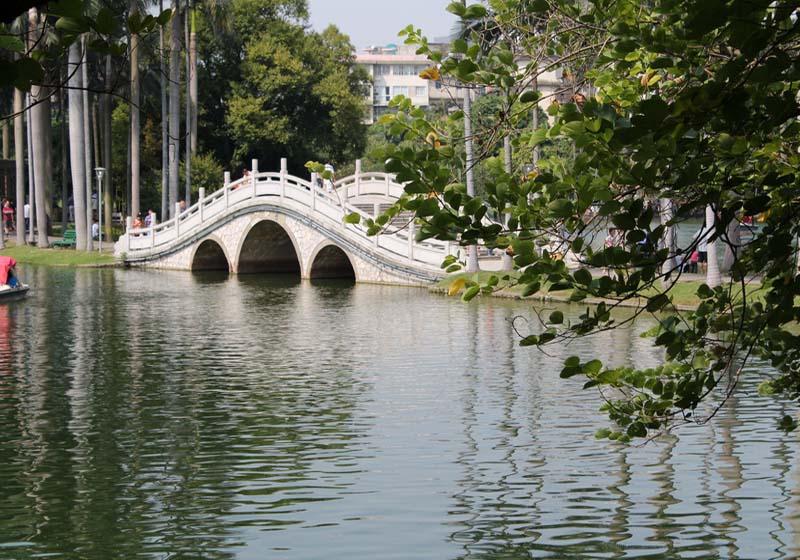 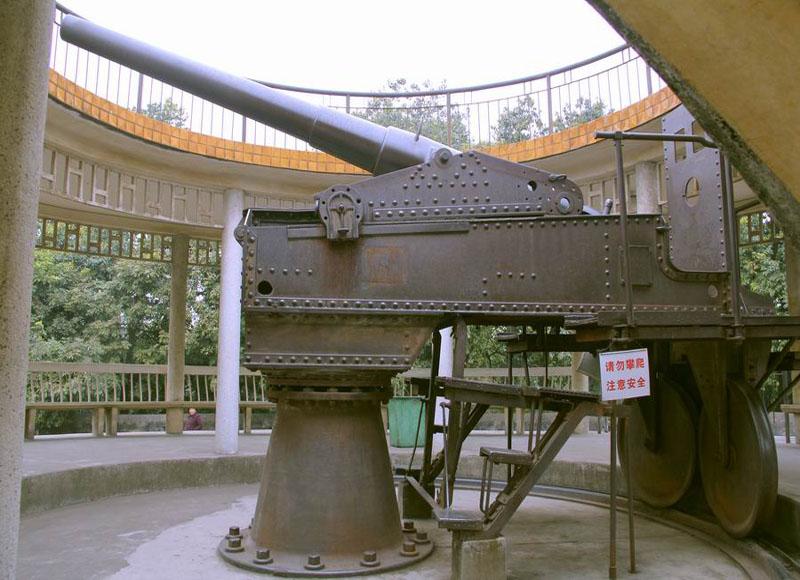 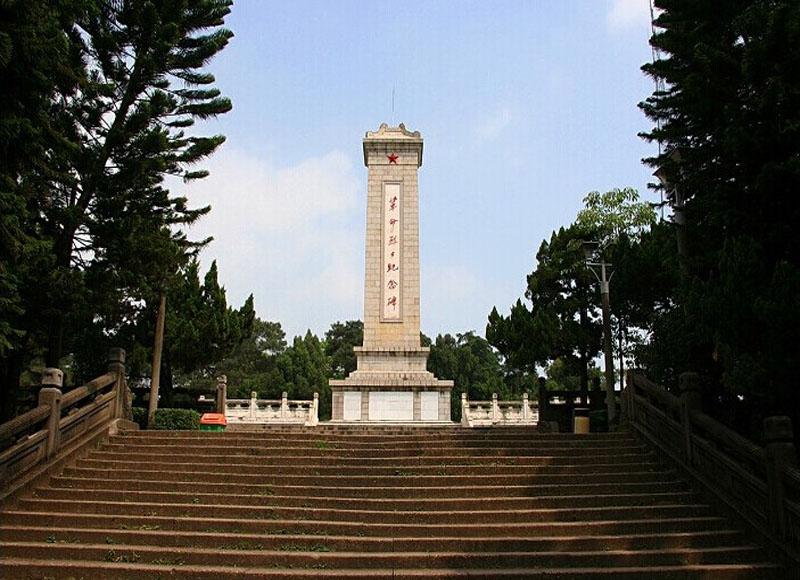 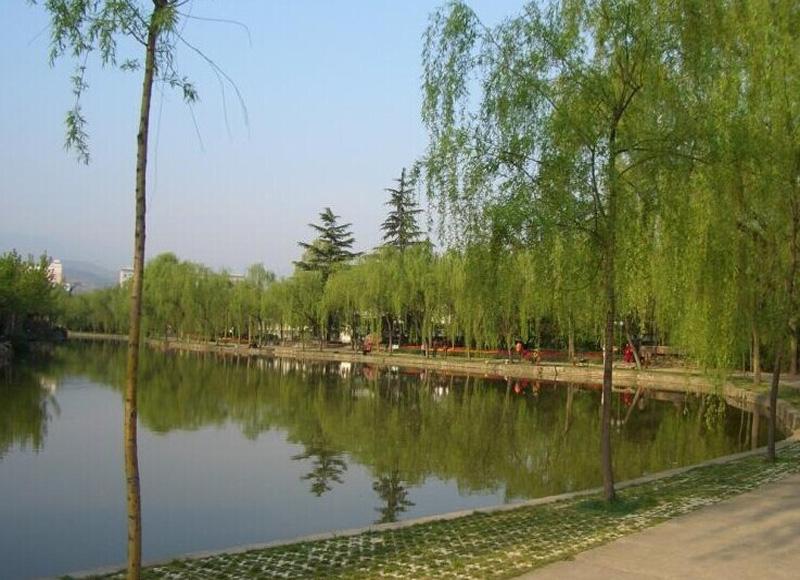 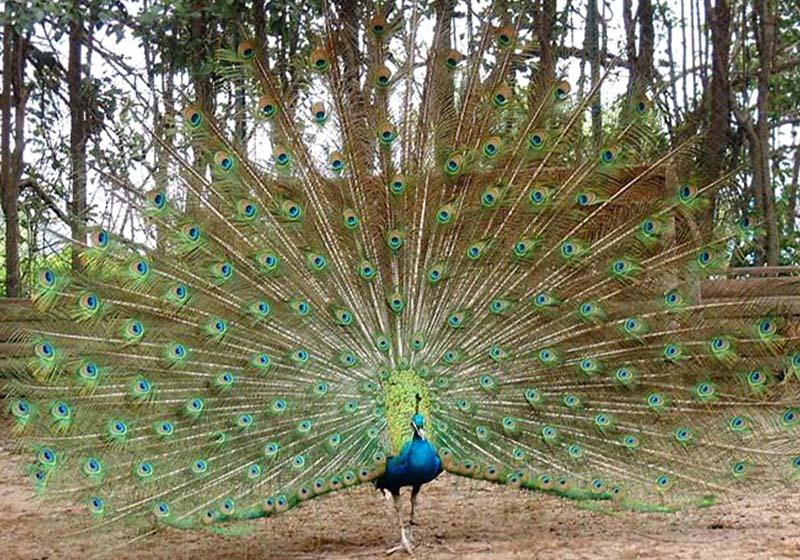 Introduction to Renmin Park of Nanning

Constructed in 1951, the People's Park of Nanning is located in the downtown area of the city; it is the first comprehensive entertainment park in Nanning built after the liberation in 1949. Covering 51.3 hectares within 6.6 hectare's water area, the park has an excellent green coverage ratio of 45.61%. Also named White Dragon Park, which get from the White Dragon Lake inside the park, Renmin Park, for Nanning people, is not only an attractive haunt for its leisure environment but for many a fascinating angelic tales. 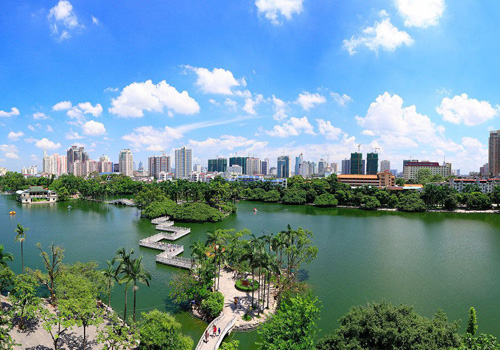 Just entering the gate, it is the main part of Renmin Park- the Wangxian Slope (literally meaning Watching Immortal Slope), which is a hillside with luxurious woods and equipped with a 141 10-meter-wide stone steps leading to the peak. The peak is the empyrean of Nanning, offering a full view of the city. In addition, in Renmin Park, there are also a Zhenning Battery, White Dragon Lake, a zigzag bridge, Mid-Lake Pavilion, White Dragon Restaurant, amusement park, goldfish pool, underground icehouse, a monument for revolutionary martyrs and a largest botanical garden in the province.

Just head-on after entering the park, the Wangxian Slope is the site with most mythical colors. According to legend, on the hill slope, it can catch sight of Luo Xiu, a person lived in Jin Dynasty (265-420) and had turned to be an immortal because of Taoist alchemy, at the Luoxiu Mountain (present Qingxiu Mountain). Another legend of Wangxian Slope rarely known by people goes that, during the Double Third Festival (falls in lunar March 3rd each year) one year, when all Zhuang people going to the slope for folk song fair from all directions, their resonant and emotional songs appealed to two fairy maidens; they join the songs and dances, can not bear to part till evening; they flied away with iridescent clouds and sowed honeysuckles all the way, and the whole slope was covered with flowers at the moment. Since then, on each March 3rd, Zhuang people longs for seeing the fairies again and to sing with them together. As time passes, the slope was named as a slope for watching the fairies. 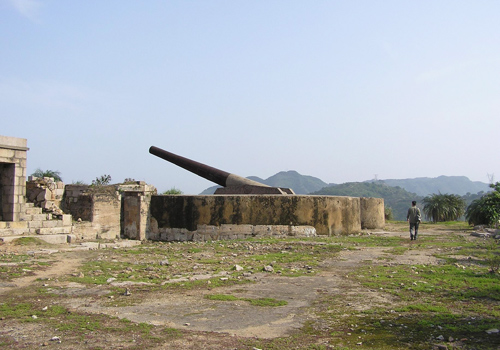 On the peak of the hill slope, there was an ancestral temple built in Northern Song Dynasty (960-1127) for six great historical figures who had made great contributions to Nanning; however, in 1917, to guard Nanning and his hometown Wumin (a county of Nanning), the governor had the temple dismantled but built barracks and fort barbette with a huge cannon- Zhenning Cannon which was made in 1890 by Krupp of German with a firing range of 12000 meters. The number of the 141 stone steps leading to the cannon is of particular significance; it is the amount of the 91 enterprises built after liberation in 1949 with the help of former Soviet Union and 50 programs settled in 1950.

In 1958, the great state leaders Chairman Mao and Liu Shao-chi received more than 40 000 representatives of Guangxi Province. To express their love and esteem to Chairman Mao, Guangxi people built a memorial hall in the northeast side of the slope in 1978, and plants a great deal of rare varieties of trees around, golden camellia, azalea, sweet-scented osmanthus, shorea chinensis, camellia Chekiang-oleosa…and the area was affectionately named as Red Sun Square (Chairman Mao is compared to red sun by Chinese).

One of the Eight Scenes of Ancient Nanning, Wangxian Slope is always the prime choice for Nanning people for spring outing and mountain climbing since ancient times. 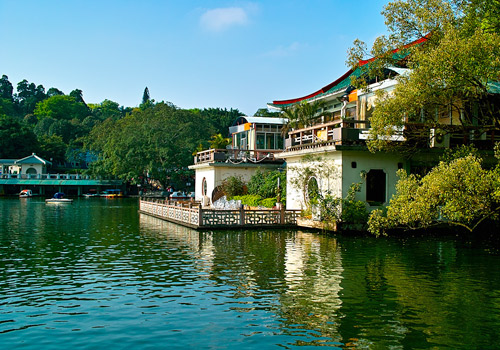 Located at the southern foot of Wangxian Slope, White Dragon Lake is green just like a jade inlaid in greenery. The lake originally was a small pool. According to historical records in Northern Song Dynasty, when the general Di Qing led his army to pursue and attack the enemy, had once encamped in Wangxian Slope; he observed a white-dragon-like thing moved in the pool under the slope and had a soldier to have a look. As a matter of fact, it was flocks of sheep drinking water by the pool. Hence, Di Qing named the pool as White Dragon, which had continued to use for over 900 years. In 1954, the pool was expanded to a 5.16-hectare lake and the Mid-Lake Pavilion was constructed in the island in the middle of the lake in 1955. A zigzag bridge in the west and a three-hole bridge in the north connect the island and lake shores. In the lake, there are more than 100 000 domesticated fish of multicolor. Today, to boat on the lake or feed the fish on the bridges are such great funs attracting numerous citizens on weekends. 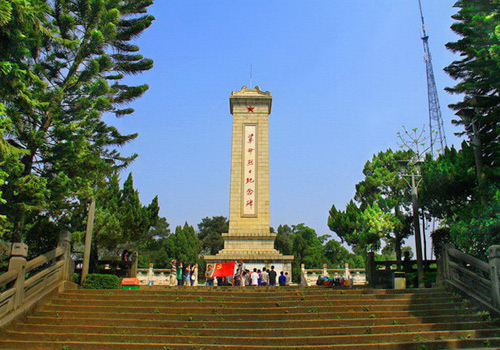 Located on the northeast slope of Wangxian Slope, it was built with a 25-meter-height in memory of those revolutionary martyrs sacrificed in Guangxi during the Great Revolution (1924-1927), Anti-Japanese War (1937-1945) and Liberation War (1947-1949). During Qingming Festival (April 4th or 5th) each year, many a student, youth and common people come here for a visit to cherish the memory of the martyrs with wreaths and flowers.

Divided into shade plants region, flowering marsh plants region and succulent plants region, the garden exhibits over 80 000 plants of more than 300 varieties, 50 categories, and 30 branches. Well-known species include rubine, emerald, dragon tree, chamaemelum nobile, sago cycas, Borassus flabillifer, washington sabal, kinds of orchids, and so on. A largest shade plants garden with most plants and species in Guangxi, it has a largest ball cactus in the province with a 52cm-diameter, subtropical rain forest landscape and desert plants.