Your Position: Home VOC's Travel BLOGChina travel GuideRestless Shanghai: a short stay in one of the world's biggest city

Being a sprawling direct-controlled municipality of China, Shanghai is situated at the very East of the country, on the eastern coastal area of China, facing Jiangsu and Zhejiang provinces to the west and the East China Sea to the east. After my arrival at Shanghai Pudong airport on the first day of my one-month trip in China, our way directly headed to the Zhejiang Province where we were supposed to stay for a few days on the Zhoushan islands, Ningbo and Suzhou. My stay in Shanghai was very short, just 2 days so I couldn't see every single part of the city, but our teacher and guide tried to do their best to make us have a good first impression of this amazing city. 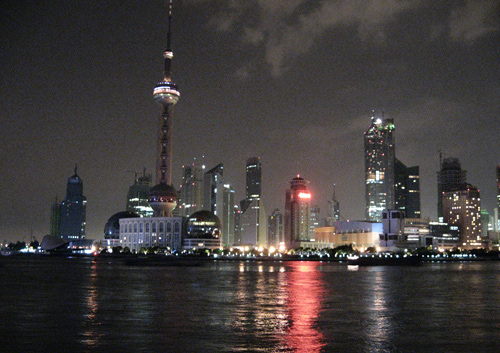 When arriving in Shanghai I could just stand speechless in front of the immense size of this municipality: big traffic, huge skyscrapers and shopping malls everywhere. Shanghai is the typical big city someone can ever think of in the world even compared today to Hong Kong, New York or London! We stayed for one night in a little YMCA hotel which is just a few minutes' walk from the old streets of Shanghai, a really convenient localization that allowed us to visit this historical part of the city before leaving.

Our arrival in the early afternoon permitted us to have a first bus tour of the city. As a real symbol of the city, one of the first buildings I recognized was the Oriental Pearl TV Tower and its two big bowls and white-pink colors. Everywhere in the city, the traffic was dense and moving in a regular and smoothing way, a restless activity that gave us a totally different impression of China compared to the calm and relaxing islands of Zhoushan on which we had stayed for a few days before. 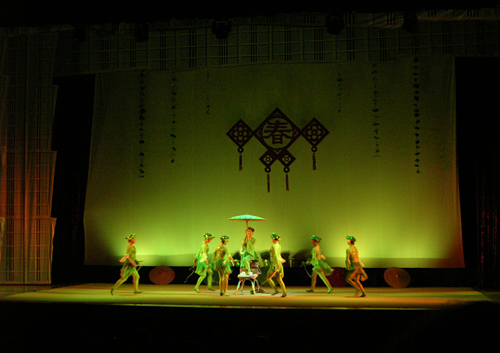 During the tour, we made a short visit of one of the city's many skyscrapers: Jin Mao Tower (金茂大厦), which I have ever visited during my Shanghai trip in 2007. Located in the Liujiazui area of the Pudong district in the centre of Shanghai in a height of 421 meters (88 storeys), the Jin Mao Tower is home to offices and the Shanghai Grand Hyatt Hotel and constitutes a centerpiece of the famous Pudong skyline along with the Oriental Pearl TV Tower. Today in 2011, the tallest skyscraper of Shanghai is the Shanghai World Financial Center (上海国际金融中心, 492 m) located next to the Jin Mao Tower, the latter was listed as the third tallest tower of all China after the International Commerce Centre in Hong Kong and the Nanjing Greenland Financial Center. At the top of the Tower, the sight over the whole Pudong district was just amazing. Shanghai is such a big and beautiful city!

The afternoon already passed, the surprise that our teacher had planned for the evening was the famous Shanghai Centre Theatre acrobatic show, which lasted for about an hour. The show displayed talented acrobats using different tools and wearing beautiful costumes. Comfortably sitting in our chairs, the show was entertaining and of a great beauty! What an exquisite moment for a first stay in Shanghai! On our way back to the hotel, our bus made a quick stop at the must-see scenic spot of Shanghai city: the Bund, a speechless moment that I still have in mind today. Glittering lights, huge skyscrapers, the skyline of Shanghai by night had something like the one of Hong Kong even though the two cities are totally different. 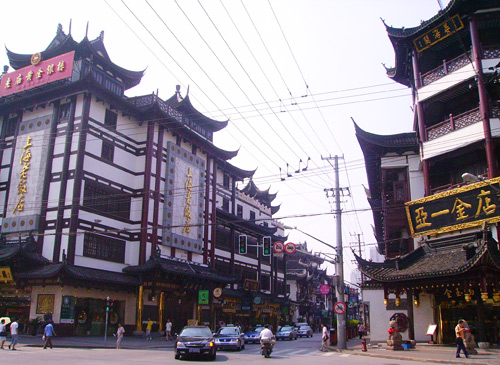 Our flight to Qingdao city departed in the early afternoon on the second day of our stay in Shanghai, we just had a free morning time on the last day, so our teacher just suggested us some visits we could do by ourselves. Some of my classmates selected the option of sleeping, others did some shopping in the city center and some of my friends and I opted for a visit to the nearby Shanghai Old Street. The place was of an immense beauty, remembering the typical ancient Chinese buildings that Shanghai was composed of in early ages. The great curiosity of this part of the city was that it contrasted sharply with the modern skyscrapers in the background, like a little old Chinese paradise stuck in the middle of a sprawling modern and dynamic city! The old street was flourishing with numbers of typical Chinese souvenirs shops and we took a time to look at an artist drawing a pastel painting, a great moment that I'll never forget! 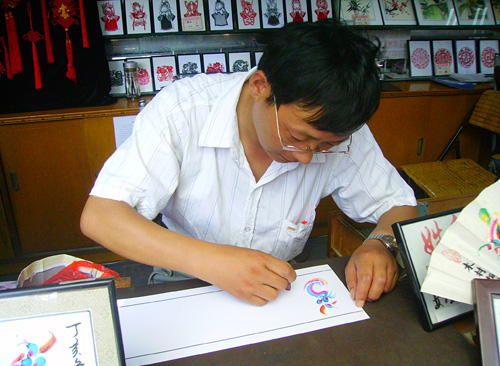 Just two days in Shanghai had passed and I didn't see them going! Time in Shanghai goes so fast! Conveniently served city with an international connection and represented now a major transportation hub in all Asia, Shanghai is one of the most visited cities in China together with Beijing, Guangzhou or Guilin. During your China tours, this city is just a must-see highlight that you cannot miss. Even though life is more stressful and flows faster in this "Pearl of China", Shanghai will give you a modern insight of the country that has become China. The newly built 2010 World Expo buildings are today some other highlights of a visit of Shanghai. Take your time to visit this restless city of China!

Hi there! Do you know what's the price for visiting Shanghai's tallest skyscraper now? I'd like to visit it some days...

Hello dear Douglas! Welcome to our travel blog. The visit of the Shanghai World Financial Center (上海国际金融中心), Shanghai's tallest tower is 150 RMB. If you would like to visit it we can arrange everything for you according to your needs among a one-day Shanghai seat-in coach tour, day trip tour or more if planning to visit another destination. Why not?! Please, feel free to contact me or the team for further informations. We will be glad to make you discover more about China and experience the best of it!