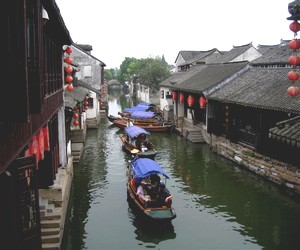 Zhouzhuang, a typical water town, is situated in the southwestern part of Kunshan affiliated to Suzhou, at the junction of Shanghai and Kunshan. It is about 45 kilometres away from Suzhou, and about 100 kilometres away from Shanghai. There are Shanghai Hongqiao Airport, Shanghai Pudong Airport and Xiaoshan International Airport near it. Since trains are impassable here, so are nonstop expressways, visitors have to drive on the ordinary roads after Shanghai-Jiangsu expressway or Suzhou-Jiaxing-Hangzhou expressway. Built in the year of 1086, it was named after the local - Mr. Zhou Digong who donated his land to repair the Quanfu Temple, while in the before it was called Zhen Feng Li. As one of the six great ancient towns in the south of the lower reaches of the Yangtze River, Zhouzhuang enjoys the good reputation as the first water town in China. Nowadays, it has become one of the most popular scenic spots for travelers to vacation and take their leisure. History of Zhouzhuang A Prosperous Market Town of 900 Years According to historical records, Zhouzhuang used to be called Zhen Feng Li. It was in the year of 1086 the town was renamed Zhouzhuang when Zhou ... More information about Zhouzhuang » 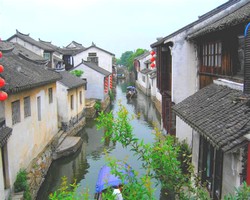 Zhouzhuang, one of the most famous water townships in China, situated in Kunshan City 30 kilometers southeast of Suzhou. It is noted for its profound cultural background, the well preserved ancient residential houses, the elegant watery views and the strong local colored traditions and customs. 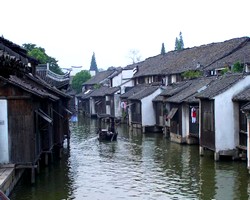 Built during the Ming Dynasty between 1436 and 1449, Zhang Residence is located south of the famed Twin Bridge on Beishi Street. Complete with six courtyards and in excess of 70 rooms, the residence covers over 1,800 square meters. Well-kept gardens and ponds in the rear make for pleasant viewing.

All Photos of Zhouzhuang» 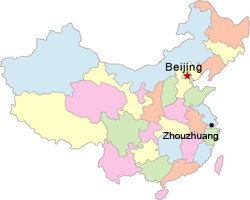