Taiyuan, also known as Bingzhou, is the provincial capital of Shanxi province. In the meanwhile, it is the hub of politics, economy, culture of the province, bordering Fen River and surrounded by mountains. As one of the largest and most dominant cities in North China and one of the twenty-two super cities, it is on the junction of the three economical zones of China, playing the vital role of connecting the east and west, south and north in the course of opening up and economic development. Covering an area of 6988 sq. km, the city is divided into six districts, three counties, and one county-level city, where there are more than four million people in total. Since ancient times, Taiyuan has enjoyed the good reputation as Splendid Taiyuan City. Not only is it a place of vital importance in terms of military and culture, but also it is a world-famous metropolis of Shanxi merchants, as well as one of the most important bases of heavy industry and energy. History of Taiyuan an Ancient City of Rich History and Culture Taiyuan, an ancient city is renowned for its long history of more than 2500 years, splendid culture and rich resources, all of which makes it by n... More information about Taiyuan » 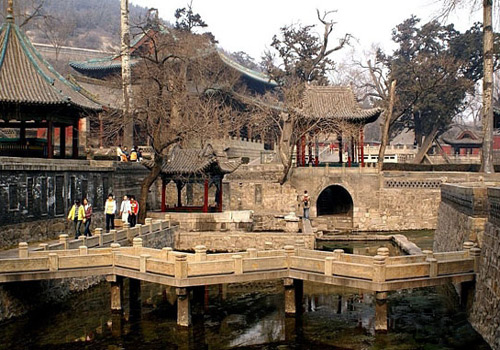 Located at the foot of Xuanweng Mountain, Jinci Temple was constructed in memory of Tang Shuyu (the first ruler of Jin during Zhou Dynasty) and his mother. Famous for the Nanlao Spring, Sinu Status and Shengmu Status, Jinci Temple is also home to traditional Chinese ritual structures, gardening, carving and moulding, murals, inscriptions on tablets, etc. 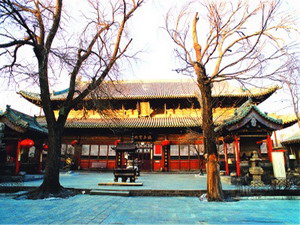 Located in the north part of Taiyuan City, Chongshansi Temple was built in Tang Dynasty (618-907), expanded in Ming Dynasty and burned in Qing Dynasty. The existing Chongshansi Temple includes the temple gate, Bell Tower, the East and West Building and Dabei Hall. Inside the Dabei Hall, Avalokitesvara with 11 faces, the Bodhisattvas Manjusri and Samantabhadra are enshrined and worshiped, all acc...

All Photos of Taiyuan» 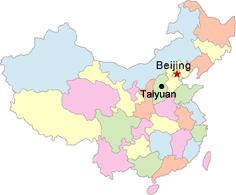