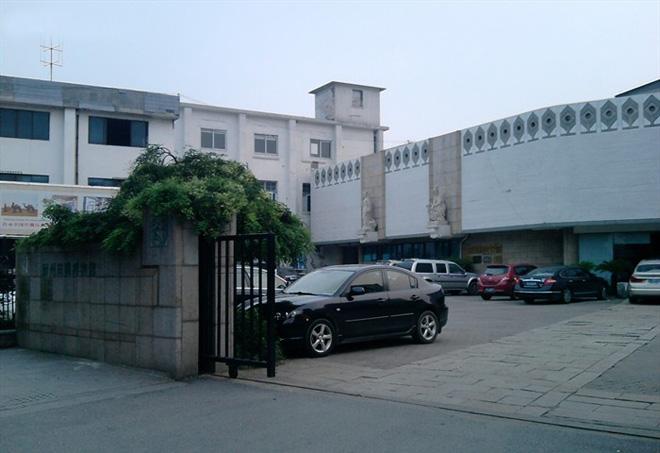 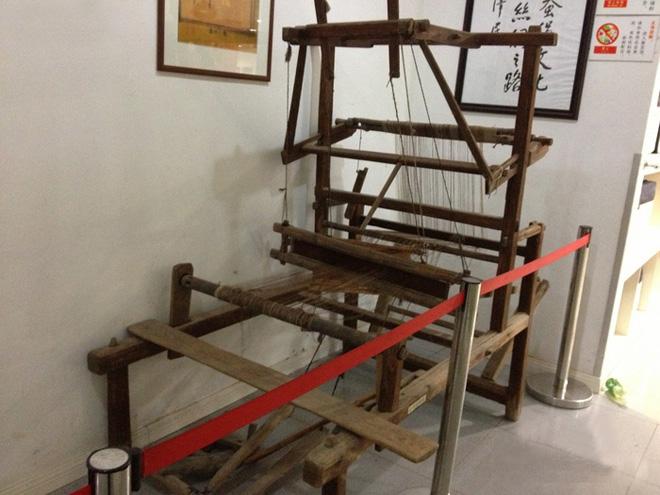 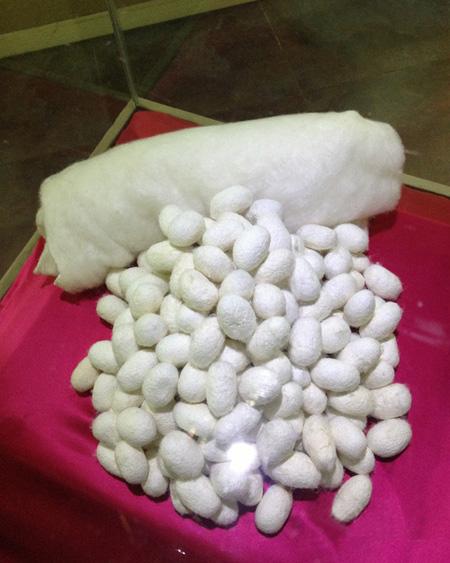 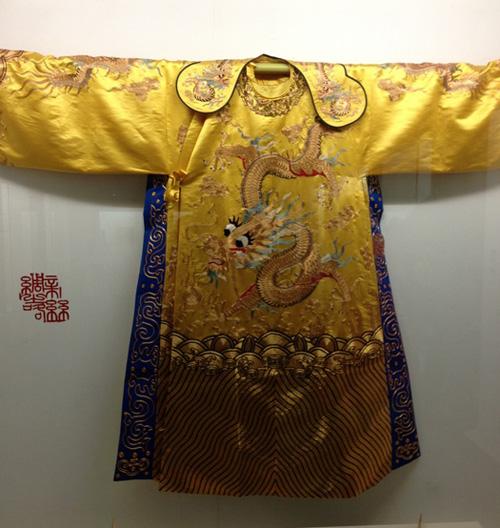 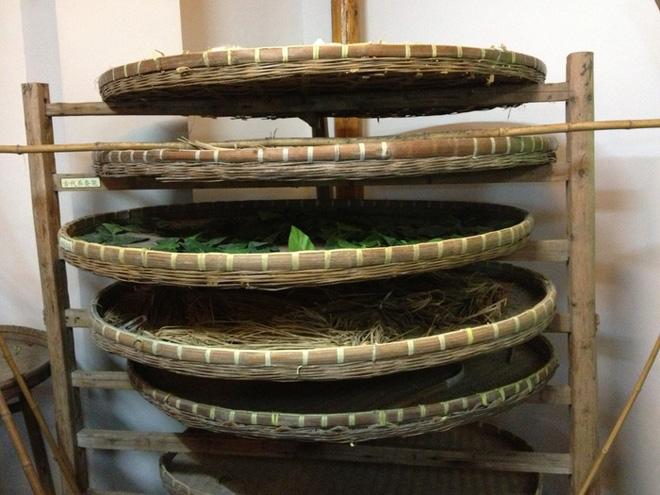 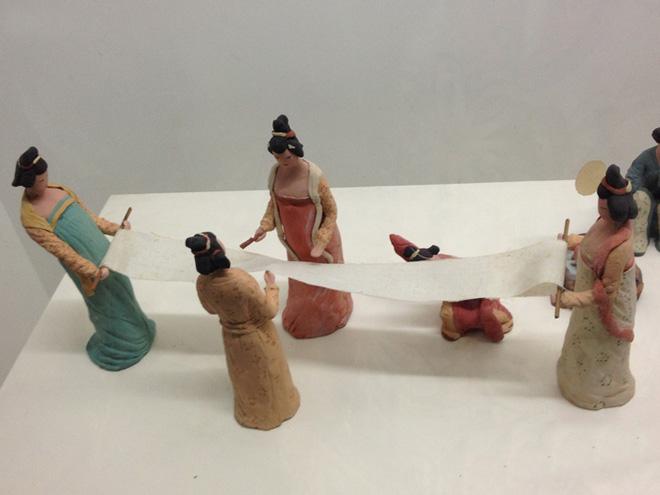 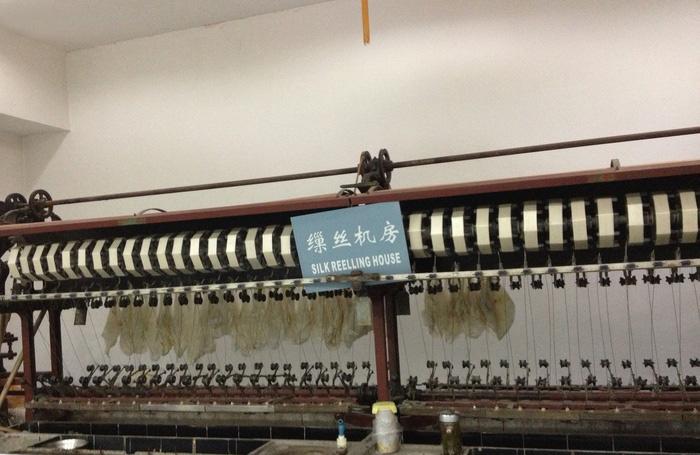 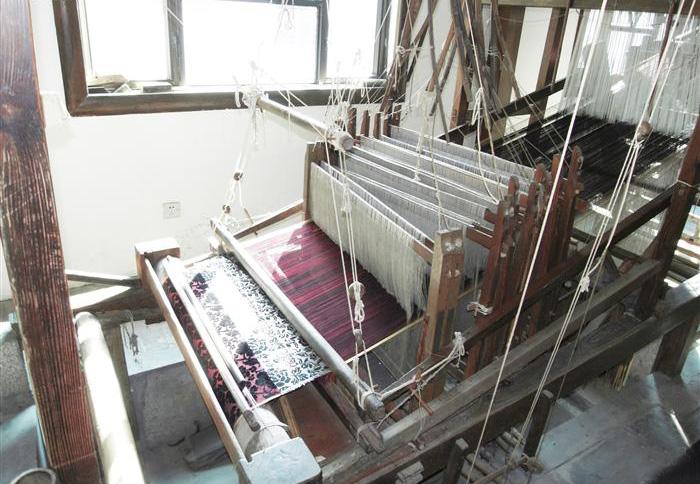 The celebrated cultural city of Suzhou is not only a city of exquisite classical gardens but also a home to silk. Suzhou is the center of silk production in China since Tang (618-907) and Song (960-1279) dynasties, and it offered most of the silk and relevant products for imperial families in Ming (1368-1644) and Qing (1644-1911) dynasties. Located in the Beichou Tower Scenic Area, and covering 9460 square meters, Suzhou Silk Museum was built to carry forward Chinese silk culture, to introduce the historical development and current situation of silk, as well as to the benefit of modern silk researches. 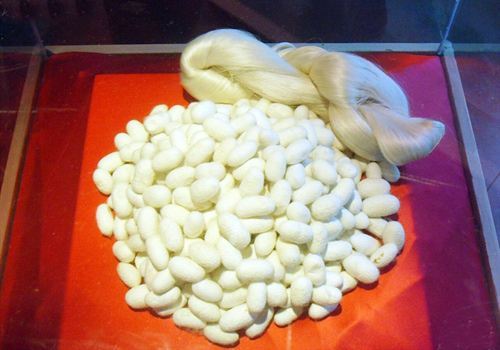 Architecture Design of the Museum

The dignified and elegant design of the building is well blended with the ancient civilization of Chinese silk. The theme of the building is exactly the Silk Road. The dominant hue of the whole building is white, the natural color of silk. From the gate beside the square is an east-west direction passageway symbolizing the Silk Road. At the entrance is a natural winding way, which inspirited from the soft and elegant of the silk; a row of variant mulberries are towering to the roof, and the hollow out design of which make up a akin ancient wall along the ancient Silk Road. In the front of the wall, there are three white marble statues, namely, a girl who pick mulberry, a girl who wash the silk and a girl who weave pongee. The tower-type roof of the main building implies the exotic feelings along the Silk Road, while the interior decorations are fresh and elegant with various sculptures created by domestic famed sculptors.

What to see in Suzhou Silk Museum?

In the lobby, it exhibits the glorious history around the ancient silk. On the stone wall in the central are four Chinese characters, saying, silkworm, mulberry, silk thread and silk (蚕、桑、丝、帛) in the style of Jiaguwen (inscriptions on bones or tortoise shells of the Shang Dynasty, 1600BC-1100BC), which concisely summarize all contents to be seen in the museum. In the left wall is a giant stone fresco, vividly portraying the evolution and great achievements of silk in ancient China. Just adjacent to the fresco is a statue of a pretty ancient woman with silkworm cocoon in her hands; she is the exact legendary God of Silkworm, who was the wife of the Emperor Yellow and the first people that breed silkworm in the history.

Along the leading way in the right is a group of embossed desert camel team. In the Ancient Hall are exhibits of kinds of silks, precious silk relics, models and pictures, all of which compose a concentrated ancient silk history from the origin of the silk during the Neolithic period to the silk products manufacturing in Ming and Qing dynasties. The Cansang Hall (Silkworm and Mulberry Hall) is a reappearance of the real scenes in mulberry field that silkworm raiser how to breed silkworm and plant mulberry; while the Weaving House presents another scene of various ancient weaving machines and female weavers in ancient costume to demonstrate the traditional silk weaving. 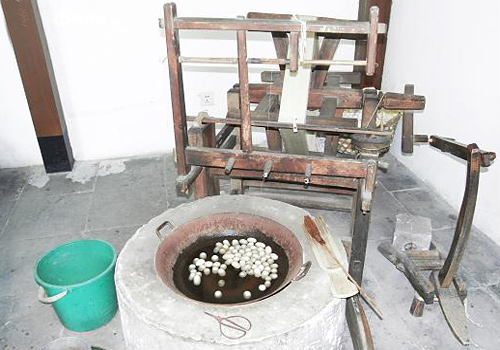 After crossing a symbolic city gate of ancient Silk Road, the Jiayu Pass, it is a another hall offering a ship model that the great navigator Zhenghe of Ming Dynasty used when he sailed to the western world, and introduced the Chinese silk and other civilization there. In the Modern Hall, there are virtuosity of Suzhou silk, the variation of silk dresses, silk products which had won international awards, information about silk masters and celebraties, silk evolution in Suzhou, and the extending of Silk Road, etc. In the northeast of the main building of the Silk Museum, there is a silk shop located in a street of ancient style; visitors can change some archaistic coins, which are specially made for purchasing diverse silk products in the shop.