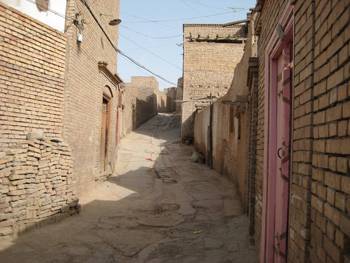 Ngari Prefecture, in the west of Tibet, is located in the heart of North Qinghai-Tibet Plateau-Chang Tang Plateau. Starting in the east from Tangula Mountains connecting with Nagqu, it reaches the western section of the Himalayas in the west neighboring India, Nepal and Kashmir, connects the middle section of Mt. Gangdise in the north and leans on the Kunlun Mountains bordering upon Xinjiang Uygur Autonomous Region. Covering over 300,000 square meters, Ngari stands 4500 meters above sea level on average, governs 7 counties and nurtures only 80 000 people; it is the area in the world with minimum population density. Tibet is known to people as the roof of the world, as the highest area on the earth, Ngari is regarded as the roof of the roof; it is not only the ancestors of mountains that the Himalayas and the Gangtise meets, but also the origin of rivers giving birth to the great waters of the Yarlung Zangbo River, the Indus River and the Ganges River. In the area of Ngari, the sky and clouds are low, snow mountains are continuously stretching, lakes are scattered all over, and champaigns are boundless. History of Ngari - a region with a long history that generated... More information about Ngari » 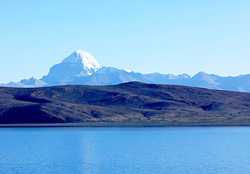 Chinese name: 玛旁雍错湖 (Ma Pang Yong Cuo Hu) Location: south of Mount Kailash, 35 km east of Burang County, Ngari, approximately 800 km from Lhasa, Tibet. Price: CNY200 (sold as a combination ticket with Mount Kailash) Opening time: all day long How to get there: The way for foreign travelers to enter Tibet is booking a Tibet tour or a China tour containing Tibet with a Chinese travel agent in ... 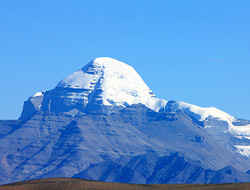 Chinese name: 冈仁波齐峰 (Gang Ren Bo Qi Feng) Location: north of Burang County, southwest of Tibet, stretching along the triple frontier with India and Nepal. The faultage in the south is down to the Lake Manasarovar and Lake Lhanag-tso. Price: CNY200 (sold as a combination ticket with Lake Manasarovar). How to get there: The way for foreign travelers to enter Tibet is booking a Tibet tour or a ...

All Photos of Ngari» 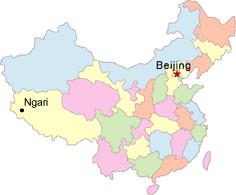