Ngari Prefecture, in the west of Tibet, is located in the heart of North Qinghai-Tibet Plateau-Chang Tang Plateau. Starting in the east from Tangula Mountains connecting with Nagqu, it reaches the western section of the Himalayas in the west neighboring India, Nepal and Kashmir, connects the middle section of Mt. Gangdise in the north and leans on the Kunlun Mountains bordering upon Xinjiang Uygur Autonomous Region. Covering over 300,000 square meters, Ngari stands 4500 meters above sea level on average, governs 7 counties and nurtures only 80 000 people; it is the area in the world with minimum population density. Tibet is known to people as "the roof of the world", as the highest area on the earth, Ngari is regarded as "the roof of the roof"; it is not only the "ancestors of mountains" that the Himalayas and the Gangtise meets, but also the "origin of rivers" giving birth to the great waters of the Yarlung Zangbo River, the Indus River and the Ganges River. In the area of Ngari, the sky and clouds are low, snow mountains are continuously stretching, lakes are scattered all over, and champaigns are boundless. 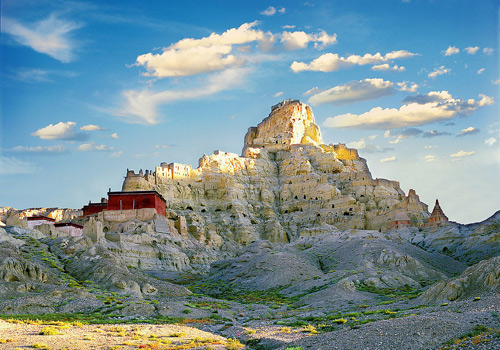 In ancient times, Ngari is one of the 13 kingdoms in Tibet which later controlled by the famous Xiangxiong Kingdom in 4th and 5th centuries. It came under the jurisdiction of the Central Plain from Yuan Dynasty (1206-1368) during the rein of the Ancient Guge Kingdom (which was established in around 10th century, survived for 700 years, and lastly disappeared in mystery). Bon Religion, the earliest religion in Tibet which is a primitive one worshipping natural objects, was produced and thrived during the time of Xiangxiong Kingdom. With favorable geographical position, the Bon Religion had absorbed and assimilated religious thoughts from south and central Asia. Before Buddhism was introduced into Tibet, the integrated Bon was in the dominant position in the plateau. Though when Buddhism was preferred by rulers since 10th century, Bon declined, it is still one of the most important religions in Tibet today followed by Tibetans from every corner of the plateau. 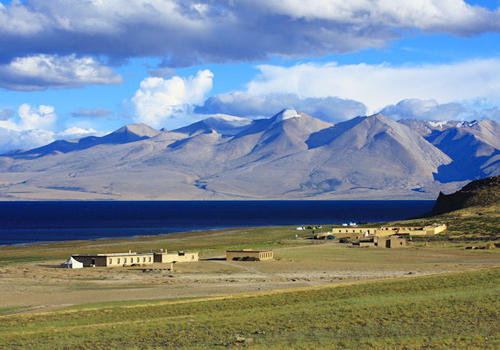 Sacred peaks, holy lakes, soil forests, ancient city of Guge…one and another magnetic words make up a mysterious and beautiful Ngari. Often regarded as "the roof of the roof", and "a heaven in the heaven", Ngari is identified as the region that hardest to be reached in Tibet, however, the fancy highland landscapes are definitely attracting the most feverous adventurers from home and abroad. The holy lake of Manasarovar and the holy peak of Mt. Kailash, which are unparallel in the mind of Tibetans, are considered the heart of the world by Tibetan Buddhists and Bon followers since ancient times; Mt. Kailash, whose top is often circled by clouds, is believed to bring great fortune if one can have a chance to get a glimpse of the peak point. Alzadar soil forest, erecting pagodas- the original spectacular scene still can be imagined from the existing ruins. Lhanag-tso, a lake near the holy lake, is of great serenity, beauty, placid blue though called as "Ghost Lake" by people. The ruins of the Ancient City of Guge, which had underwent thousand years of vicissitudes, leaves a mystery to modern people. Tuolin Monastery, a monastery with a history over 1000 years, albeit destroyed for several times, is still standing in great numbers of pagodas.