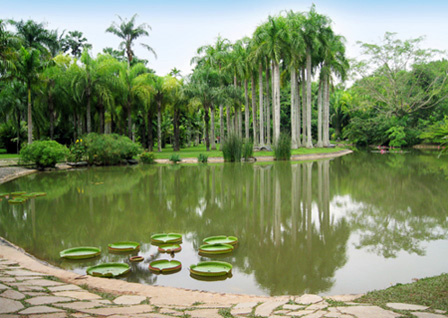 Program: Full day tour for Mutianyu Great Wall, the Ding Tomb, the Sacred Road. On the way back to hotel, you will be driven to visit the main 2008 Beijing Olympic venues, take an exterior visit of both the Beijing National Stadium (Bird's Nest/Olympic Stadium)    National Swimming Centre('The Water Cube'), Beijing   feel free to take some photos of the stadiums

-Mutianyu Great Wall: This less-crowded section of the Great Wall is a pleasant drive 90km NE of Beijing. A cable car takes you to a good section (avoiding a very steep climb), where you can walk along the wall, through the watch towers and enjoy superb views as it snakes across the hills and mountains.
-The Ding Tomb: The only underground tomb of the thirteen tombs of the emperors in the Ming Dynasty.
-The Sacred Road: The way guarded on both sides with stone statues by which the ancient emperors went to hold a memorial ceremony for the ancestors.

-Hutongs: The old narrow paths where common people lived. All the Hutongs crisscross with each other, dotted with the Kindergarten, the Bell Tower, the Drum Tower, the Tea House, and the lake, House of Gong Infante and local people's houses among them.
-The Summer Palace: The largest and best-preserved royal garden in China with a history of over 800 years.
-Lhama Monastery: the largest 260-year-old monastery in Beijing of the Yellow sect of Lamaism.
-Xiushui Street: A market near the embassy area where you can find a number of duplicates of clothing in traditional Chinese style such as clothes, caps, gloves. Enjoy bargains with sellers and pleasant surprise of finding a real treasure if you are lucky enough.

Transfer via: by train for soft seat (arranged by us) Train No.: 1487   1002-1932 Program: Free at leisure, you will be transferred to railway station and take the train to Kaifeng. Arrive in Kaifeng, be met and transferred to hotel

-Hutongs: The old narrow paths where common people lived. All the Hutongs crisscross with each other, dotted with the Kindergarten, the Bell Tower, the Drum Tower, the Tea House, and the lake, House of Gong Infante and local people's houses among them

-Iron Pagoda: In fact, it is not cast with iron. It is called the "Iron Pagoda" because the brown colour of its outer walls looks very much like that of iron.
-Millennium City Theme Park: it's a large scale song dynasty cultural theme park based on the famous painting by Zhang Zeduan of north song Dynasty, reappearing the scenery of the original picture.
-Grand Xiangguo Monastery: The Grand Xiangguo Monastery is one of the most famous Buddhist monasteries in China. It was set up in 555 during the Northern Qi Dynasty. In the Northern Song Dynasty, it was enlarged many times because the royal court thought highly of it.
-Dragon Pavilion: The Dragon Pavilion in Kaifeng was originally a part of the palace of the Jin Dynasty and then submerged by flood.

Transfer via: by train for hard sleeper (arranged by us)  Train No.: K617   0754-1431 Program: In the morning, you will be transferred to railway station and take the train to Xi'an. Arrive in Xi'an, be met and transferred to hotel, then visit the Bell Tower

-The Bell Tower: The wooden tower, which is the largest and best-preserved of its kind in China, is 36 meters (118 feet) high.

-The Terra-cotta Warriors and Horses: The greatest archaeological findings of the century: the army of terra-cotta warriors and the bronze chariots entombed in vast underground vaults at emperor Qin's tomb.
-Big Wild Goose Pagoda: It is a well-preserved ancient building and a holy place for Buddhists.
-The Great Mosque of Xi'an: It is the largest and best preserved of the early mosques of China. Built primarily in the Ming Dynasty when Chinese architectural elements were synthesized into mosque architecture

Transfer via: by air (arranged by us) HU7855     1410-1525 Program: Visit the Ancient City Wall, History Museum in Xi'an, and then be transferred to airport for Chengdu. Arrive in Chengdu, be met and transferred to hotel

-The Ancient City Wall: It is the largest and best preserved present city wall in ancient China and is probably the best military battlement in the world.
-History Museum in Xi'an: It is a magnificent architectural complex in the Tang Dynasty style. The Museum possesses a treasure of 113,000 historic and cultural artifacts unearthed in Shaanxi, and it covers an area of 1,100 square meters for exhibition.

-Panda Base: people here can approach the pandas and take closely look and even pet them if desired.
-Sanxingdui Museum: It is recognized as one of the most important ancient remains in the world for its vast size, lengthy period and enriched cultural contents

-Marquis Wu: It is a place to commemorate Zhuge Kongming in Three Kingdoms around the second and third century. Zhuge Kongming is an avatar in China.
-Dufu Cottage: It is the residence of Dufu, the greatest poets in China's history. He lived during the Tang Dynasty. The Cottage now is a lovely park.
-Qingyang Gong (Green Ram Monastery): Directly west of the city center, this Daoist monastery is culturally and historically the most important sight in the city.
-Jinli Street: Chengdu is a city brimming with a strong leisurely ambience. Jinli Street, located to the east of the Wuhou Memorial Temple of Chengdu (the most famous Three Kingdoms period (220 - 280) relic museum in China) is particularly representative of this city.

Program: In Yangshuo, you will take another section Li river cruise to see more scenery further down Li river, the cruise will take about 3 hours

Program: Visit Big Banyan, the Moon Hill, and you can take bike or electric car to explore the countryside, on the way, you will visit the local village people

-Big Banyan: 6 kilometers away from the County of Yangshuo, you will find a prominent and towering tree: the Big Banyan Tree. It has survived wind and rain over centuries since it was planted during the Sui Dynasty (581-618).
-The Moon Hill: 50 minutes' bike from Yangshuo, there lies the Moon Hill. Named for the crescent shaped cave running through the moon, Moon Hill is one of the highlights in Yangshuo.

Transfer via: by air (arranged by us)   MU5788    2155-2325 Program: In the morning, you will be transferred back to Guilin, visit Reed Flute Cave, Elephant Trunk Hill, and Seven Star Park. Then be transferred to airport for Kunming. Arrive in Kunming, be met and transferred to hotel

-Reed Flute Cave: Known as "the Palace of Natural Arts" where you can see beautiful stalactites & stalagmites, learn how they are formed.
-Elephant Trunk Hill: Located at the conjunction of the Li River & the Peach  Blossom River, the whole hill looks very much like a giant elephant with a long trunk, it is the symbol of Guilin city.
-Seven Star Park: The biggest park in Guilin, where you can see a giant Panda Yueyue, the Camel Hill, Bonsai Garden and more sites if you are energetic enough to climb some hills.

-Stone Forest: About 200 million years ago numerous stone peaks, pillars, and stalagmites rose abruptly from the ground and towered into the sky, looking like a vast forest of stone, hence the name "the Stone Forest".
-Flowers and Birds Market: Traditional wooden houses with grass growing from their roofs line the streets where a variety of products are sold, including of course a small alley devoted to flowers and cage birds.

Transfer via: by air (arranged by us)   PN6105   1910-2000 Program: Visit West Hill and Dragon Gate, Yuantong Temple, Golden Temple, Daguan Park, then be transferred to airport for Xishuangbanna. Arrive in Xishuangbanna, be met and transferred to hotel

-West Hill and Dragon Gate: known as "Sleeping Beauty," it is a natural forest park in Kunming with a series of winding steps, tunnels, and statue-filled grottoes.
-Yuantong Temple: is one of the oldest Buddhist temple in Kunming, with the history of 12000 years. Its architecture is one of the best classical styles in Yunnan province.
-Golden Temple: It is the largest copper temple in China. It is also known as the Tongwa Temple (Bronze Tile Temple) and by its popular name, the Golden Temple.
-Daguan Park: It offers a great view of Dian Lake. It is also inscribed with a 180 character poem describing the beauty and history of the area. This poem is the longest of its kind in Chinese literature.

-The Octagonal Pavilion: It is a symbol of the ancient Dai Nationality level of architectural art that can be discovered in Xishuangbanna.
-The Tea Garden: It is a large tea plantation farm. Here you can appreciate the process of planting tea leaves.
-Aini Ethnic Folklore Village: Aini people are the most common minority group in Xishuangbanna

-Olive Plain (Ganlanba): so named because the terrain here resembles an olive fruit. In this natural park, peacocks can be found.
-Mengla Tropical Rain Forest: Mengla county is situated at the most south point of southwest China, bordering Laos at its east, south and southwest sides, and bordering Myanmar at its west side.

Transfer via: by private vehicle (arranged by us)  Program: In the morning, at 08:30 you will be transferred to the border port, then the local guide will assist you to pass the port. Once you arrive in Laos, you will arrange on your own