Your Position: HomeChina NewsThe Best of Xinjiang in July

The Best of Xinjiang in July 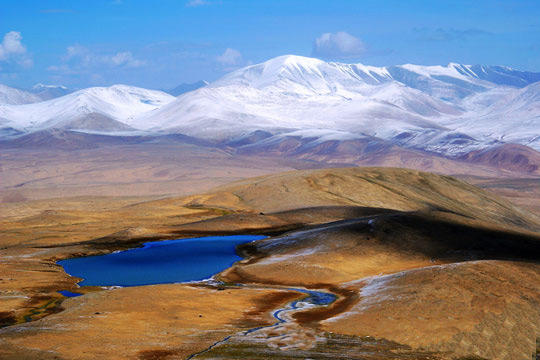 Located in Northwest China, Xinjiang Uygur Autonomous Region is a place with unique landscapes and attractive folk customs. The historical remains of the Silk Road and untouched natural beauty make it a favorable destination for travelers.

Urumqi is the capital city of the Xinjiang Uygur Autonomous Region and a must-visit for travelers to Xinjiang. As an important station of the ancient Silk Road, Urumqi inherited cultures from both the east and west. The most famous tourist spots here include the Heavenly Lake, the Southern Pastures, the Red Hill, the Southern Mosque, the Tartar Mosque, and the Xinjiang Regional Museum. 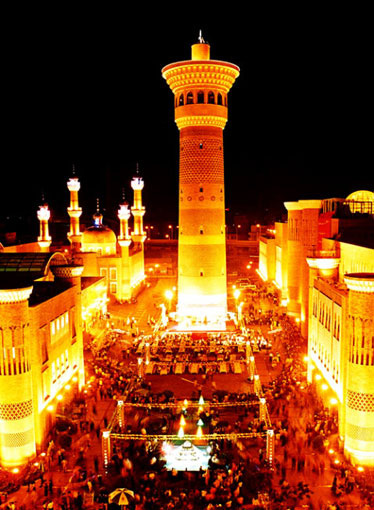 Located in the western end of the Silk Road, Kashgar has been a traffic hub for tradesmen for at least 2,000 years. Travelers are recommended to visit the local Sunday market which is said to be the grandest of its kind in Xinjiang and one of the largest in Asia.

Another place worth visiting is the souvenir streets at the back of the Idkah Mosque. They are filled with shops selling indigenous copperware, samovars, musical instruments and jewelry.

Kashgar is also famous for its ethnic snacks and cuisine such as milk tea, borsak (a kind of fried food), yogurt, milk curd, hand-eaten meat and roast lamb. 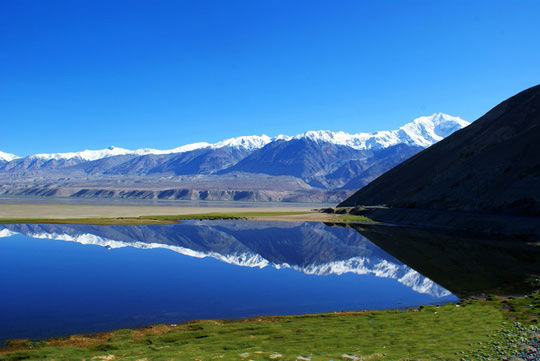 To the southwest of Kashgar lies the magnificent snowcapped mountain range which rises above the Pamir Plateau. The Plateau is crowned "roof of the world". The scenery varies at different levels of the mountains. The pasture at the foot of the mountain is frequently visited for the hot springs, alpine lakes and deserted historical castles.

The city of Kuqa is quite small but it was an essential stop on the ancient Silk Road.

Kuqa is where Taklamakan Desert, the largest desert in China, spreads. The desert landscape takes dramatic changes according to the season but it is all the while mesmerizing.

Kuqa is also famous for a traditional food Nang, which is a kind of wheat pie. It has the biggest Nang within Xinjiang. And Nang is commonly served in local people's houses to welcome guests. Another favorite Uygur dish is called La Tiaozi. Basically it's noodles with a special kind of sauce. The sauce is a scrambled mixture of beef and vegetables such as tomato, beans, eggplant and green peppers. 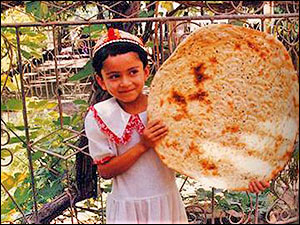 Surrounded by the Tianshan Mountains, Kunes has a reputation of a well-furnished green garden. It is home to Kunes pasture, a fertile grassland nurturing Xinjiang's best breeds of sheep and horses. Kunes also has the only wild fruit tree plantations in China, with harvests such as raspberries and plums that are exported to Europe. 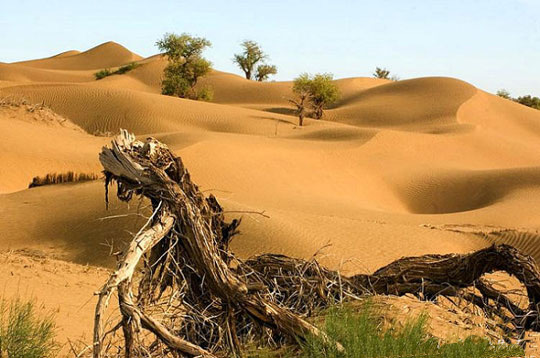