We visited Yangshuo a few days ago. It is a day trip in Yangshuo and we mainly visited Xingping Ancient Town and the Silver Cave (Yinzi Yan)

Xingping Ancient Town
Our trip to Yangshuo started from about 9:00 am and we reached the port of Xingping Town at about 10:40 in the morning. There were many large boats in the river and  the clean water and mountains formed a beautiful picture.Then we wandered to the Xingping Ancient Town, an ancient town mainly built in traditional Chinese style. We then get to a store full of wash paintings. The works there were so beautiful that we stayed there for a long time.

Laozhaishan Hotel
We also found an interesting and characteristic hotel called Laozhaishan Hotel, which was operated by a kind Japanese old citizen. It is special because there is a slate for every guest here to write their thought for memory. And the host will stick the stale on the wall and keep it for them forever. There are many stalls selling small things, just like the West Street in Yangshuo Town. 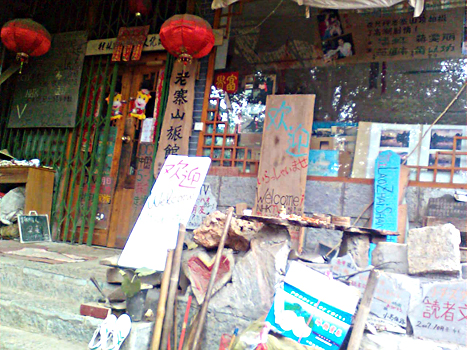 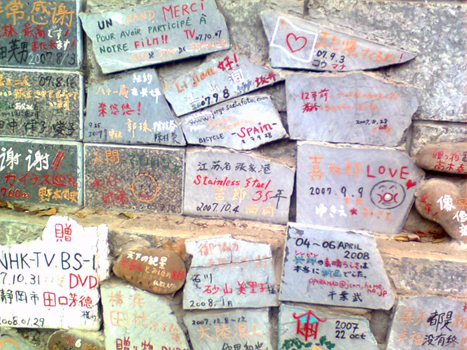 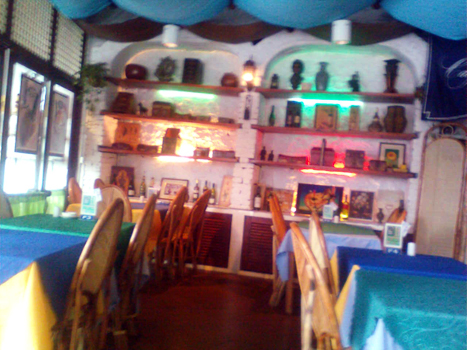 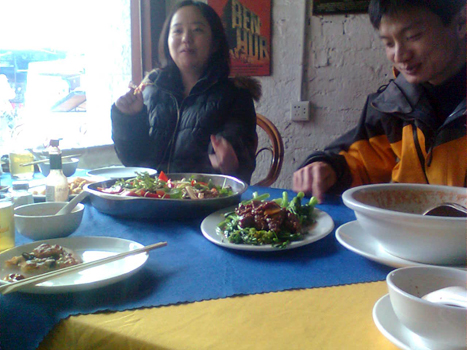 Sliver Cave (Yinzi Yan)
After a short wandering in the West Street of Yangshuo, we began our trip to the Silver Cave scne. It took about 40 minutes to the cave and we reached there about 15:30.

The caves there are of classical Karst Landform and the spot is comprised of 12 mountains. Crystal and white stalactites growing in different geological ages meet here, like the silver-shining and diamond-like Milk Way poring from the sky, so the cave was called the Silver Cave. The most famous three sights of Yinzi Yan are: Waterfall from the Snow Mountain (Xue Shan Fei Pu), Musical Stone Screen (Yin Yue Shi Ping) and Jade Pool Bar (Yao Chi Xian Jing); the three treasures of the cave are: Chanting Buddha (Fo Zu Song Jing), Ardisia Maculosa (Hun Yuan Zhen Zhu San) and Single Towering Column. Yinzi Yan is praised as the "Cave Marvel in the World".

The Silver Cave scenic spot is a huge natural bonsai, with mountains in the surrounding and peach trees in between, a picturesque homeland. Many activities are held here every year, such as Flower Festival of Lipu, Chestnut Festival, Lipu Taro Festival of, Rock Climbing and Bike Racing.
We almost spend about two hours visiting Yinzi Yan and return by bus at 17:30 and finished the wonderful day trip in Yangshuo. Although we were tired but our excitement lasted for  long.

I will keep sharing good pictures with you. Thank you!

I have ate the bear fish in Yangshuo before, it's really very delicious!

I think I've fell in love with the beer fish, wonderful exactly!