The hot summer has faded away with the ending of August, cool breeze in the early morning just implies the arrival of autumn, the time for people to look forward to the Mid-autumn Festival (中秋节, Zhongqiu Festival in Chinese), the only grand traditional festival of Chinese in the second half of the year, and after which just following the popular outing season with the pleasant climate in the autumn prime.
This years' Mid-autumn Festival comes earlier than former years, which is falls on Sep. 12th, but people has been ready for a long time to welcome the celebrations with the bright and mythical moon, delicious mooncakes (Chinese:月饼), delicacies, and fresh fruits.
Mid-Autumn Festival of China 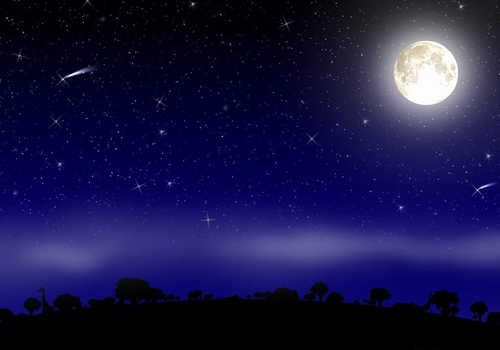 Mid-autumn Festival, also called as Mooncake Festival favorably by people as mooncakes (symbolize reunion) are the stable snacks during the festival. It is fixed on the fifteenth day of the Chinese lunar August, usually occurs during the late September to early October in western calendar. On the basis of the Chinese lunar calendar, it is always a full moon in the sky in the middle of a lunar month, and what is more interesting that in the evening of almost every Mid-autumn Day, the weather is just fine that people can always well appreciate the clear and bright full moon (also symbolizes reunion for Chinese).
Legend about Mid-autumn Festival 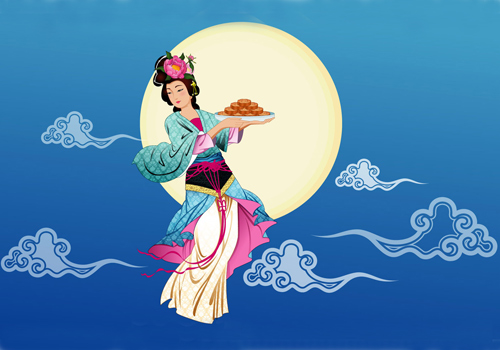 In the eyes of Chinese people, the moon stands for pure and beauty because of the beautiful legend of Chang E (嫦娥, a beauty believed to live in the moon). The story about Cheng E has been spread for thousands of years since the ancient time of Xia Dynasty (2000BC – 1600BC) with various versions, of which the following is the most popular one. It is said that Chang E is rather pretty, who is the wife of Hou Yi (后羿, the man who has shot down nine of the ten suns on the sky to save the life of people in the earth, and has been rewarded with the elixir of life); one day when Hou Yi went out for hunting, someone in the hope of being immortal came into his house and threatened Chang E to hand over the elixir; in a panic, Chang E swallowed the elixir and then just flied up gently; sad to leave his beloved, Chang E finally chose to stop at the moon, the nearest place to the earth; from then on, she lived on the moon just accompanied by a rabbit while her husband Hou Yi put her favorite cakes and fruits on the table in the yard to convey his deep love to his wife. Hence, mooncakes and fruits became the stables of Mid-autumn Festival. Today, it is still popular saying that at the night of Mid-autumn Day, people can see Chang E dancing and playing with her rabbit on the moon.
Customs of Mid-autumn Festival

Settled as statutory holidays since 2008 together with Spring Festival, Qingming Festival (Tomb-sweeping Festival) and Double-fifth Festival (Dragon Boat Festival), it is possible for people working out come back home to spend the time with family just as it was in the past. Generally, one month before the festival, people start to make mooncakes and other desserts (though most people buy them today instead, and there are a great of varieties for choice in the market) for the festival and send to their relatives. And on the day of the festival, it is traditionally to have a family reunion dinner, and then sit together in the yard or someplace that is favorable to enjoy the moon to share delicate mooncakes and seasonal fruits and even recite some poems and sentences in praising of the moon; while today, many people also choose stay at home to watch the TV celebrations.
Unique customs in various areas
Except eating mooncakes, there are also other featured customs during Mid-autumn Festival, of which playing with lanterns is the most popular especially among children. As autumn is a harvest season for many fruits and vegetables, lanterns made of pomelo, orange, and pumpkin are the unique shapes in Nanning and Guilin. Other unique customs include fire dragon dances in Hong Kong, sending melons to new married females as auspicious omens for a baby in the area of Hunan and Guizhou, going out and get together to enjoy the moon in Shanghai, to wish for the ideal other half under the moon in Shangdong and Dongguan, and so on. And for ethnic groups, the celebrations are in a great diversity; Dai people in Yunnan has a grand ceremony for worshipping the moon, Mongolians ride horses to pursuit the moon, Dong people in Hunan pick melons and vegetables to share, while Dong people in Longsheng and Sanjiang of Guangxi sing and dance for the celebration, etc. 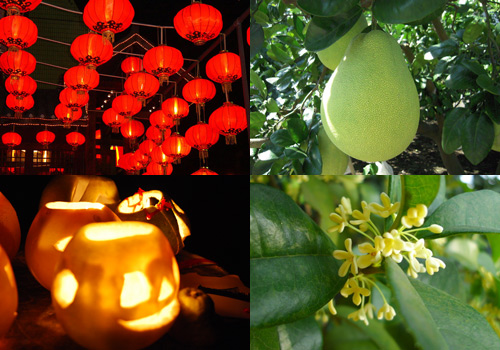 Characteristics of Mid-autumn Festival in Guilin
Speak of Mid-autumn Festival in Guilin, pomelos and osmanthus are the topics. Guilin is a city abound in sweet taste pomelos and the Mid-autumn Festival is just the beginning of the pomelo season. Thus, people will pick some fresh pomelos to have a taste for the festival and some pomolos even used to be inserted with joss sticks to worship the moon for happiness and safeness. As a city of sweet-scented osmanthus (just as the Chinese pronunciation implies), autumn in Guilin is also the blossom season of osmanthus, sweet scents of which flood in streets and alleyways always making the city particularly charming that every Guilin people away from home will miss most during this reunion festival. During the season, people also meet together to appreciate the blossoms in the parks.