At the edge of Hunan Province and next to Guizhou Province, Hubei Province and Chongqing City, Xiangxi Tujia and Miao Minorities Autonomous Region is known to the world for its Fenghuang County,which is arguably the most picturesque town in China. Covering an area of 15461 square kilometers, it has justification over the Jishou City and other 7 counties. Over 30 ethnic groups reside in this region, with Miao, Tujia, Dong peoples being the most. The region is a mythical wonderland with tourist attractions of Phonix Town, or rather Fenghuang Town, Southern Great Wall, Fu Rong Town (Wang Village), Dehang Village of Miao People, andRed Stone Forest. Located in the XiangxiTujia andMiao Minorities Autonomous Region, Fenghuang County covers an area of 1700 square kilometers with a population of 37,000. Most of its population is made up of Miao people and Tujia people. Mapped with green ravines, it is nestled among 47 peaks. Fenghuang presents the world the appearance of an ancient town. It has a main street andamounts of small stonealleyssnaking betweenhouses that arebuilt on stilts. The Tuojiang River, the Mother River... More information about Xiangxi Tujia and Miao Minorities Autonomous Region » 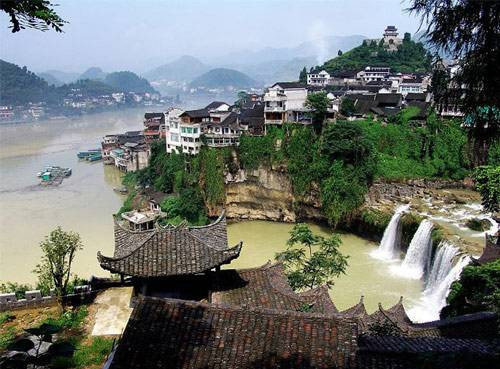 Formerly known as Wang Village, Furong Ancient Town has a history of more than 2,000 years. It is not only a place with a long history, but also a tourist resort that combines natural scenery with primitive ethnic customs. 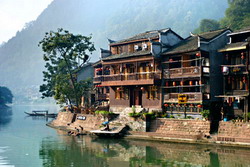 All Photos of Xiangxi Tujia and Miao Minorities Autonomous Region» 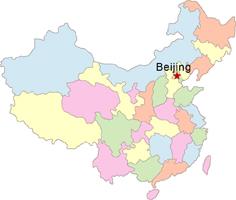