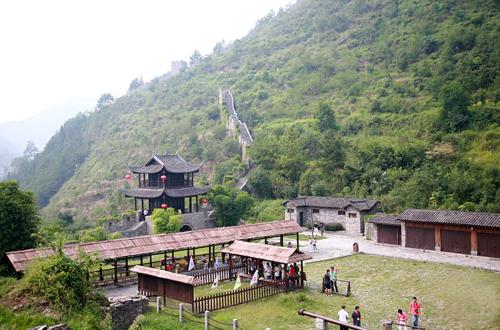 Xiangxi belongs to middle subtropical mountainous monsoon humid climate. With an average temperature of 16 Celsius degree, it has a pleasant weather with plentiful rainfall and four distinct seasons. Summer and winter last long while spring and autumn are relatively short. In spring, the weather is getting warmer and is cloudy and drizzly for days. The rainy season usually starts from April and ends in the beginning of July. With complicated terrain, different areas fall within different climate type. Generally, in the vertical direction, the temperature, sunlight and frost free days decrease at higher altitude, while the rainfall increases; in horizontal direction, sunlight, temperature and rainfall are also diversified in different areas. And with many mountain basins, warm sectors (2-8 Celsius degree higher than its neighboring areas) take shape in some areas.

To travel in Xiangxi, there is no obvious best time due to the agreeable weather all year round. If have to choose a best time, maybe it is from July to September with celebrated ethnic festivals of Miao people, the Songs Festival on the sixth day of lunar June and the Autumn Festival on the 13th Chinese solar term, Liqiu, which means the beginning of the autumn and falls generally on August 8th or 9th.