Shanghai, China’s most famous city in the world, is a direct-controlled municipality located at the west of the Jiangsu and Zhejiang provinces, East China. Often referred as the “Pearl of China”, Shanghai, literally meaning “above the sea” and abbreviated sometimes as “Hu” (沪), is a major financial, economic and foreign trade metropolis and harbour of tremendous influence all over Eastern Asia and the world at a larger extent. The city is situated in what we call Yangtze River Delta and is part of the Golden Triangle of the Yangtze with Hangzhou and Suzhou. Consisting of a peninsula, Shanghai enjoys a humid subtropical climate and is registered as the most populous city of the country, having juridiction over 18 county-level divisions. As Asia’s new financial and commercial center, Shanghai can be compared easily with other big cities such as Hong Kong, New York or London. Highly ranked for its educational system, Shanghai undertook a rapid growth in the last two decades for becoming today a leading city and tourist destination. City of fashion, commerce, culture, the sleepless Shanghai was host of the World Expo 2010, an event that pushed Shanghai as a must in front of the international community. Huge skyscrapers, Bund, big shopping malls, museums, western food restaurants, World Expo buildings, multicultural people, etc…Shanghai is a dreamlike city where travelers will feel the modernity and up-to-date country that has become China. More than a financial city, Shanghai is now a must-see stop-off city on a tour to China! 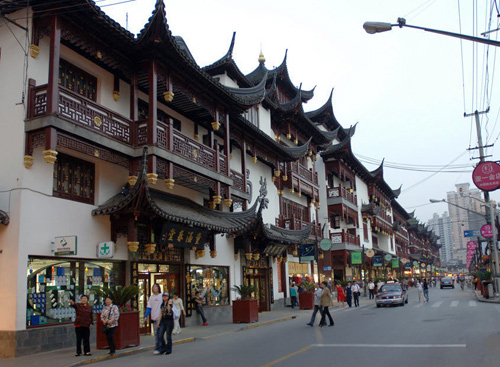 If there is a city with a long and tumultuous history in China, then Shanghai is a main one. Tracing back to the mid-Tang Dynasty (618 AD - 907 AD), the city was at that times known as “Huating” (华亭), the first county-level administration in modern day. This only started in the 11th century (Song Dynasty) that the name of “Shanghai “(上海) appeared. More poetically speaking, the switch of the city’s characters to “Haishang” (海上) was since that time used to refer to Shanghainese art and culture. Upgraded from village to market town during the Song Dynasty (960 AD - 1279 AD), Shanghai developed more and more. The Ming Dynasty (1368 - 1644) was an important period for the city as it is the time when the city’s development promotion was at its apogee: building of the city wall (1554) for protecting the city from invasion, erection of the City God Temple (城隍庙) (1602), Shanghai started its amazing odyssey. Being an important seaport in the Yangtze Delta region during the Qing Dynasty (1644 - 1911), the city was then hit by the British forces during the First Opium War (1839 - 1842) for being opened to international trade after the Treaty of Nanking (1842). This is at this period of time when Shanghai started its journey with international and foreign influences. The establishment of foreign concessions such as British, American and French had a huge impact on the building and architecture of the city. Namely, the French Concession in Shanghai is still today a popular scenic spot. Home to citizens of many foreign countries coming from all continents to live and work, Shanghai has a really multicultural and cosmopolitan population of new-come “Shanghailanders” melting with the local Shanghainese today. Shanghai really started its expansion in the 19th century for its high economic and trade potential due to its favourable port location. As a shelter of many Russians and Jews populations in the 1920s, 1930s fleeing the newly established Soviet Union and World Wars I and II, Shanghai started to constitute a city where lived the largest foreign community. The present status of Shanghai as a direct-controlled municipality was established on July 14, 1927. The invasion of the Japanese in 1932, then the 1937 Battle of Shanghai and occupation of the Japanese had an impact on the development of the city. Already ranked as the largest and most prosperous city in the Far East in the 1930s, to a major industrial center in the 1950s - 1960s, the development of Shanghai really speeded up in the 1990s. The Pudong District, real symbol of Shanghai’s economic and financial heart emerged. Shanghai is the city that best exemplifies China’s early century economic boom. 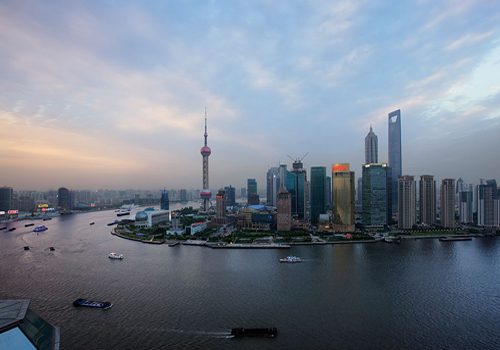 Today, Shanghai is one of the first cities coming into mind when speaking about China. This prosperous cosmopolitan city is a marvel of modern architecture and ancient buildings melting in a harmonious way. Home of the fantastic 2010 World Expo that attracted millions of tourists to the city and China in general, Shanghai has speeded up again its influence as a major city in the world. Travelers touring this huge city will appreciate the convenient mass-transport networks: subway, airports, Maglev train, etc… Visiting Shanghai, travelers should have a glance at the old western-style buildings contrasting with the famous Bund and modern skyscrapers of Pudong area. The French concession, Shanghai Museum, World Expo sites, F1 Grand Prix in Shanghai complex, Jade Buddha Temple, Oriental Pearl TV Tower, etc…Shanghai will make you dream about its amazing architecture and dynamic way of life. Home to the well-known Hu Opera, symphony ballet and other typical Shanghainese attractions, this city will make you live another experience of China, far away from the quietness of Yunnan’s mountains. World of luxury, shopping and all kinds of foods, have a stay in Shanghai and see by yourself this amazing Chinese city ranked at the same level with New York, London or Hong Kong today!