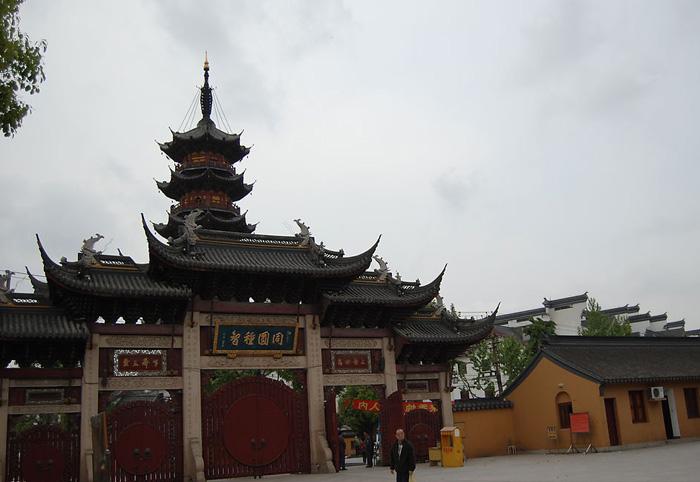 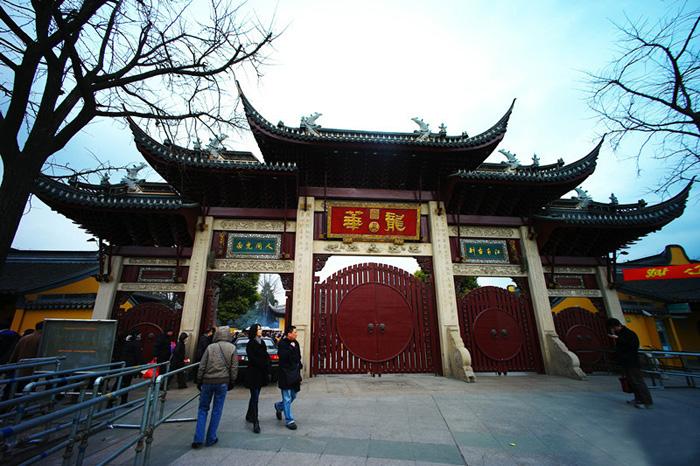 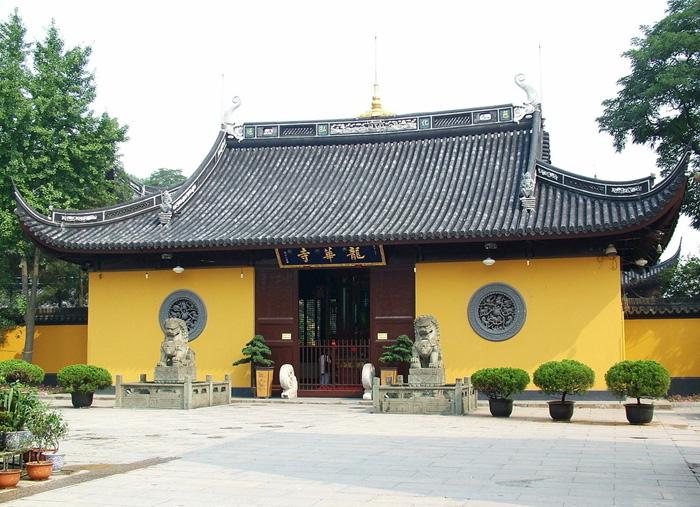 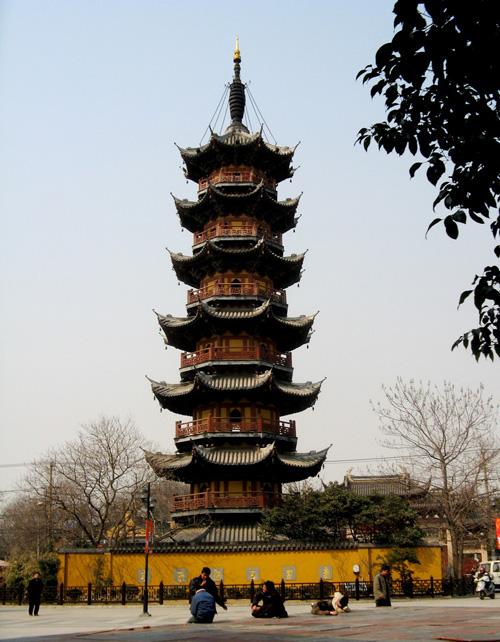 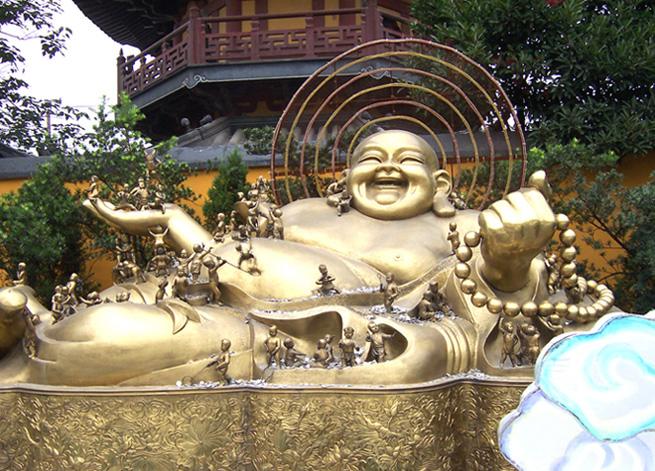 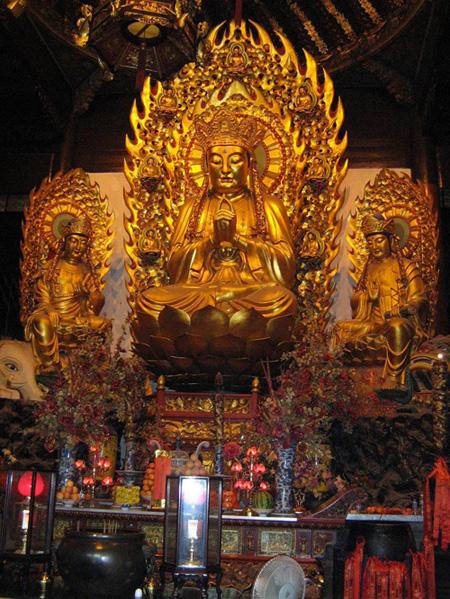 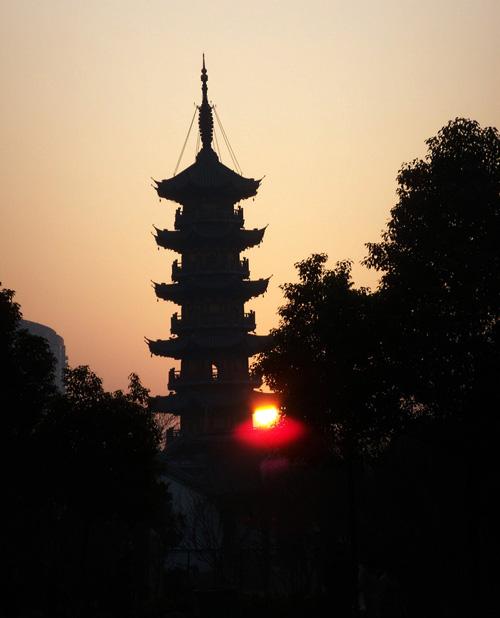 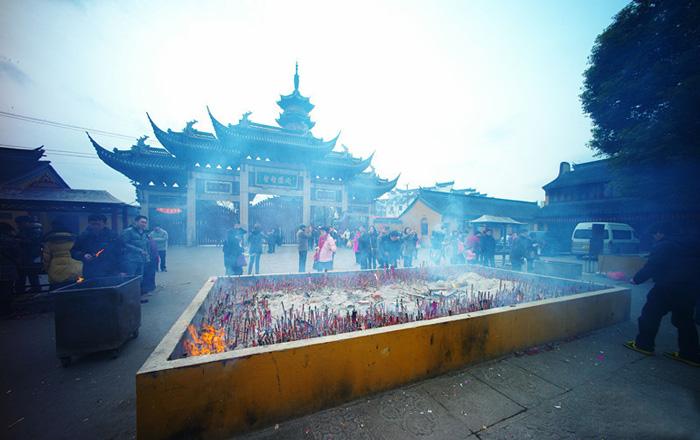 Longhua Temple & Longhua Pagoda is the oldest, largest and most majestic Buddhist building in the lower reaches of the Yangtze River Delta, which is also one of the best reserved temples in Shanghai. This religious attraction is famous for its old temple, old tower, temple fair and evening chimes, with collections of various sutras, golden seal, and figures of Buddha from Tang, Ming and Qing dynasties. The famed Longhua Bell Toll was regarded as one of the "Eight Sceneries of Shanghai". 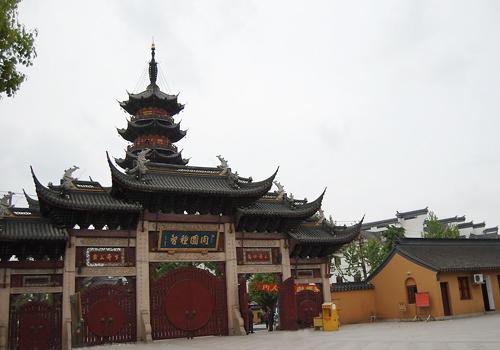 According to the textual research, Longhua Pagoda was first built in 247 AD during the Three Kingdom period (220-280) when Sun Quan, king of Kingdom Wu, had it built to show filial love to his mother about 1700 years ago, hence the pagoda also called as Bao'en Pagoda (报恩塔, Repaying Pagoda). The scale of the temple took shape during Tang Dynasty (618-907), and the temple reached its prime in Qing Dynasty (1636-1911). Because of the several destructions by the wars, most of the buildings in Longhua Temple were reconstructed during the reign of the Emperor Tongzhi (1861-1874) and Guangxu (1875-1908) in the Qing Dynasty but the style of Song Dynasty (960-1279) still remains.

Occupying about 20,000 square meters, the halls in the temple were built strictly according to the traditional Buddhist symmetry that are neat and equitable in layout, magnificent and dignified in architecture. Along the 194-meter-long axis are successively the Maitreya Hall (Mile Dian), Devajara Hall (Tianwang Dian), Mahavira Hall (Daxiongbao Dian), Three Sages Hall (Sansheng Dian), Abbot's Hall (Fangzhang Shi) and the Sutras Mansion (Cangjing Lou) which stores various versions of Tripitaka, sutras and the Three Treasures of the Temple, namely, the Tripitaka granted in Ming Dynasty (1368-1644), a Vairocana statue and a gold seal given by the emperor. Bell Tower and Drum Tower are the accessory halls standing on the two sides and both furnished with same hexagonal windows and curved eaves. 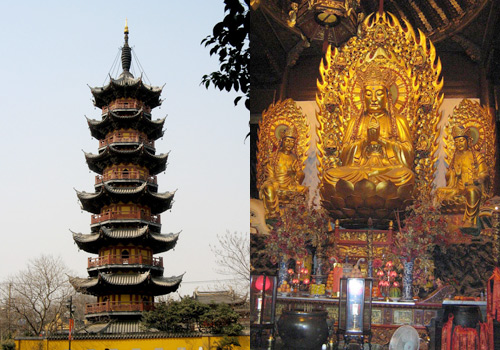 The Longhua Tower or Bao'en Pagoda, is a seven-tiered one with a height of 40.4 meters, standing in front of the Longhua Temple. It has a brick body and wooden staircases; reconstructed in 1950s on the bases of former body and footing built in Song Dynasty. It is in the shape of octagon outside but square insider and the area is contracted storey by storey. Each storey equips with balconies and banisters with a bell hanging under every corner of the octagonal eaves, creating cheerful and liquid rings by the light breeze.

As a key Buddhism temple in Shanghai, activities and celebrations in Longhua Temple are rich and grand mainly fall on the New Year's Day, the Spring Festival, the Tomb-sweeping Festival, the Temple Fair on the 3rd lunar March, and a auspicious celebration in October, of which the Evening Bell-Striking Ceremony on 31st December to welcome the New Year and the Temple Fair are the most important which have been fixed for over 300 years. The copper Bell placed on the three-storied Bell Tower is 2 meters in height, 1.3 meters in diameter and 6500 kg in weight, which is said to be molded in 1984 in Qing Dynasty. When the peaches are in full blossom in late spring, it is the time that the Longhua Temple welcomes its busiest festival with the Temple Fair on the 3rd lunar March. The grand Dharma assembly attracts large numbers of pilgrims as well as tourists to the temple making it a place of great hustle and bustle.