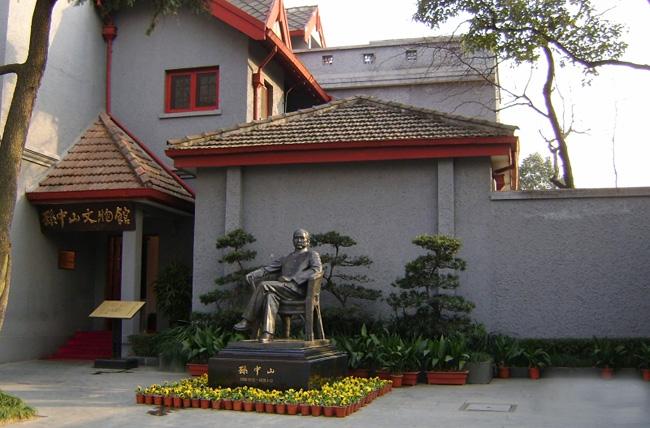 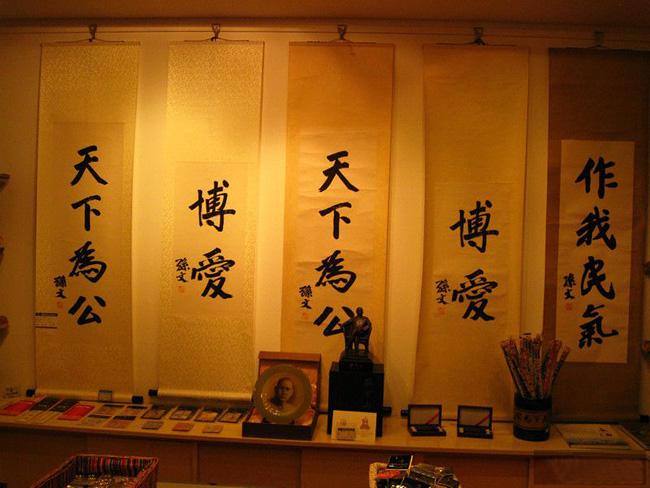 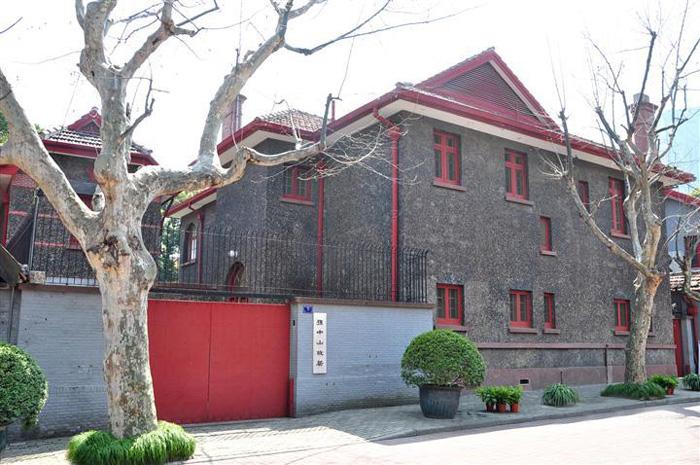 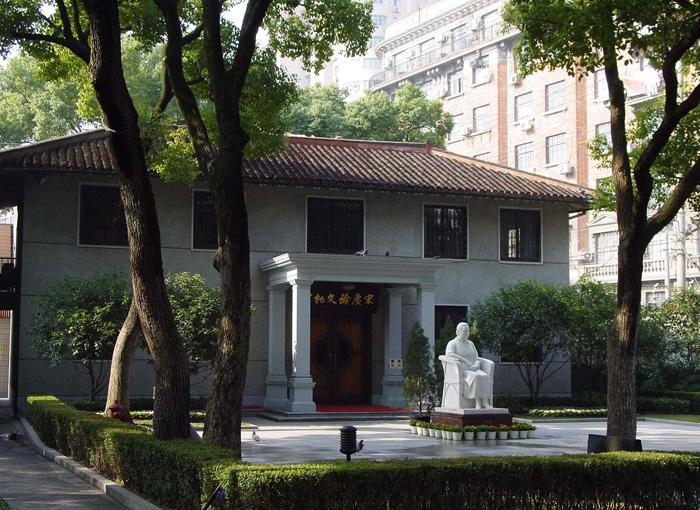 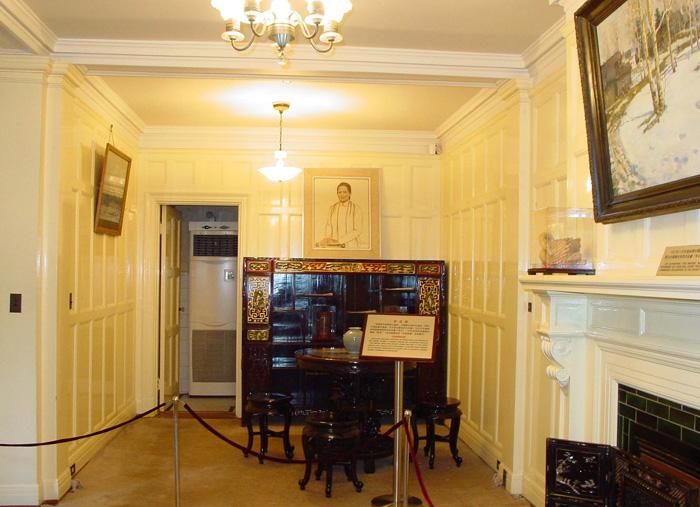 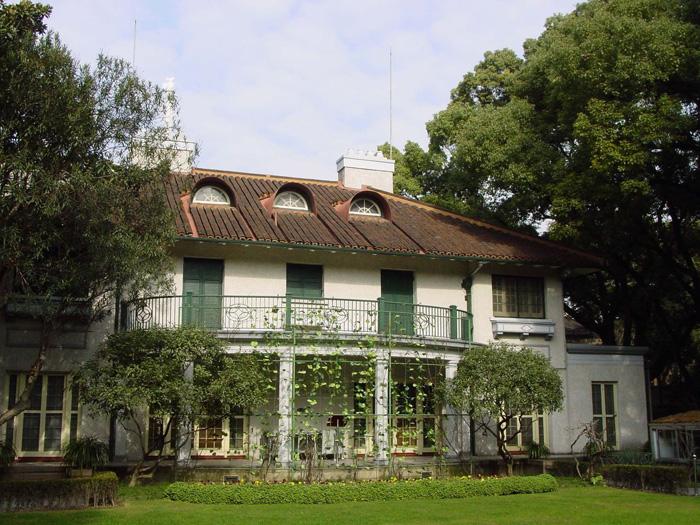 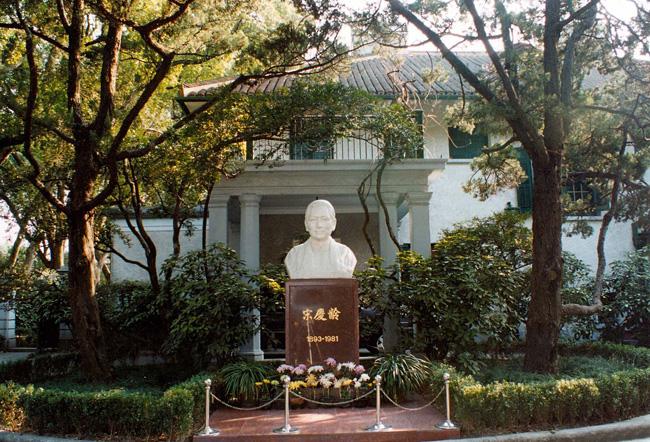 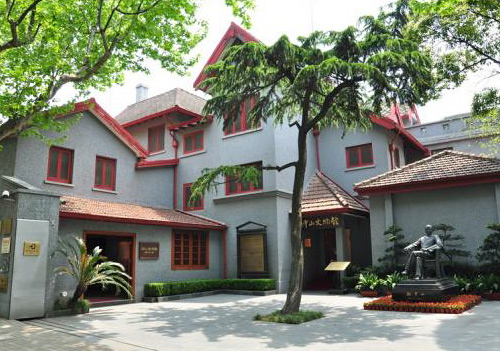 The Former residence of Sun Yat-sen (孙中山, Sun Zhongshan) is a peaceful garden house covers an area of 1013 square meters. The building is a two-storey European style built at the beginning of 20th century. Oriented south and north, the outer wall of the house was decorated with gray cobbles, and the roof covered with carmine heart-shaped tiles. The square lawn in the front is surrounded by hollies, camphor trees, magnolias and other flowers in the three sides.

The residence was once guarantied to the bank by Sun Yat-sen to raise money for the revolution. It was later redeemed by four Canadian-Chinese and present to Mr. Sun in 1918. Since then, Mr. Sun lived there from June 26th in the same year with his wife Song Chingling (宋庆龄) till his leave for Beijing on October 21st, 1924, during which period Sun Yat-sen carried out a large number of revolutionary activities and met with representatives of Chinese Community Party, bringing about the first Nationalist-Communist coalition in history. After his decease in 1925, Mr. Sun’s wife Song Chingling continued to stay there till 1937 when she left Shanghai because of the 813 Incident in the city. And in 1945 after the victory of the war, Mrs. Sun donated the residence to the national government as a perpetual monumental site.

Structure and displays in the residence 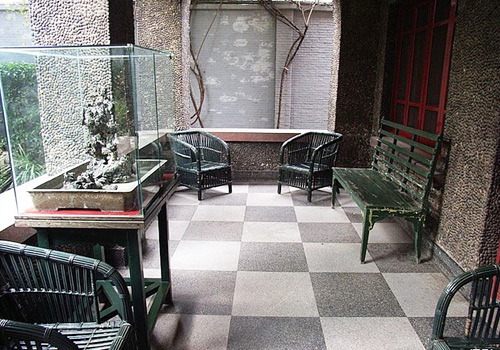 In the first floor, it is a living room and a dining hall; in the second floor, it is a study room, a bedroom and a small sitting room. The displays in the house are mainly history relics which were placed by Mrs. Sun- Song Chingling in 1956 according to the original arrangement, and the vast majority of the objects are also the original.

In the living room, east of the first floor, there is a photo of Mr. Sun took when he took office as the provisional president of the Republic of China (1912-1949), some famous calligraphies and paintings and ivory carvings. In the dinning room in the west, there are also portraits and photos of Sun yat-sen (including a group photo with his wife), a sword he used during the movement to defend the laws and some silver shields and cups present by his supporters, organizations and common people. 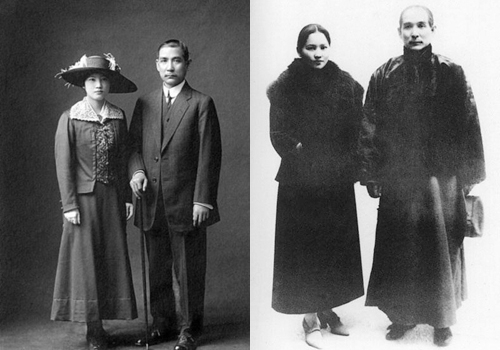 The study room in the west of the second floor houses over 5000 books of both Chinese and foreign countries, with a wide range of content in politics, military, economy, history, geography and law. In addition, there are numbers of maps in different sizes hanging on the walls, one of which was hand painted by Mr. Sun himself with Chinese brushes. In the bedroom, except the bed and wardrobe, there is a photo of the couple in Shanghai, and on the wall of the corridor, another photo of Sun Yat-sen and Song Chingling which was took after their wedding in Japan in 1915. In the small sitting room in the north there exhibits a Chinese tunic suit, a linen suit, wallet, glasses, dinnerware and part of medical equipments that Mr. Sun used during his northern expedition.

Definitely, there is also a series of exhibitions of the historic material of Sun Yat-sen, introducing his magnificent achievements in Shanghai, and totally over 1000 precious pictures and relics are displayed.