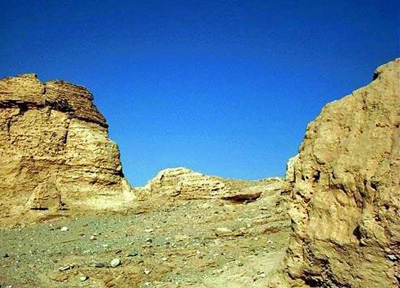 Qiemo County, or Cherchen County in Uyghur language, 1270 kilometers to the provincial capital Urumqi City, is under the administration of the Bayingolin Mongol Autonomous Prefecture in the south of Xinjiang Uygur Autonomous Region. Located in the southeast edge of Tarim Basin and at the northern foot of Kunlun Mountains and Altun Mountains, Qiemo has a common border with Ruoqiang County, neighbors Minfeng (of Hotan Prefecture) in the west, Tibet in the south, stretches into Taklimakan Desert in the north and faces Shaya County of Aksu. It is divided into 1 town, 11 townships, 1 seed multiplication farm, 2 state livestock farms, 2 agricultural comprehensive development zones and 1 Xinjiang Production and Construction Corps. Covering 138,680 square kilometers, Qiemo County is the second largest county in China just after Ruoqiang County. Of its 63,000 inhabitants, 76.95% are Uyghur, with the reminder belong to other 12 nationalities, such as, Han, Hui, Kirgiz, Xibe, Uzbek, Mongolian, Man, Kazak, and so on. History of Qiemo - an important stop of ancient South Silk Road with a long history Qiemo was originally the name of an ancient kingdom in the area in Han Dyn... More information about Qiemo » 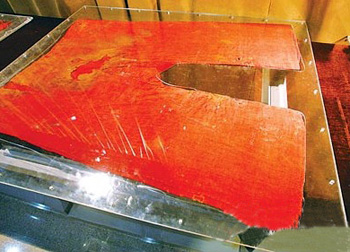 Discovered in 1930 in a small county located 10 kilometers west from Qiemo city, this imperial grave is 100 meters long and an amazing 750 meters wide, the entire grave site covering an area of several kilometers has hundreds of graves without coffins, including several mass-graves and single graves. Because of the dry, arid climate not only are the bodies well preserved, the implements buried w...

All Photos of Qiemo» 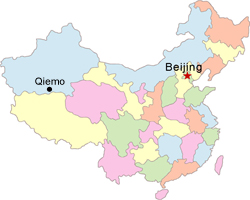