Qiemo County, or Cherchen County in Uyghur language, 1270 kilometers to the provincial capital Urumqi City, is under the administration of the Bayingolin Mongol Autonomous Prefecture in the south of Xinjiang Uygur Autonomous Region. Located in the southeast edge of Tarim Basin and at the northern foot of Kunlun Mountains and Altun Mountains, Qiemo has a common border with Ruoqiang County, neighbors Minfeng (of Hotan Prefecture) in the west, Tibet in the south, stretches into Taklimakan Desert in the north and faces Shaya County of Aksu. It is divided into 1 town, 11 townships, 1 seed multiplication farm, 2 state livestock farms, 2 agricultural comprehensive development zones and 1 Xinjiang Production and Construction Corps. Covering 138,680 square kilometers, Qiemo County is the second largest county in China just after Ruoqiang County. Of its 63,000 inhabitants, 76.95% are Uyghur, with the reminder belong to other 12 nationalities, such as, Han, Hui, Kirgiz, Xibe, Uzbek, Mongolian, Man, Kazak, and so on. 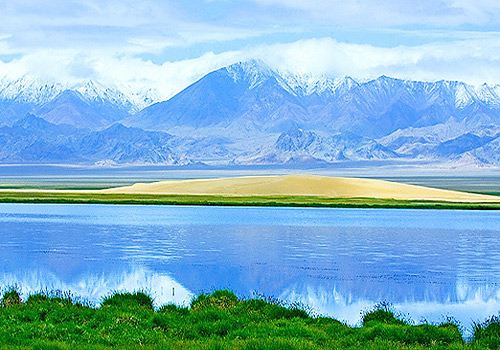 Qiemo was originally the name of an ancient kingdom in the area in Han Dynasty (202B.C.-220A.D.); though changed for times in different dynasties in the history, such as Boxian in Tang Dynasty (618-907), Zhelihui in Yuan Dynasty (1279-1368), Chelichang in Ming Dynasty (1368-1644) and Kaqiang in Qing Dynasty (1644-1911), the area restored its name of Qiemo in 1914. Things about Qiemo were known to the people lived in Central Plain begun just after the visiting to western regions paid by the famous envoy Zhang Qian in Western Han Dynasty (206B.C.-24A.D.). But Qiemo was firstly recorded in books in Han Shu (or History of Han Dynasty) as Qiemo Kingdom; and in the Records of Western Regions written by the eminent monk Xuanzang of Tang Dynasty, the great pilgrim had once detailedly described the area. And it was from Sui Dynasty (581-619) that the central government started to set up affiliated office to manage local affairs in Qiemo. With a very ancient history, Qiemo is just not only one of the 36 ancient kingdoms in western region, but also both the origin of the ancient Jade and Jewel Road and a key position of the South Silk Road.

Qiemo Nowadays - rich tourism resources in both culture and nature 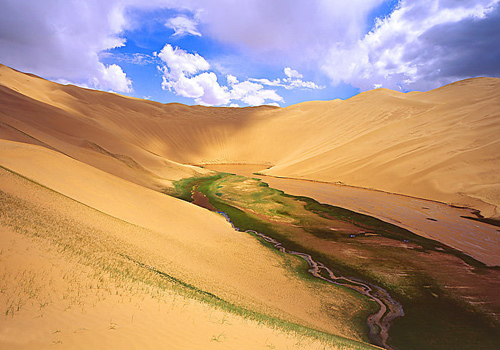 The original place of the ancient Jade and Jewel Road as well as an important stop of the South Silk Road, Qiemo has a lot of to offer- numerous historical relics and ruins, unique Uygur folk customs of primitive simplicity, and surely diversified natural wonders of this wide stretches of land. Here are insidious and enigmatic luxuriant Kunlun Mountains, fantastic desert landscape, varied and graceful primeval Populous euphratica forest, snow-covered glaciers, high peaks with more than 6000 meters above the sea level, the largest wild life reserve of Altun Mountains in China….Furthermore, the mysterious ancient path to Tibet, ancient cliff paintings, ruins of ancient cities and tombs attracts tourists and adventurers from home and abroad in an endless stream…