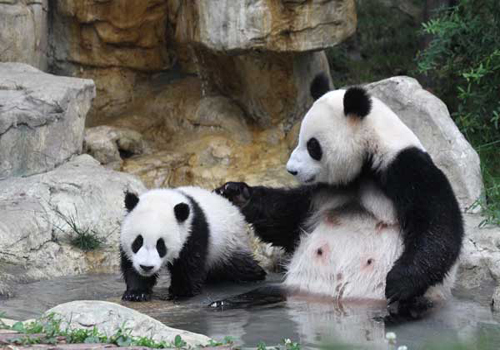 Chengdu, provincial capital of Sichuan province, will become the fourth Chinese city after Beijing, Shanghai and Guangzhou to adopt a 72-hour visa-free policy.

The policy, which will go into effect on Sept 1, will allow transit passengers from 45 countries who have valid visas and flight tickets to a third country to stay up to 72 hours in Chengdu and cities and counties under its administration, according to the city government.

Those who overstay their visit may be fined, detained or deported from the country, said Chen Yongzhi, deputy chief of Sichuan Armed Police Frontier Corps.

When the policy is implemented, Chengdu will be the first city in an inland region of China to adopt the visa-free plan.

With a population of more than 14 million, the provincial capital of Sichuan received 122 million tourists last year. Around 1.6 million came from abroad, according to government figures.

In comparison, Hangzhou, the capital of Zhejiang province with a population of 8.8 million, received more than 3.3 million overseas tourists in 2012.

Robert Barsby, a British hotelier in Chengdu, said the visa-free policy will enhance the city's international image. He said it would be convenient for international business travelers to visit the city or access it in transit.

Shuangliu International Airport in Chengdu, the fourth largest in China in terms of passenger traffic, has 22 direct flights to 16 countries and regions around the world. The number of people passing through China via the airport is expected to surpass 2.3 million at the end of this year.

Luo Xiaohu, an officer with the Sichuan Armed Police Frontier Corps, said a major reason why Chengdu was chosen as the first city in an inland region to adopt the visa-free policy is because it has more international flights than any other city in central and western China.

Several foreign general managers at international five-star hotels in the city said they believe the policy may boost the hospitality industry, which has been sluggish since the country's new leadership discouraged government officials from extravagant galas and events this year.

Through the first half of this year, six international five-star hotels in the city, including Shangri-La, Regal Master and the Kempinski, lost 60 million yuan ($9.77 million) in room bookings, compared with the same period last year, said Barsby, general manager of the Regal Master Hotel in Chengdu, who has lived in China for almost 20 years.