While mentioning Suzhou, the word may first come to mind is garden. Suzhou in China’s east Jiangsu Province is reputed as the Garden City in China for its unique garden landscapes. It must be said that gardens there which with the Garden of Master-of-the-Net, Lion Grove Garden, Humble Administrator's Garden and Lingering Garden as the representative ones are really famous. However, the typical scenery of stone bridges over flowing streams, ancient houses reflected in clear waters, small boats up and down the silk-like rivers in ancient water towns of Suzhou can absolutely not be ignored.

Thanks to the oil painting Memories of My Hometown created by famous Chinese artist Chen Yifei and exhibited in Hammer Galleries in 1984, the beauties of Zhouzhuang Water Town in Kunshan City of Jiangsu Province was displayed to Americans and then to the world. When foreign friends crowded to visit the town, other ancient water towns near Zhouzhuang were also gradually found. I’d like to introduce some of them in Suzhou which are less referred to.

Tongli – Small Venice of the East
The first time came across Tongli was from some film, and got to know it’s a quite amazing place. As time passes by more information received about the ancient water town: it is called Small Venice of the East and located at the intersection of Jiangsu Province, Zhejiang Province and Shanghai; 15 rivers divides the town into 7 islands that connected by 49 bridges; the Retreat & Reflection Garden which epitomizes architectural art of garden on the Yangtze Delta in Qing Dynasty is just in the town; there are famous Tongli Film Base, special ancient bridges among which the oldest one has a history of more than 700 years, long and narrow lanes paved with jagged slabs of stones... 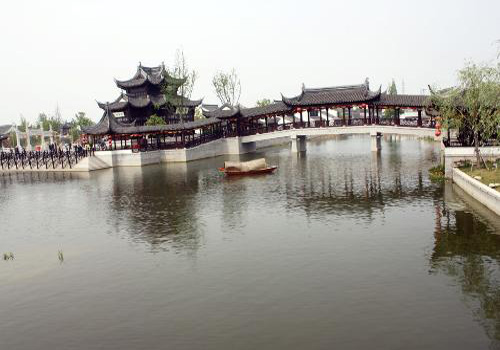 Luzhi – Name Hard to Remember, Scenery Difficult to Forget
Situated about 25 kilometers to Suzhou City, Luzhi is an ancient town with a history of over 2,500 years. “Lu” in Chinese is a word unfamiliar to many people, however, the typical scenery of the water town will definitely leave you deep impression. Surrounded by five lakes, Luzhi is featured with abundant water and bridges. Ancient people there built houses along the rivers and formed streets on the banks. Bridges with different shapes crosses the waters: big multiple-hole bridges, small single-arch stone ones, spacious arched or narrow flattened bridges...Though Luzhi is not as famous as Zhouzhuang, it experiences the alternation of seasons quietly like a introverted girl. 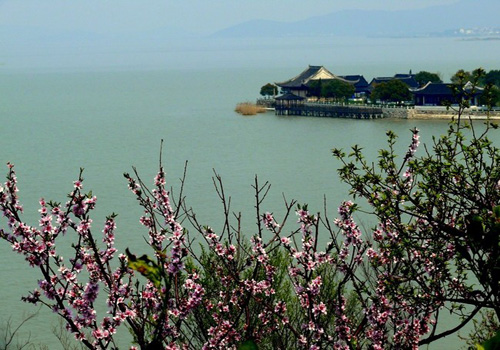 Guangfu – Hometown of Xiangxuehai (one of the four resorts to enjoy plum blossoms in China)
Get close to the Guangfu Ancient Town, which sits on the side of Taihu Lake, you won’t find numerous bridges and pavilions full of your eyes like in most of other ancient water towns--the characteristics of traditional water towns at this place are gradually disappearing. But the long history of over 2,500 years here tells people its antiquity, and the architectures deeply marked with Wu Culture in Chinese history still stand in the town of traditional crafts. Most of those who visit Guangfu today would rather to enjoy the sea of plum blossoms, a unique scene among ancient water towns.