Dynamic cosmopolis, shopping & food paradise, soaring towers are among the common words for Hong Kong, a city known as The Pearl of the Orient and a leading financial, economic and trade city in Asia and in the world often compared with Shanghai, New York and London. However, the city offers more than Victoria harbor, Repulse Bay, but a blend of amazing modern architecture with historical styles. Sheung Wan, in the Central and Western District, is the earliest developed area after Hong Kong Port’s opening in 1841. Up to this day, those old-fashioned streets and authentic restaurants in the area still maintains its particular genre of old Hong Kong. Just take a double-decker bus to travel between Sheung Wan and Wan Chai, leisurely stroll in the lanes to shop around, and have a typical Hong Kong meal, the steamed rice in clay pot with cured meat. It is the way to capture vestiges of old Hong Kong.

In middle 19th century, because of the turmoil of Taiping Rebellion, many coastal mianlanders flea for safety to Hong Kong and settled here with their money and business experiences. For years, they made the area the earliest developed area, a main business district, and a entrepot of rice and marine food products.

Hollywood, has nothing to do with American Hollywood, is so named for holly wood in the area, was the first street built after the opening of Hong Kong Port. The section of the road in Sheung Wan is a famous gather place of curio dealers. Elegant antique shops here sells ancient-style ceramics, furniture of the style of Ming and Qing dynasties, antique paintings, postage stamps, ancient coins...Though goods are expensive, the strong traditional style here attracts travelers at home and abroad. 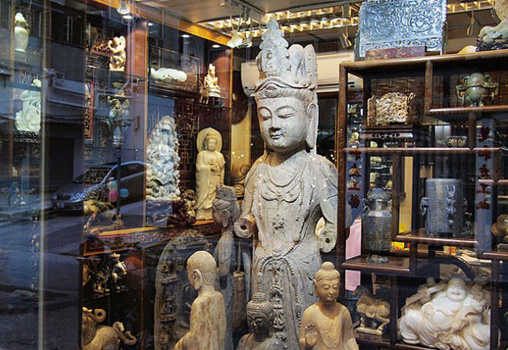 The history of Upper Lascar Row can dated to early 20th century when it was a known dealing place for stolen treasures. Now it is a famous antiques street in Hong Kong, about 200 meter long, with over 30 antique shops standing on the narrow streets and alleys, selling jade, ceramics, bronze statues, bronze tripods, metals and stones, paintings, gold lacquers, woodwares... and old objects like watches, pens, phones, and western dolls Mickey, Barbie... 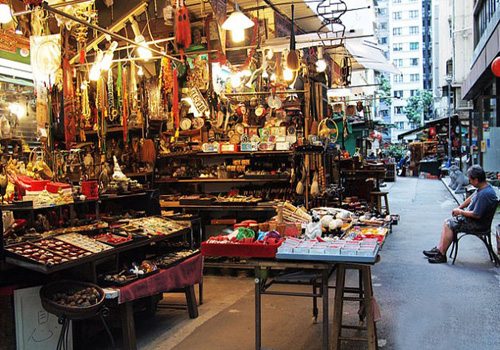 All old-style Hong Kong people without exception has a special complex with Luk Yu Tea House, a culture symbol of Hong Kong with a history over 80 years. When push the quaint wood-glass door of the house, a scene of the typical design half a century ago is in sight, the coffee woody wall, black couplet on red papers, mirrors inlaid with glasses, santos rose wood fitment, red glaze vase, old ceiling fans... 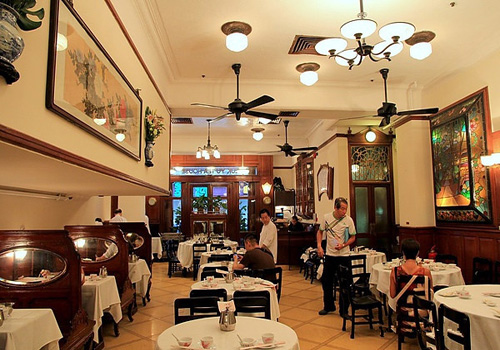 Pottinger Street is a famous street with vestiges of old Hong Kong hidden in the most flourishing district of Central Hong Kong between Hollywood Road and Queen’s Road Central, and extends along the mountain road. Named after the first governor Henry Pottinger, the street was paved with flagstone for skid resistance.

This ancient temple was built before 1847 to enshrine Hung Shing King, a god deeply respected by fishermen and the most important belief in local. The stone rails and steps are hundreds of years old, the couplets on columns were inscribed in 19th century, and the construction style are so unique as the temple was built on the hill with huge stones. 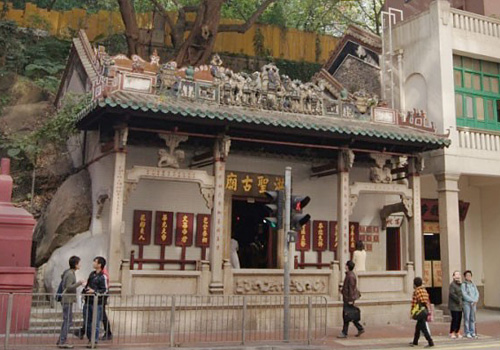 Built in 1912, Old Wan Chai Post Office is the oldest in Hong Kong which has been declared as a historic site in 2007. Its traditional style golden top constitutes a special scene with its adjoining soaring buildings and shopping malls. The interior of the post office still retains the used counter service, post office bos, and stamp vending machine. 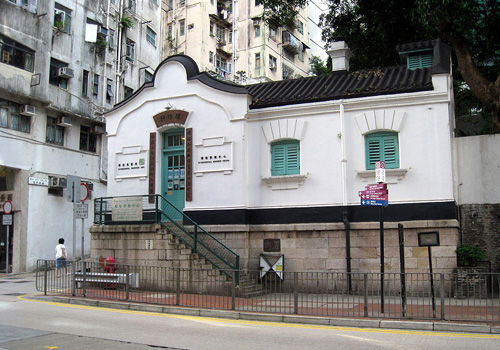 Blue House, so named for its exterior blue color, is the most representative old house in Wan Chai which still inhabited by residents, It is one of the remaining examples of Tang Lou (a popular style from late 19th century to 1960s in Hong Kong) and is classified as a historical building. This 4-storey balcony-type tenement block was first a hospital, then a temple to enshrine Hua Tuo (141-203, a well known doctor in Chinese history). Now its first floor serves as a clinic and a life house displays daily use articles of Wan Chai people in former days. 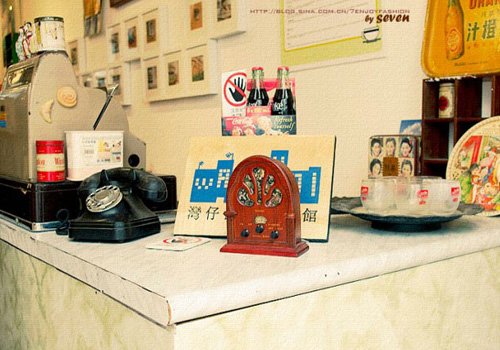