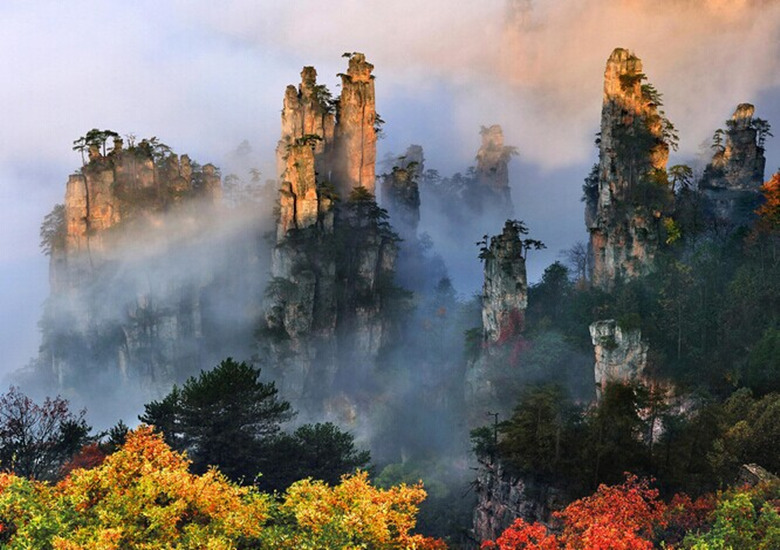 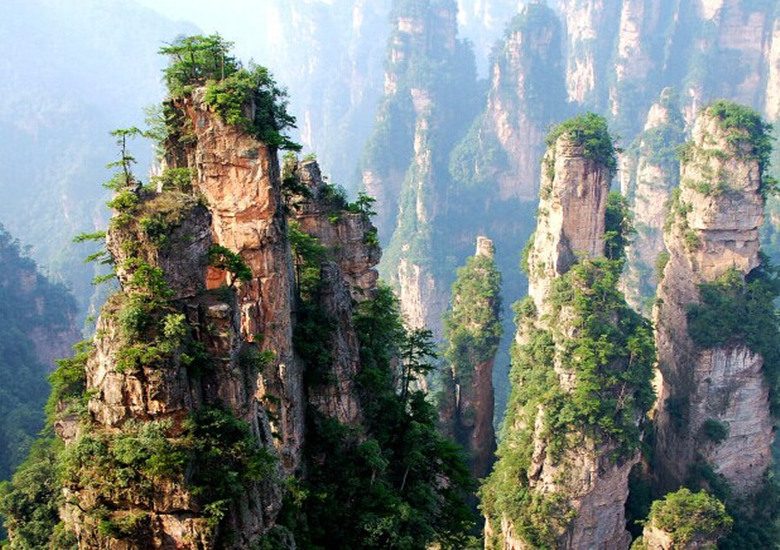 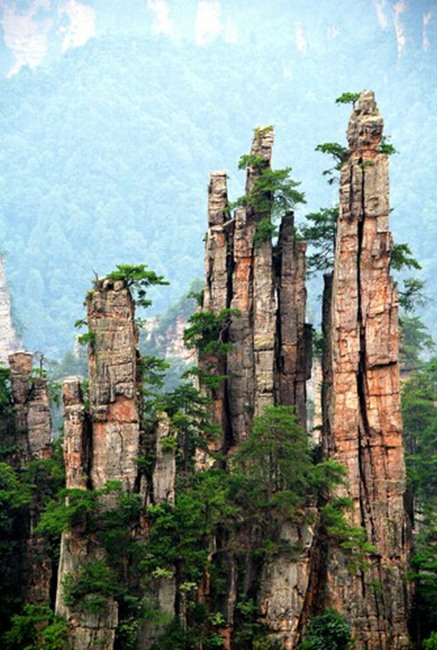 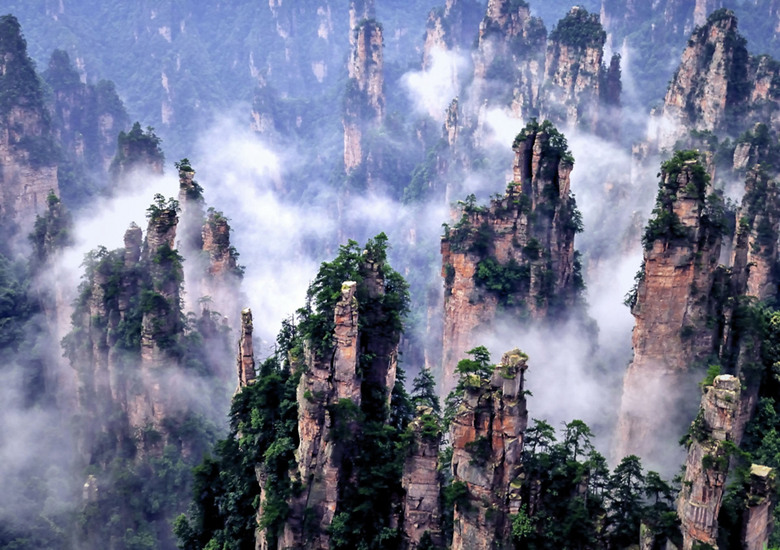 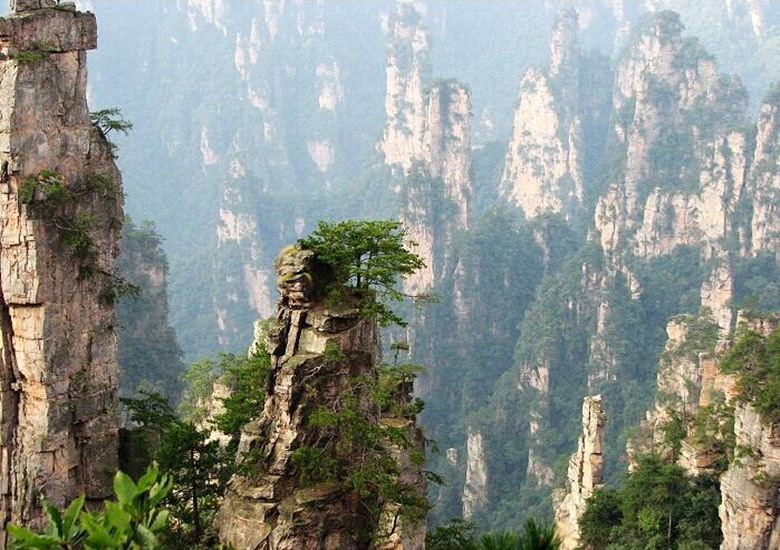 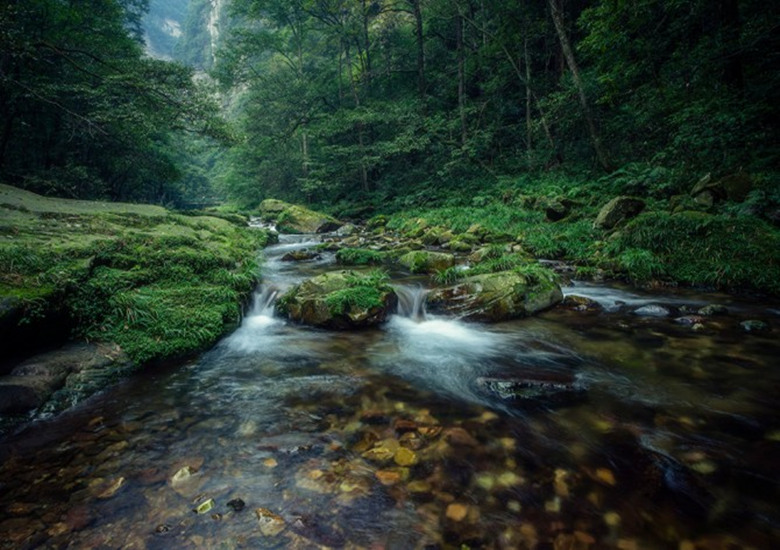 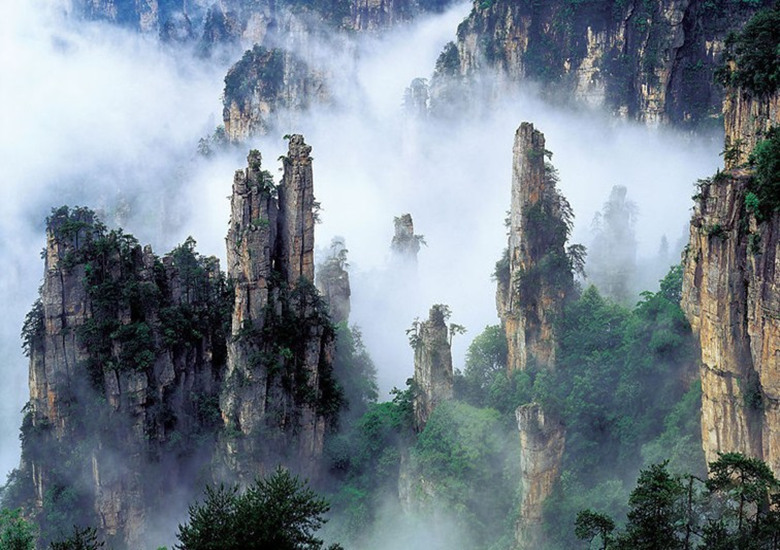 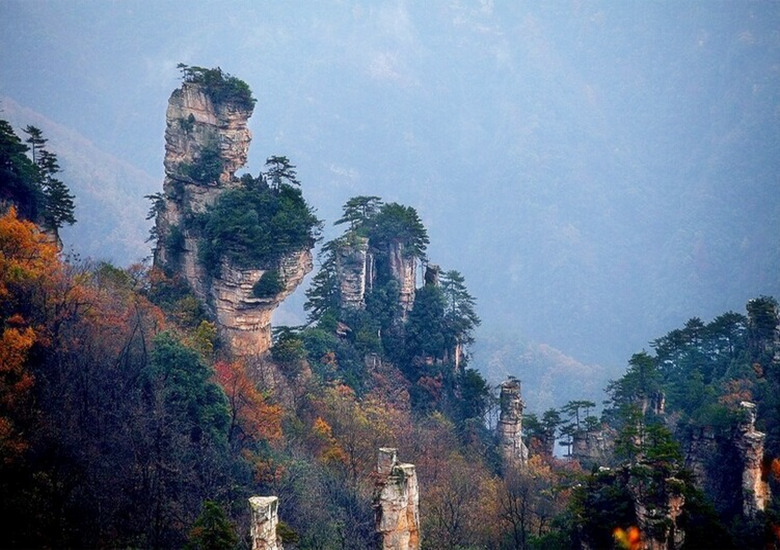 
Chinese name: 武陵源景区 (Wulingyuan Jingqu).
Location: Wulingyuan District, Zhangjiajie City, Hunan Province.
Opening time:
- April to October: 08:30-17:30;
- November to March: 09:00-17:00.
Best time for visit: June and October.
How to get there: Wulingyuan Scenic Area is about 30km from downtown Zhangjiajie. Buses to Wulingyuan leave from the coach station nearby the railway station every 10 minutes from 05:00 am. It takes about 45 minutes to get there.

Hundreds of millions ago, Wulingyuan was originally a mighty ocean, which was moved and carved by the nature ceaselessly and created the particular sandstone landform of the area finally. Dotting with upright peaks, steep cliffs, stone bridges and caves, ancient and rare trees, floating clouds, lovely streams and waterfalls, the scenic area is just like a huge amazing garden of nature as well as home to rare animals.

Due to its charming primitive beauty and precious natural value, Wulingyuan Scenic Area was added to the World Natural Heritage list in December of 1992 by the UNESCO.

Peculiar Geomorphologic Landscape
The 3103 peaks of quartz sand in Wulingyuan Scenic Area tower from dozens of meters to 400 meters at the height of 500-1000 meters above the sea-level, with a percentage composition of quartz as high as 75%-95%. The peaks usually stand at a distance of 15-20 meters from each other, which makes it a forest of peaks. Besides, Wulingyuan is also rich in various karst landforms such as karst caves, dolines, clints, ponors, underground streams and karst spring. Hailed as a treasure house for studying and researching, Huanglong Cave, the most typical one among all caves in Wulingyuan, is made up of four layers and stretching for about 7.5 km. 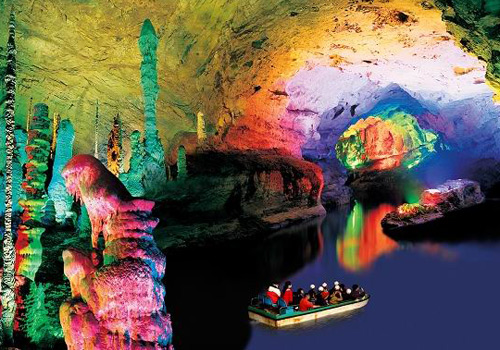 Intact Ecosystem
With a percentage of forest cover of 74.75% including, Wulingyuan Scenic Area provides multitudinous species with good environment and conditions in multiplying because of its complex landform, temperate climate and plentiful rainfall. On the other hand, the inconvenient traffic of the area protects it well from pollution and destroy by human being. According to research, Wulingyuan Scenic Area has never suffered from severe climatic anomaly, soil erosion, rock mass slides, plant diseases or insect attacks. Hence, it can be demonstrated that the scenic area has been keeping an intact ecosystem where numerous rare animals and plants grow. Surveys show that there are approximately 116 kinds of vertebrates living in the area, including three kinds of first-grade ones and ten kinds of second-grade ones. Macaques are the majority of the creatures, estimated to be over 300 ones, and giant salamanders, nicknamed "baby fish" by the local, live in many streams, srprings and deep pools there. 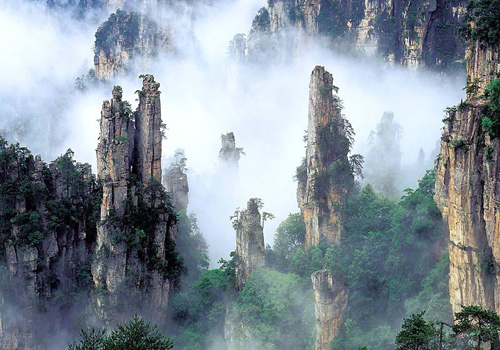 Amazing Meteorological Scenery
Meteorological scenery in the morning and evening varies in sunny and rainy days in different seasons. Cloud and mist are the most common in Wulingyuan Scenic Area. Dense fog usually appears after a rain, then turns into floating clouds which surround the peaks keep them partly hidden and partly visible. Sometimes the sea of clouds rises up above the peaks and forms a marvelous scene of waterfall of clouds.