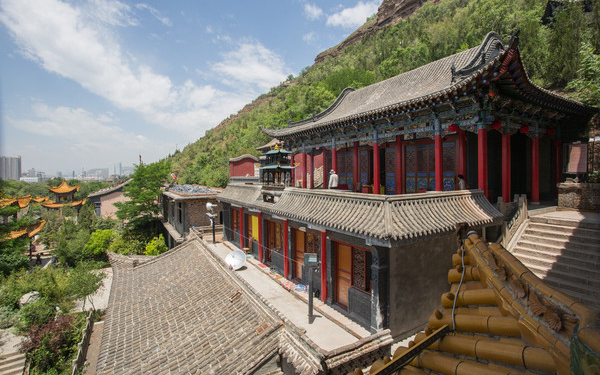 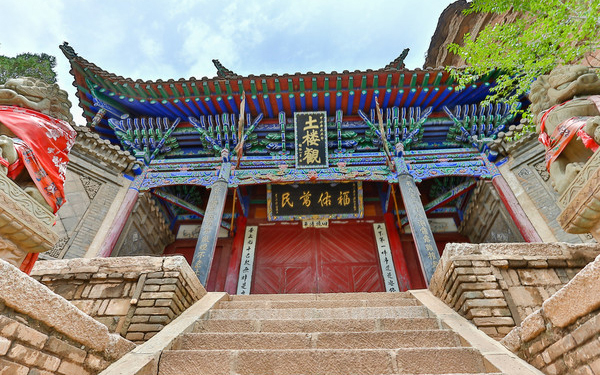 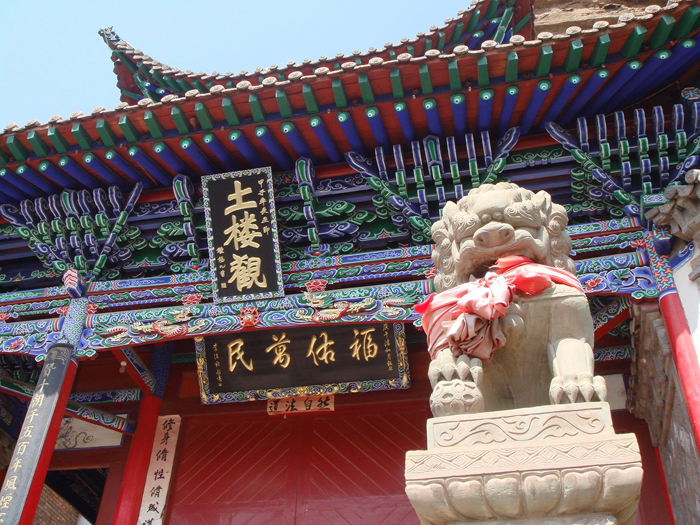 Chinese name: 北禅寺 (Bei Chan Si) Location: on Beishan Mountain, about 5 km from the center of Xining City, Qinghai Province. Opening time: 08:30 -18:00 Entrance fee: CNY5
How to get there: take the special line bus to Northern Mountain where there are cable cars reaching the mountain peak.   Best time for visit: All the year around. 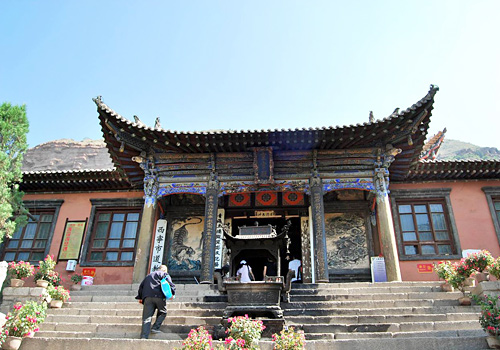 Northern Buddhist Temple is the oldest religious building in Qinghai Province and it is one of the important cultural relic protection units in China. Due to the Buddhist and Taoist architecture styles and unique culture of Taoism, the temple is praised as a bright pearl on the southern path of “Silk Road”. Based on a natural red sandstone faultage, the whole building of Northern Buddhist temple was built from west to east orderly. Carrying huge rock above and facing deep valley below, the temple seems to be hanging in the sky, so the temple also earn the name Xuankong Temple (Hanging Temple) and it is the second largest Xuankong Temple in China.

There are a total of 99 caves at the mountainside of Northern Buddhist Temple, such as Yuhuang Cave, Wuliang Cave, Chengzhang Cave, Qizhen Cave, Heihu Cave, and so on, which are called Nine Grottos and Eighteen Caves. Connected by trestle roads and winding corridor, the caves are interlinked closed. Inside the caverns we can see frescos and sculptures on the wall. The Zaojing design (a kind of decoration in the coping of the caves) and religious frescos of Wei (220-265) and Jin (265-420) dynasties are well-preserved in the caves. These lifelike frescos comprise the contents of historical legend, fable, Buddhist ceremony and the chief of Buddhism. Inside some of the cave groups there are precious Tibetan Buddhism frescos. Because of the Nine Grottos and Eighteen Caves, Northern Buddhist Temple is reputed as "Xiping (the original name of Xining) Mogao Caves" and ranked as a National Key Protection Unit of Historical Relics. 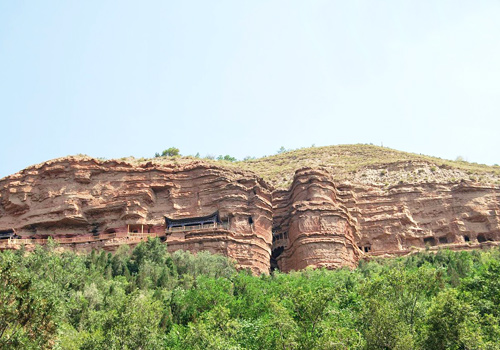 At the entrance of the caves, there were two huge figures of Buddha called Lutian Jingang (Buddha in the open air), which are also called Shining Buddhas. One has already collapsed but the other is still well preserved. The remaining one is more than 30 meters (about 98 feet) high and from afar we can clearly see his head, body, legs and facial features. It is said that based on the original sculpture form, his believers carved this figure of Buddha and to some degree it reflects the artistic style of Tang Dynasty (618-907). It is also said that the Shining Buddha is formed from natural weathering and eroding and it is endowed by the nature. However, nobody knows the real forming process of the Shining Buddha.

Wangmu Hall is the main hall in this temple and also is the main religious activity site. It is said that Qinghai is the hometown of Xi Wangmu (The Queen Mother of the West in Taoism). So, many people believe that Wangmu Hall is the devine and holy place of Xi Wangmu. The hall consists of two layers: the lower layer and the upper layer. Xi Wangmu is worshiped in the lower layer and the highly-respected God of Taoism, Yuan Shi Tian Zun, Ling Bao Tian Zun and Dao De Tian Zun are worshiped in the upper layer. 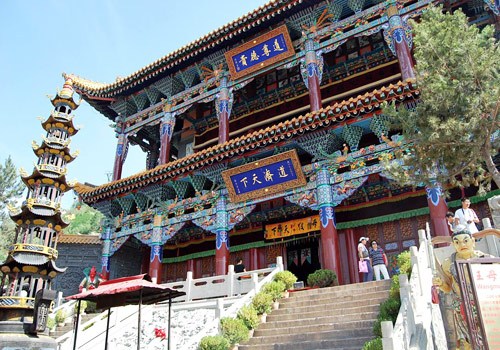 At the top of Northern Mountain there is a pagoda, Ningshou Pagoda, which is built of dark green brick. With a hexagonal surface, five layers and upwarping angles, Ningshou Pagoda is a solid building and it is the highest historical building. When rainy days come, standing at Ningshou Pagoda you can see temples, groups of caves and pagodas appear and hide alternately in the cloud and mist which bring us a sense of poetic and artistic imagery. It is an indistinct and boundless landscape renowned for its name “Misty and Rain of Northern Mountain”, which is listed as one of Top Eight Scenic Views in Xining City.

At the foot of Northern Mountain there is a temple called Lingguan Hall, which was once ruined by war and rebuilt in 1915. There is a mountain gate and wing-rooms at the both sides of hall. A horizontal Plaque with the Chinese characters of the name Lingguan Hall is hanged in the center of the hall. It is said that two apprentices of a renowned Buddhist were buried at the west foot of the mountain which was called Buddhist Tomb by local residents.

Since the Qing Dynasty (1644-1911) when the Chongyang Festival (Double Ninth Festival, happens on Sep.9th of the Chinese lunar calendar) came, the civilians went to the Northern Mountain successively to scatter paper which was imprinted with the Chinese character of deer and horse to worship the Buddha. Especially in recent years thousands of people gather together in Northern Buddhist Temple during Chongyang Festival, during which time, the temple is decorated with lanterns in the evening. It is quite boisterous and noisy.