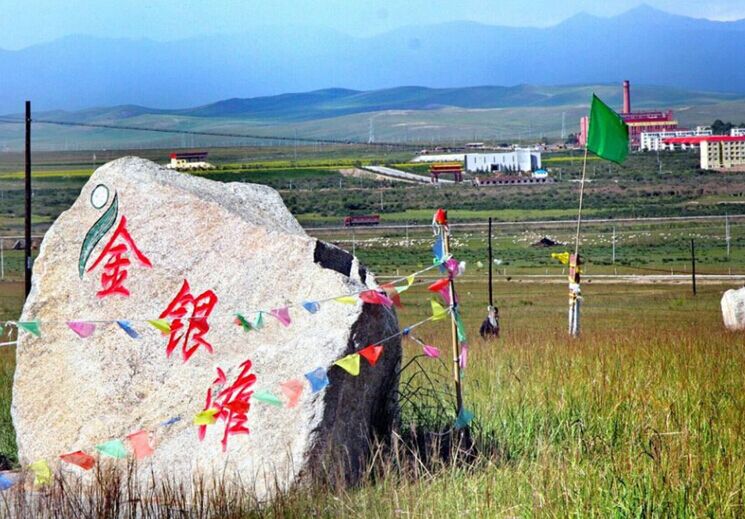 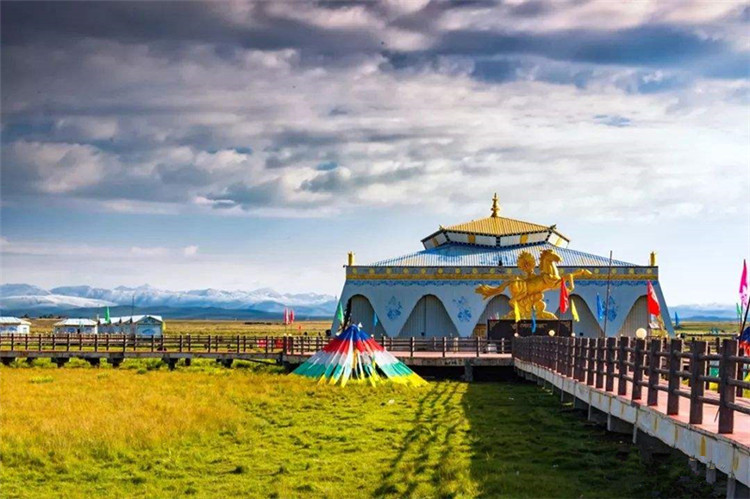 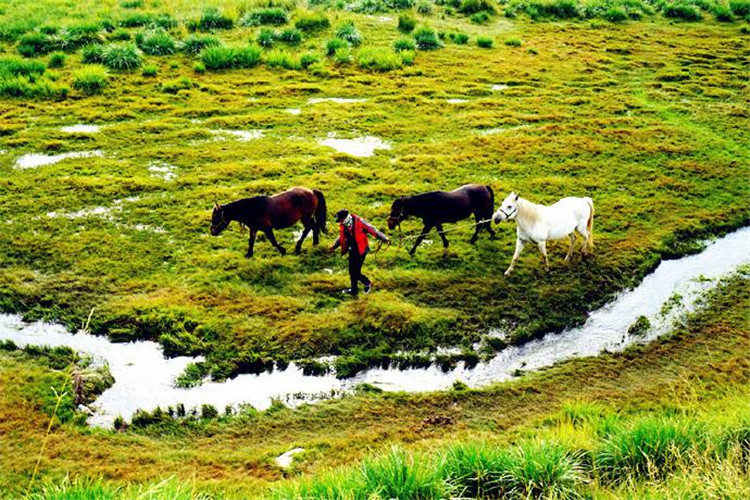 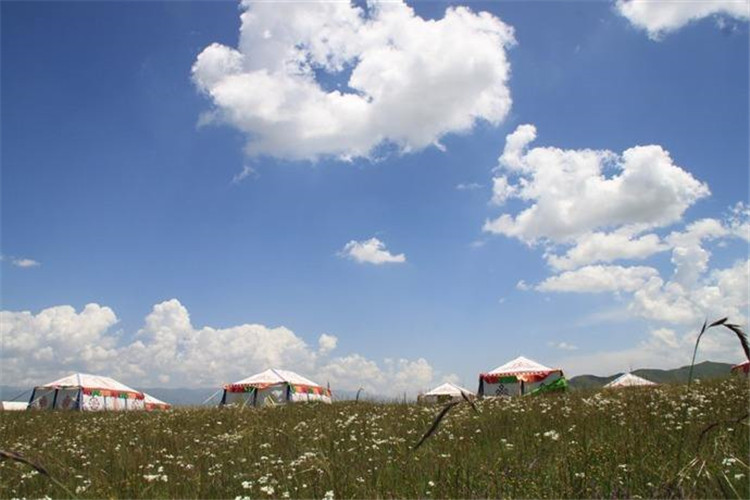 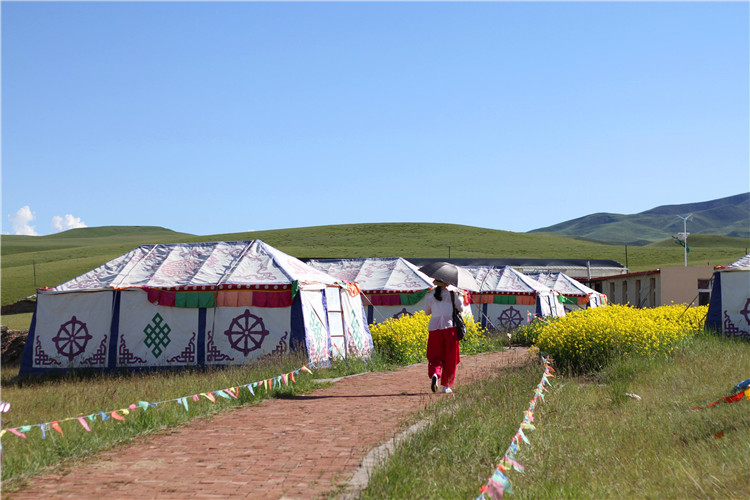 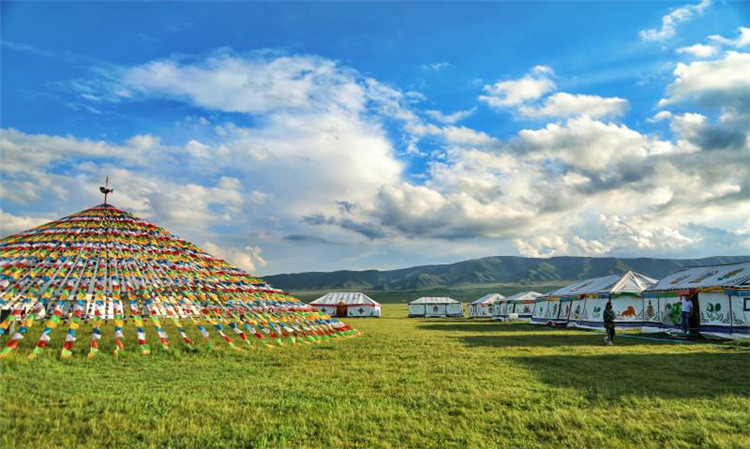 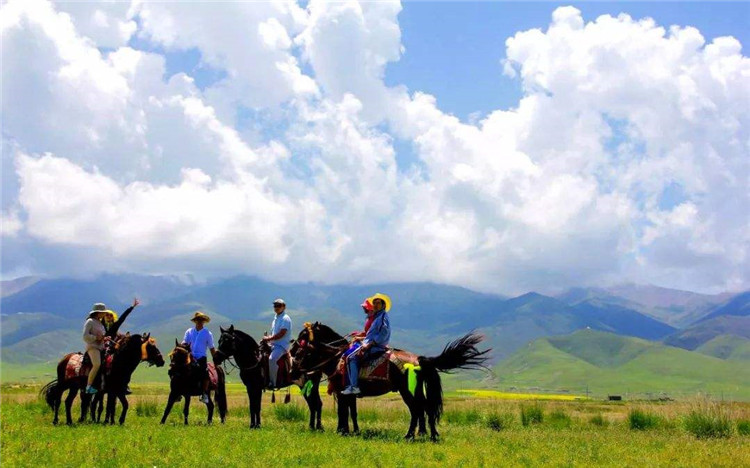 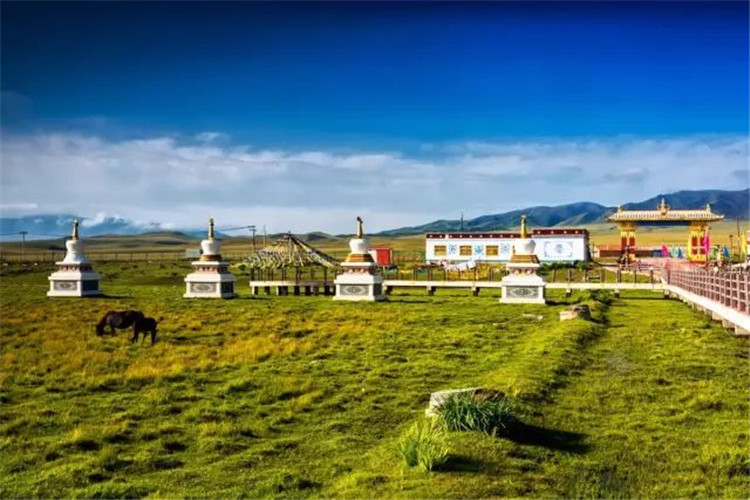 Introduction to Gold and Silver Grassland
With an area of some 1,100 square kilometers, the Gold and Silver Grassland is about 100 kilometers away from the capital city Xining in the east and 28 kilometers away from Qinghai Lake in the south. The Mapi River and the Halijin River run through the grassland. As a typical pastoral area, Tibetan people have lived on this land for generations.

The Gold and Silver Grassland is the birthplace of the world famous song "Zai Na Yaoyuan De Difang ". It was once a little-known mysterious forbidden zone, the China’s first nuclear weapon research base which gave birth to the first atomic bomb and hydrogen bomb in China. Now it becomes a national patriotism education demonstration base and a national key cultural relics protection site. 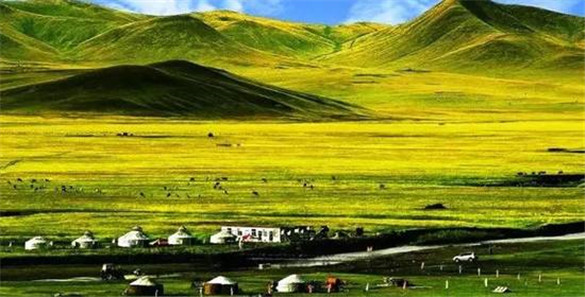 Main attractions in the scenic area
Tibetan Style Garden
In order to promote and create a national AAAA-level scenic spot, the government of Haibei Tibetan Autonomous Prefecture invested the construction of a three-star yurts city - Tibetan Style Garden on the Gold and Silver Grassland, which integrates accommodation, catering, entertainment, cultural exchange, conference and sports shows as one. The garden has a land area of 470 mu, a total floor area of more than 6,000 square meters of yurt buildings, and a maximum daily reception capacity of more than 2,200.

Wang Luobin Music Art Gallery
Wang Luobin came to Xining as a teacher in 1939. The boundless Gobi, towering snow-capped mountains, vast grasslands, blue lakes, and flocks of cattle and sheep inspired Wang's infinite emotion and creative passion. In 1940 when Wang Luobin accompanied a director filming on the Gold and Silver Grassland he created the immortal work "Zai Na Yaoyuan De Difang". The song made the folk songs of northwest China go to the world, and it was even incorporated to music teaching materials by the world-renowned Paris Conservatory.

More than 1,000 classic music works were collected and organized by Wang Luobin during his lifetime, among these over 50 works were completed on the Gold and Silver Grassland. In order to cherish this great folk music artist who carried forward the northwest culture of China, the Wang Luobin Music Art Gallery was built in 2009. The museum displays a large number of photos, real objects and nearly 100 unpublished manuscripts of songs and operas. It is the largest memorial hall in China that reflects Wang Luobin's music culture and the music art in northwest China. 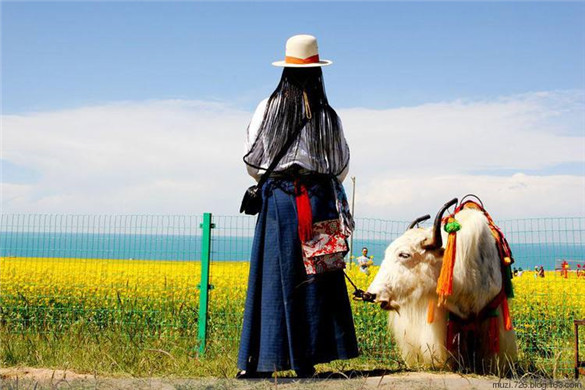 Travel Tips
When first arrive here some people may have altitude sickness and should pay attention to carrying anti-altitude products. It should also be noted that this is a summer resort, and you must even bring a sweater in the height of summer.

Tours including Gold and Silver Grassland