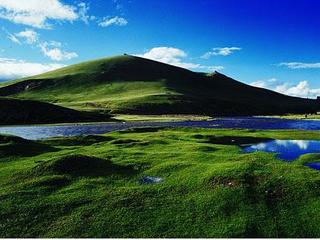 Located in the hinterland of Qinghai-Tibet Plateau in the north of the Tibet Autonomous Region, Nagqu Prefecture is the sources of some of the greatest rivers of China, the Yangtze River, Nu River, Lhasa River and Yigong River. It borders Xinjiang Uygur Autonomous Region and Qinghai Province, meets Chamdo Prefecture to the east, Lhasa, Nyingchi and Shigatse to the south, and Ngari Prefecture to the west. With a jurisdiction over 10 counties, 1 special administrative region and 114 townships, Nagqu Prefecture has a total population of 390 000 (of which Tibetans accounts for 98% of the population). With an average altitude of more than 4500 meters, the climate of Nagqu is dried and severe cold in general with only half of the oxygen content if compare with that in the sea-level areas. However, it is these snow-covered mountains and wide stretches of the natural grassland that create a field of fortune with abundant resources, such as minerals, floristics and animals, and brings about well-developed stock raising. History of Nagqu- a location of strategic importance of ancient regimes Nagqu, named after the Nagqu River (the upper reaches of the Nu River) in the re... More information about Nagqu »

Chinese name: 纳木错 (Na Mu Cuo) Location: Namtso Lake is about 100 kilometers north from Lhasa. Admission fee: RMB100/p.p (peak seasons from May 1st to 31st Oct.) and RMB50/p.p (off seasons, Nov. 1st to Apr. 30th.) Opening time: 06:00-18:00. Best season to see the Namtso Lake: Visitors have to visit there during June to September although it is the raining seasons of Tibet, the visiting to t...

All Photos of Nagqu» 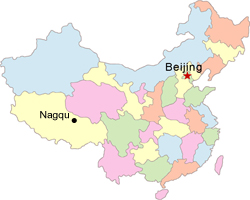